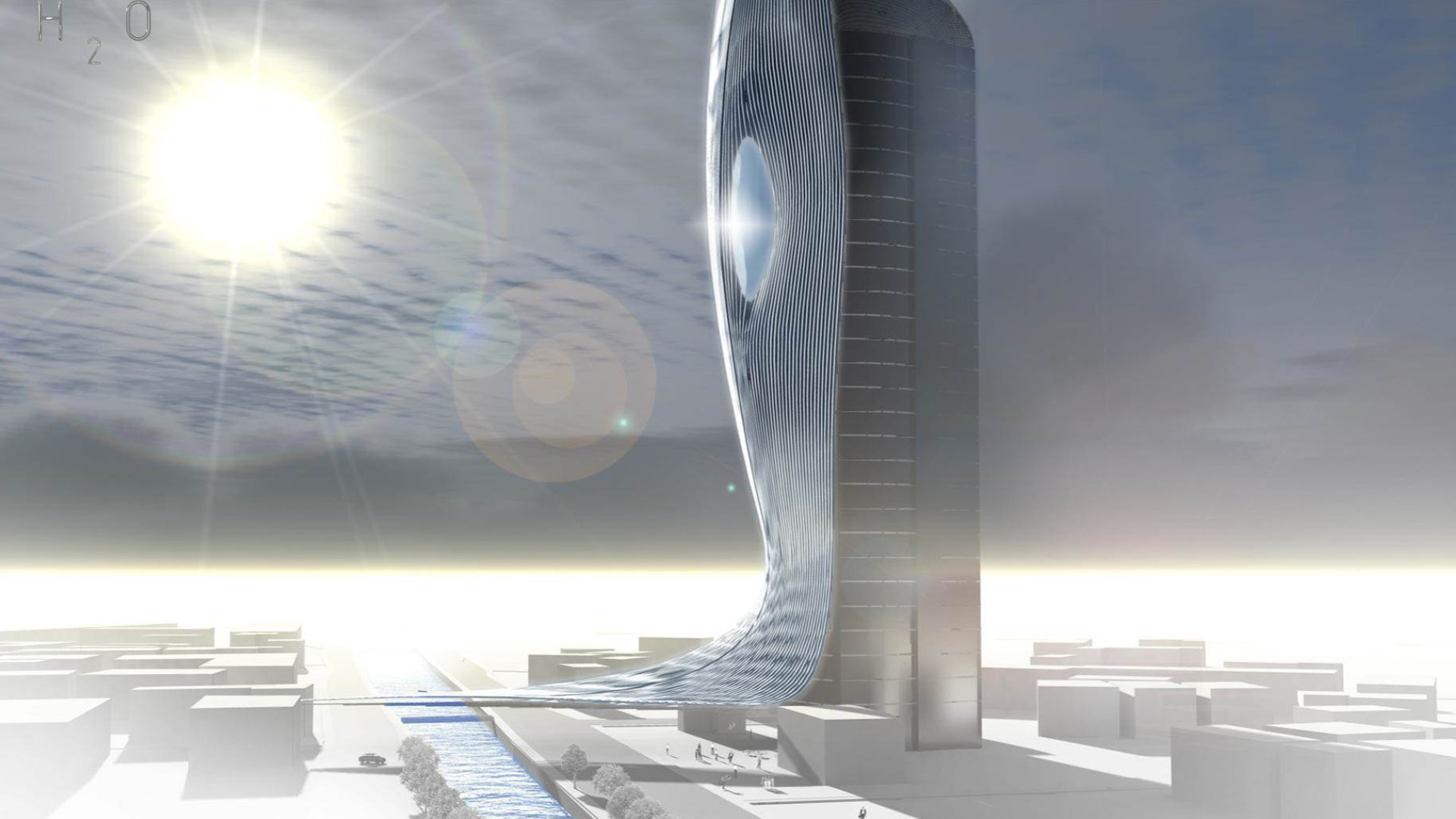 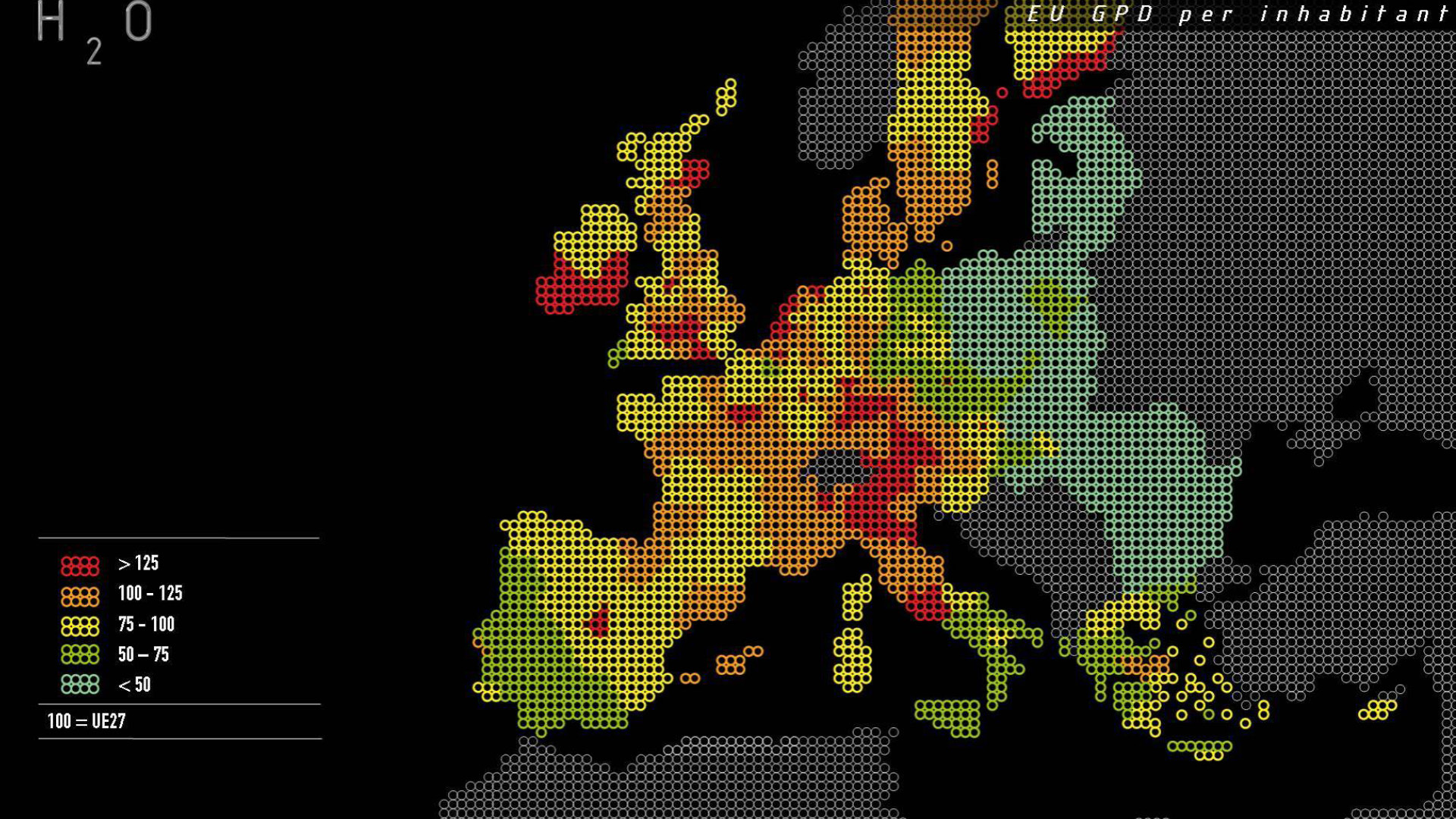 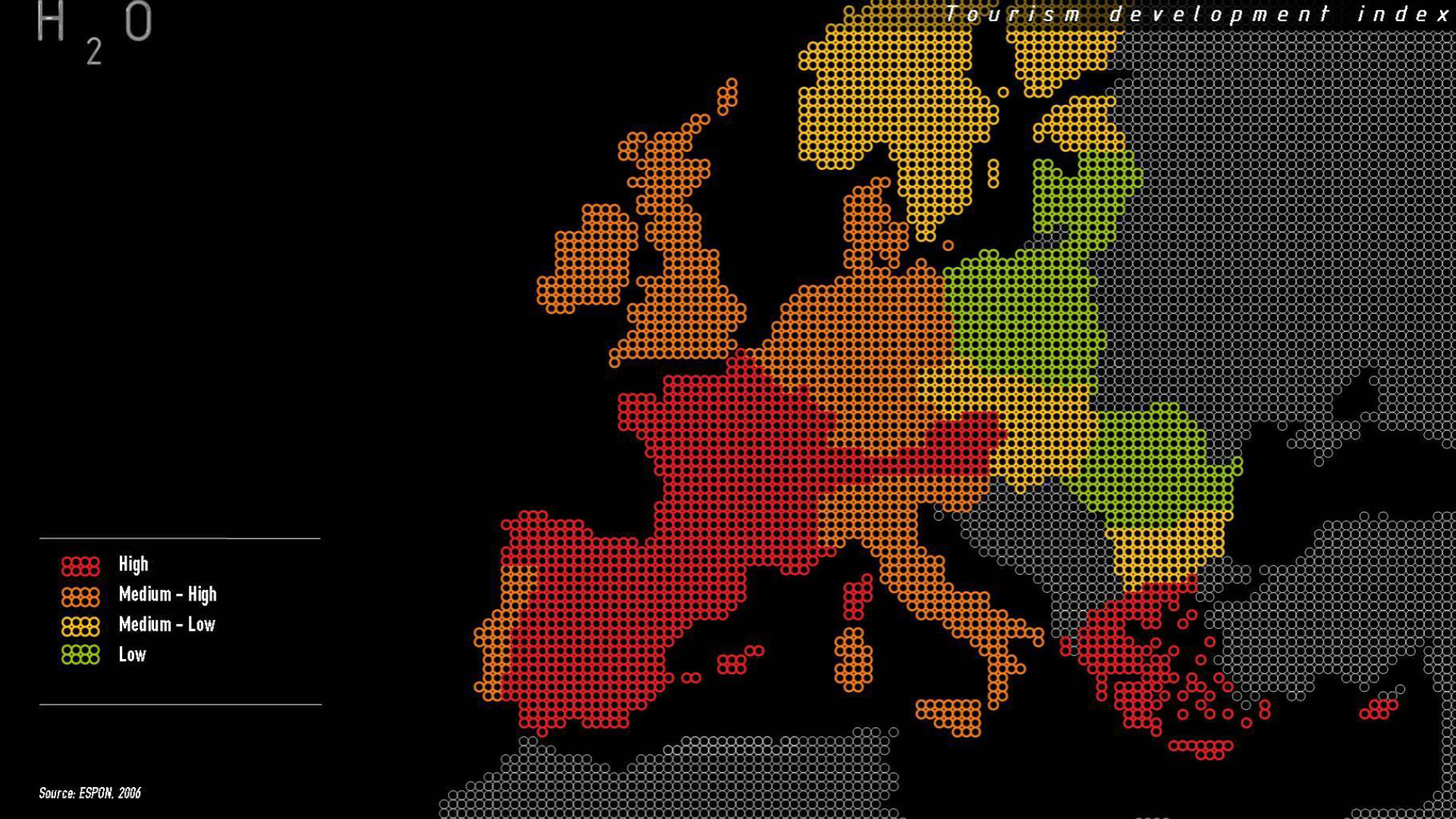 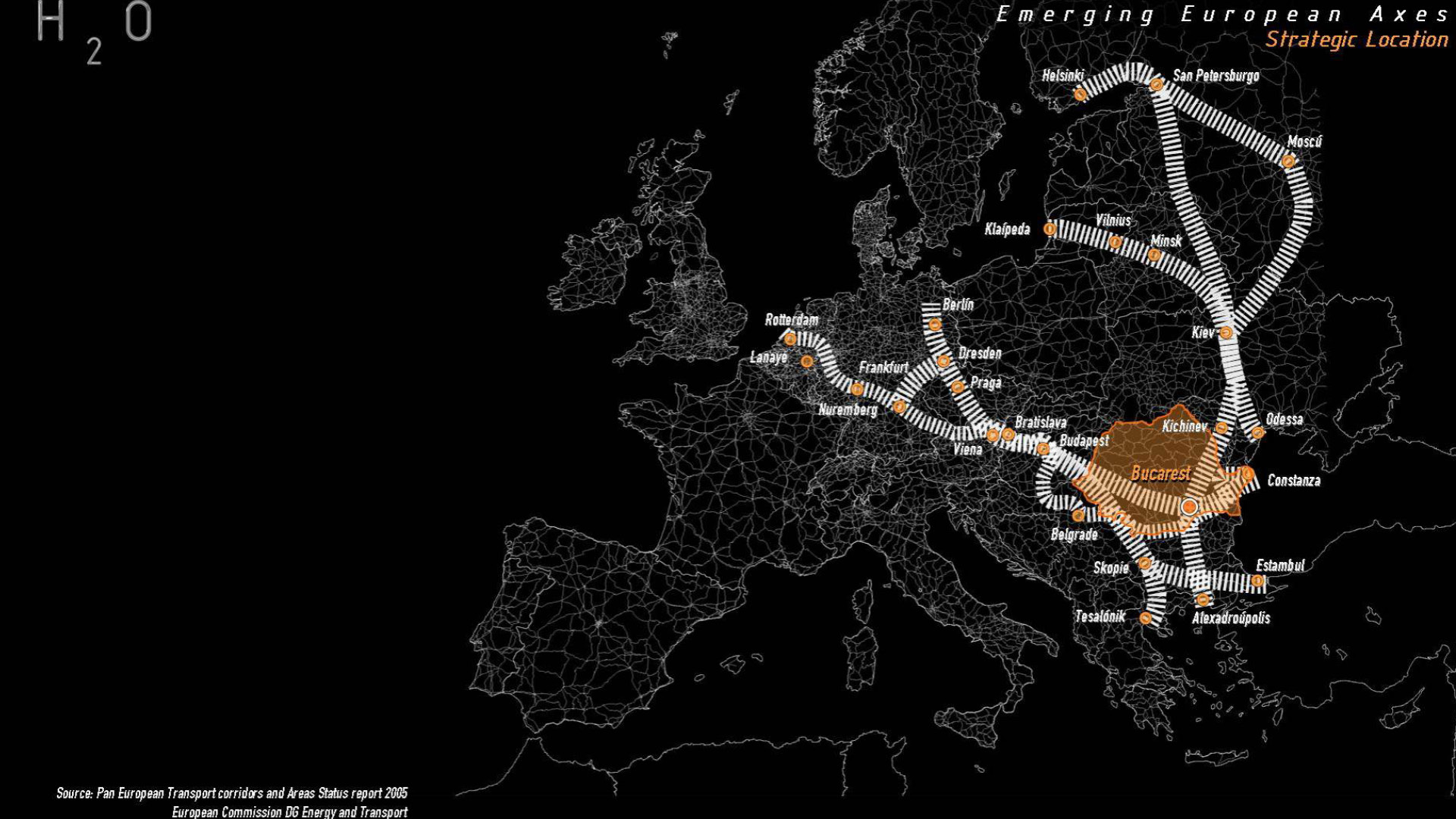 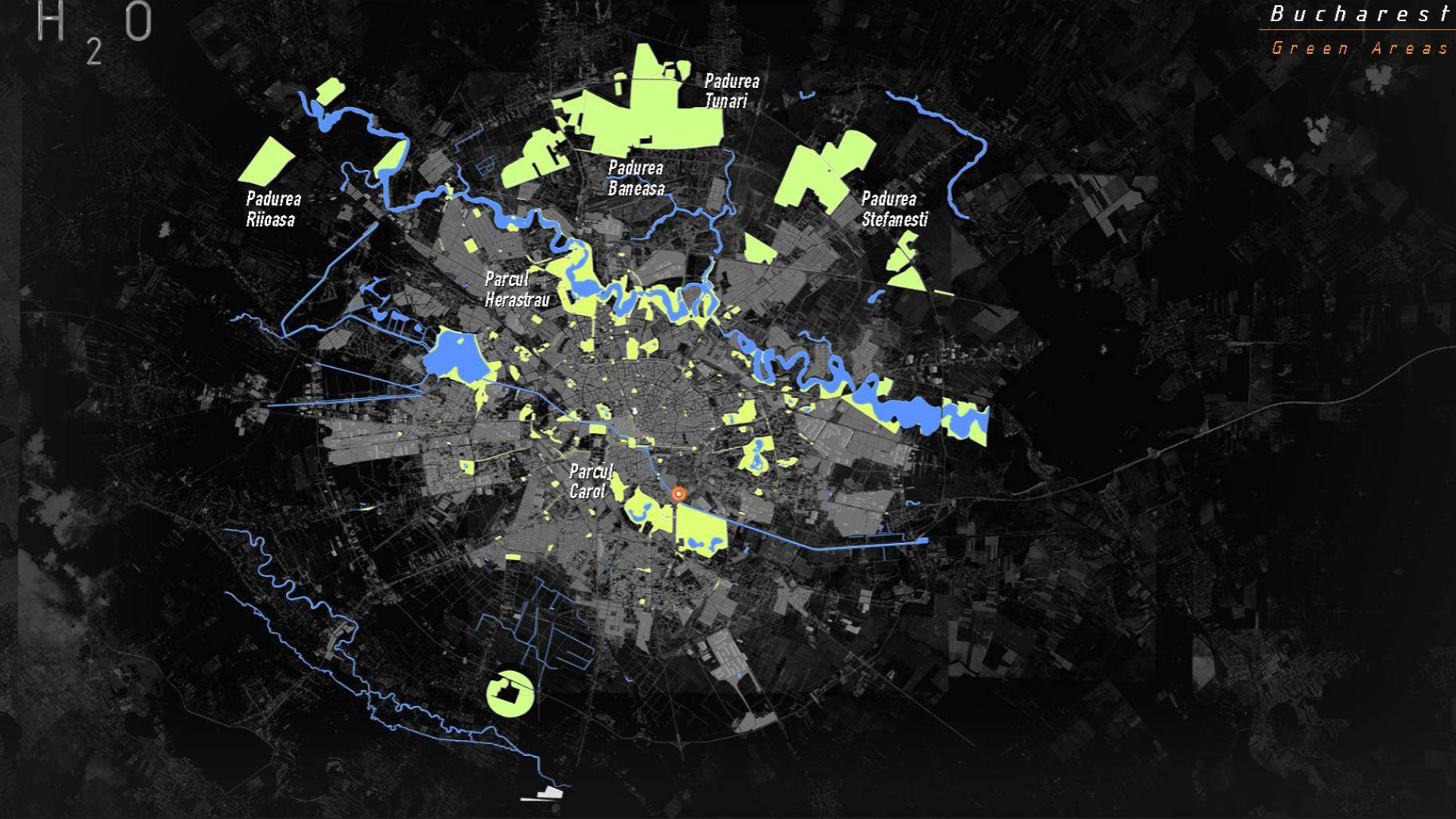 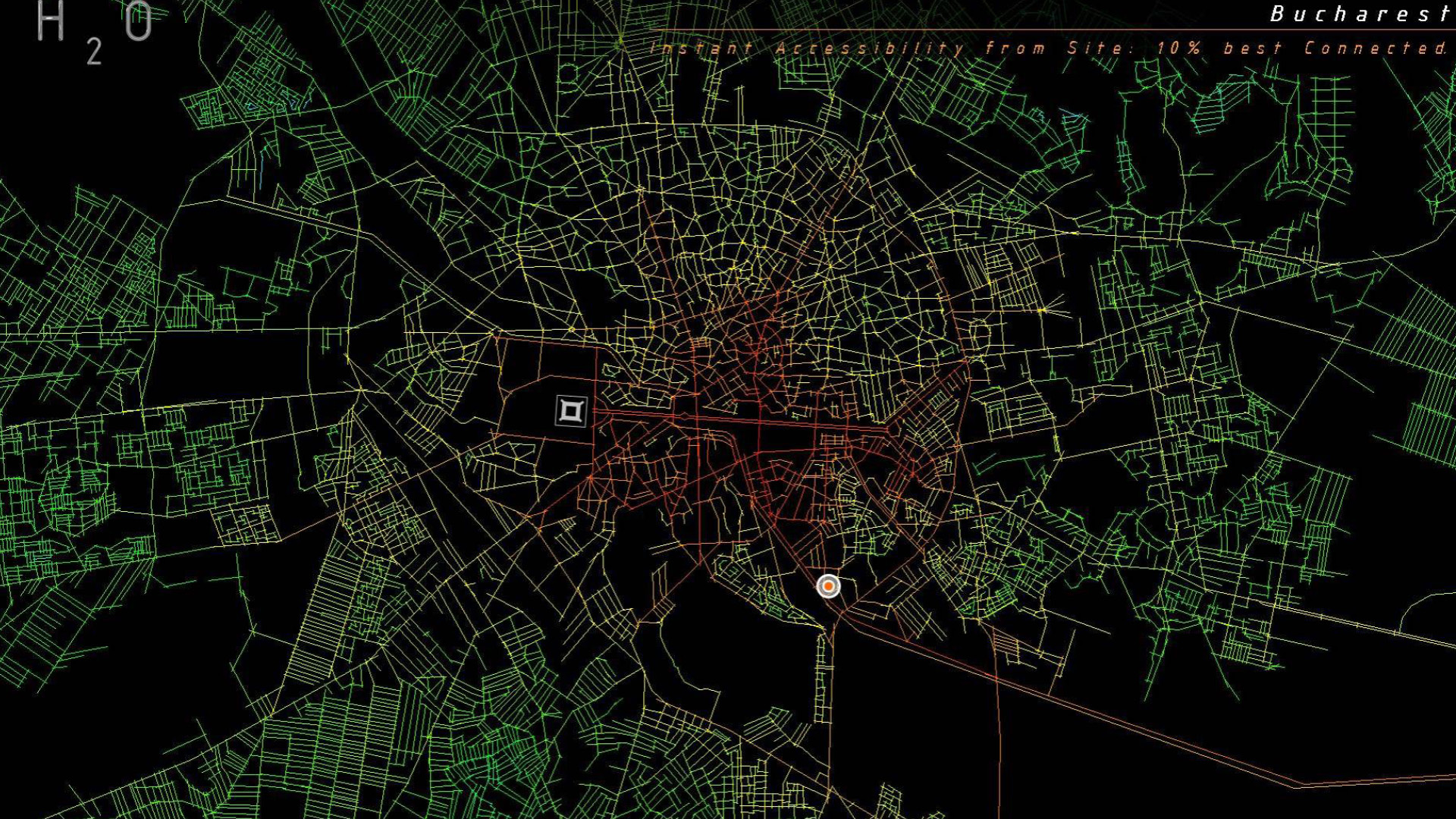 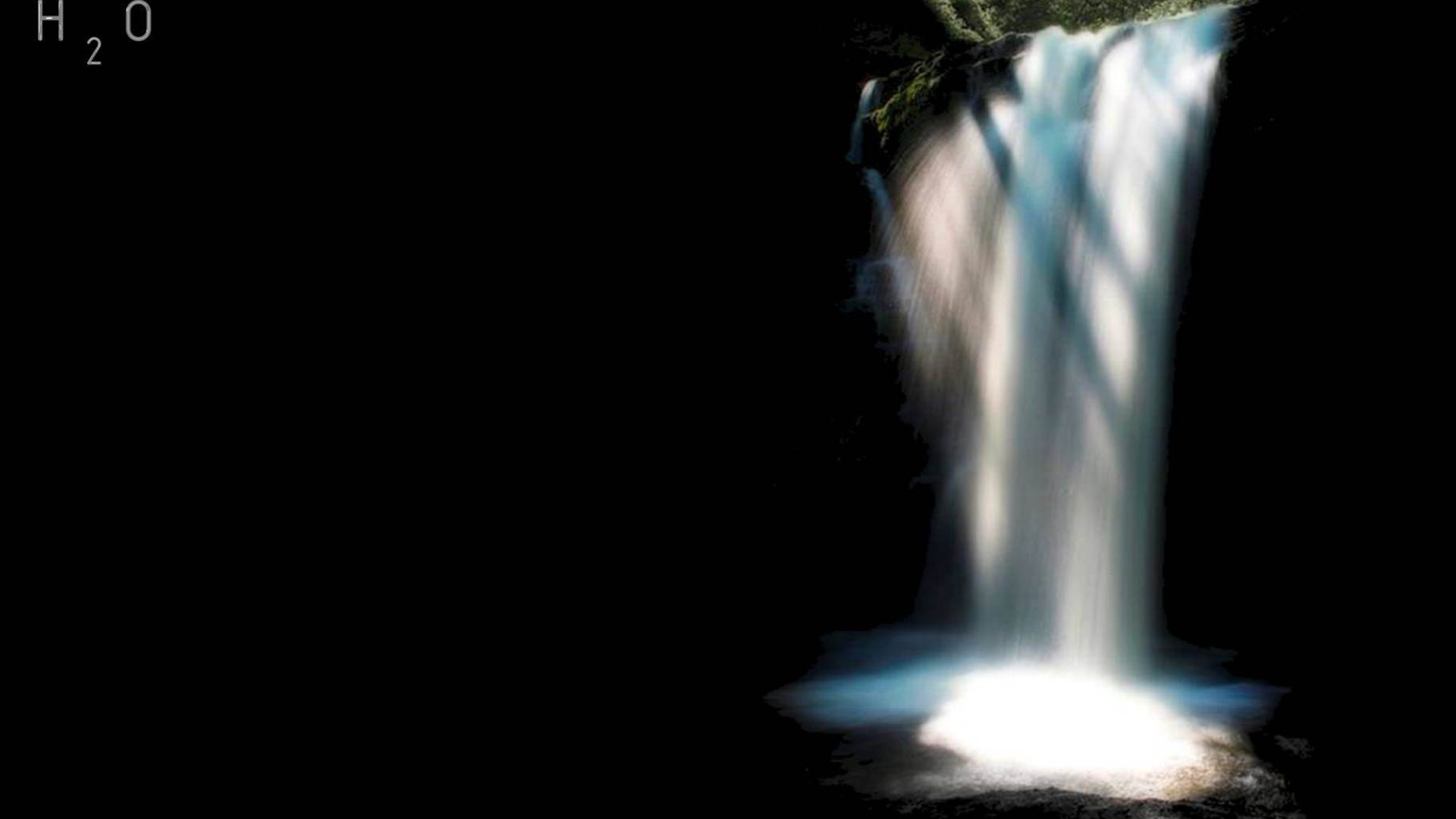 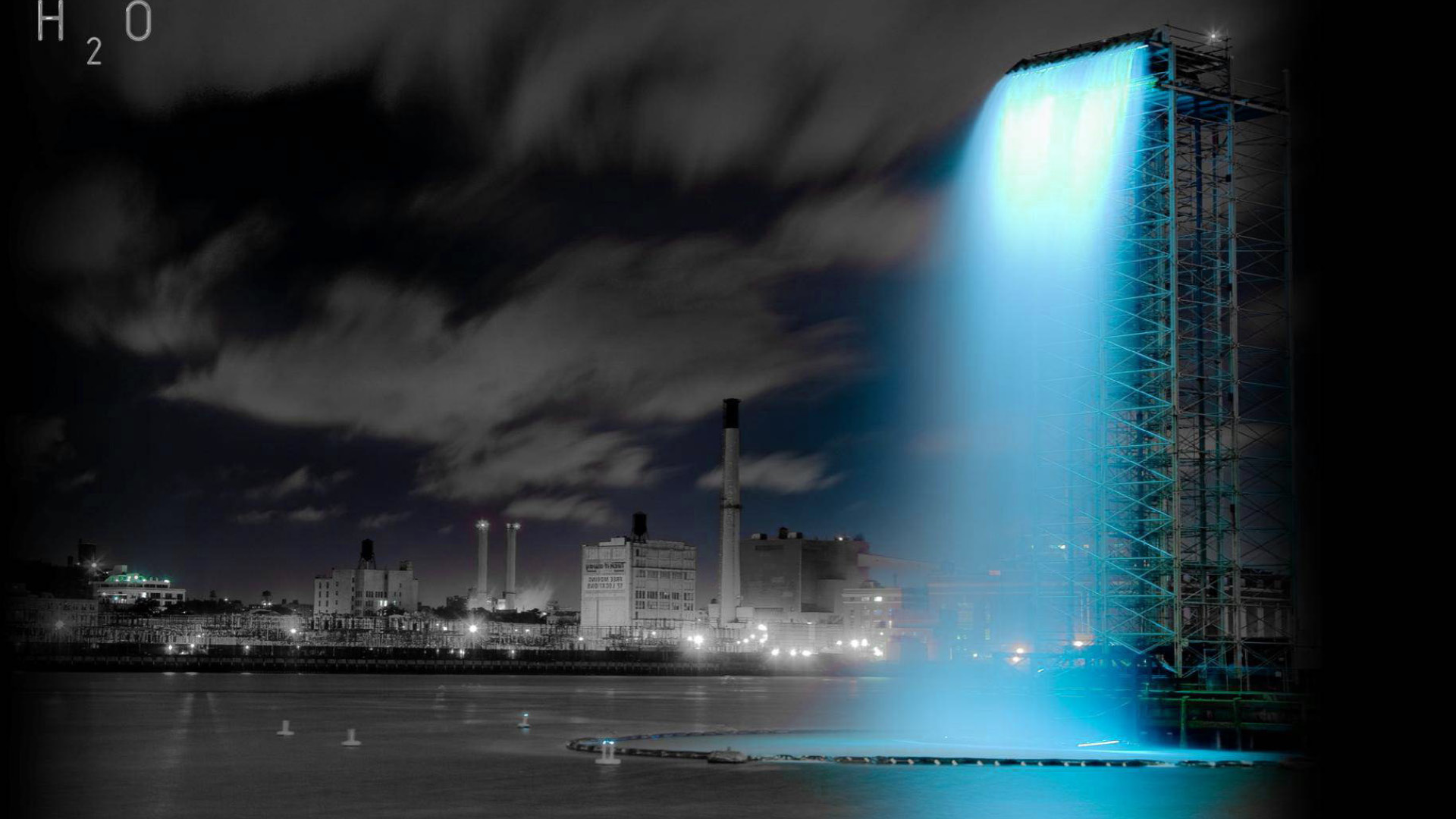 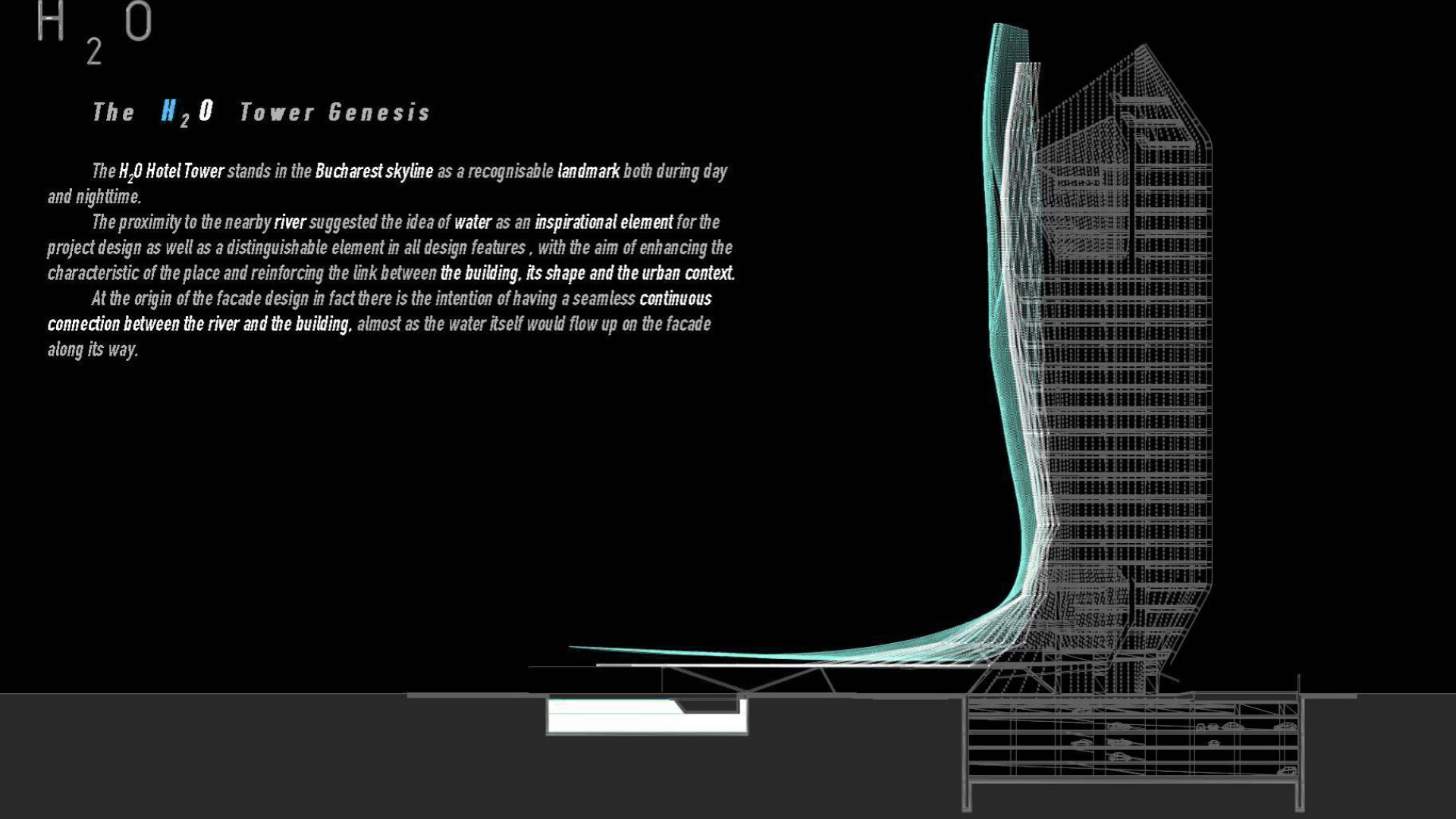 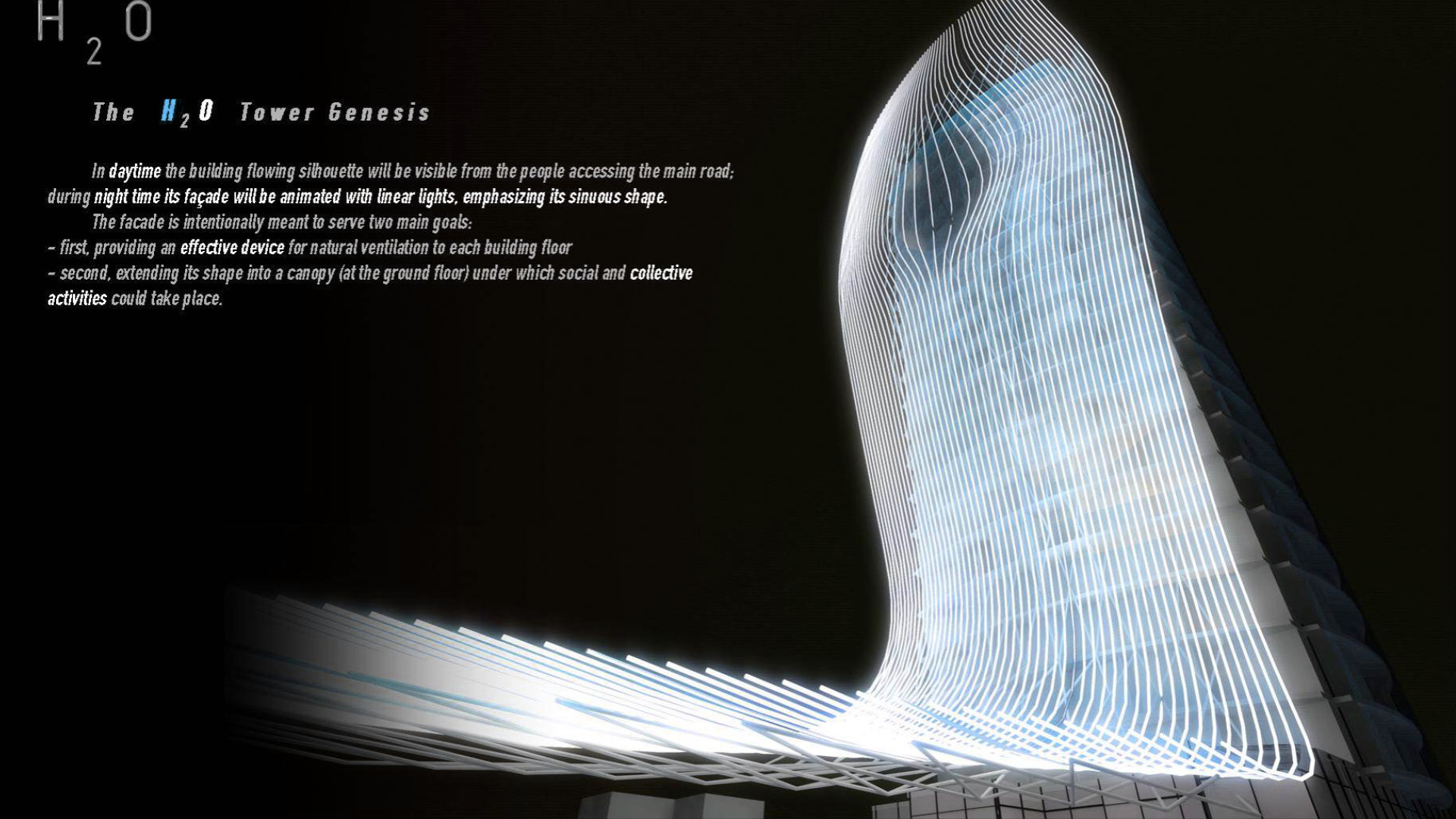 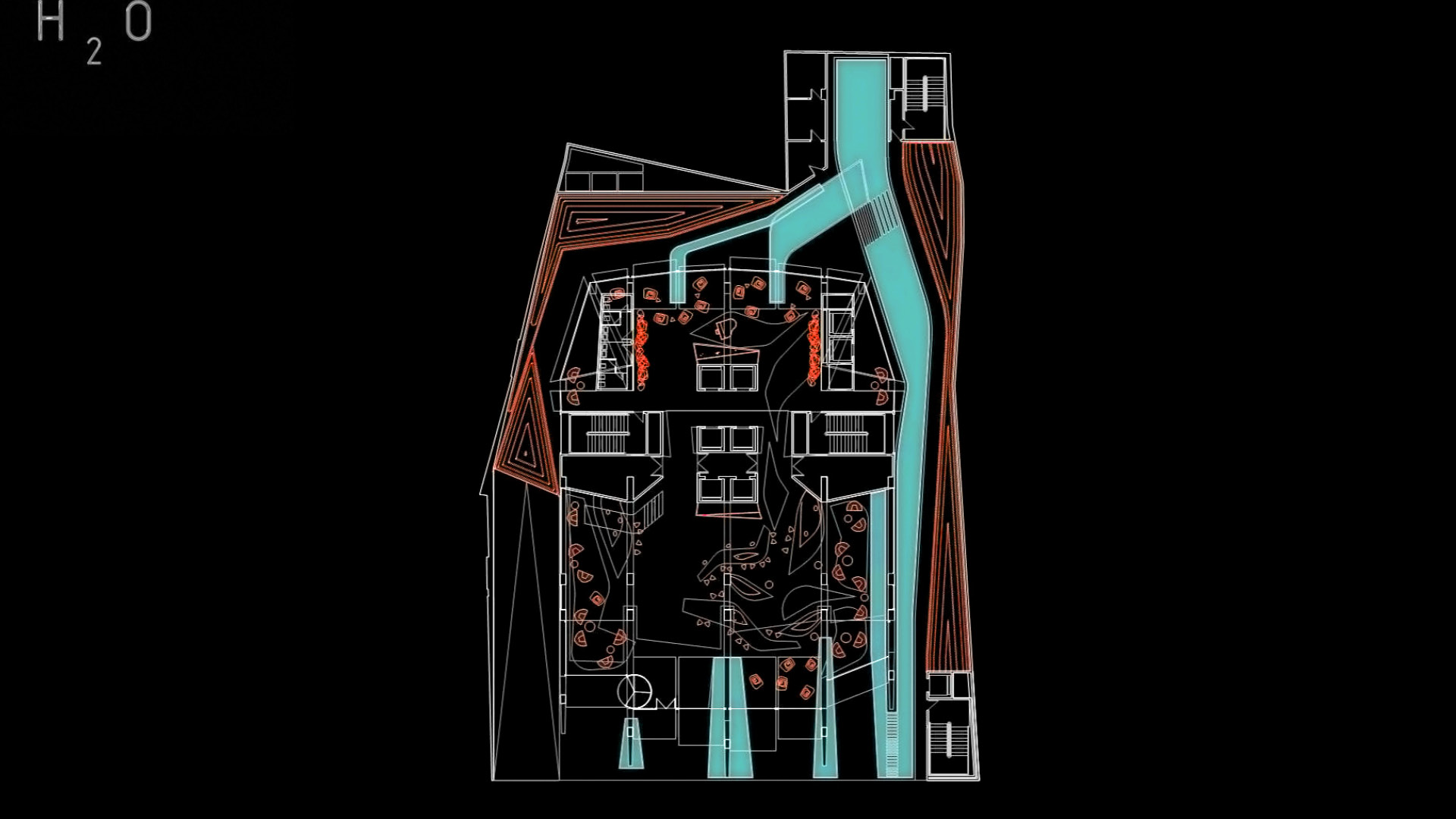 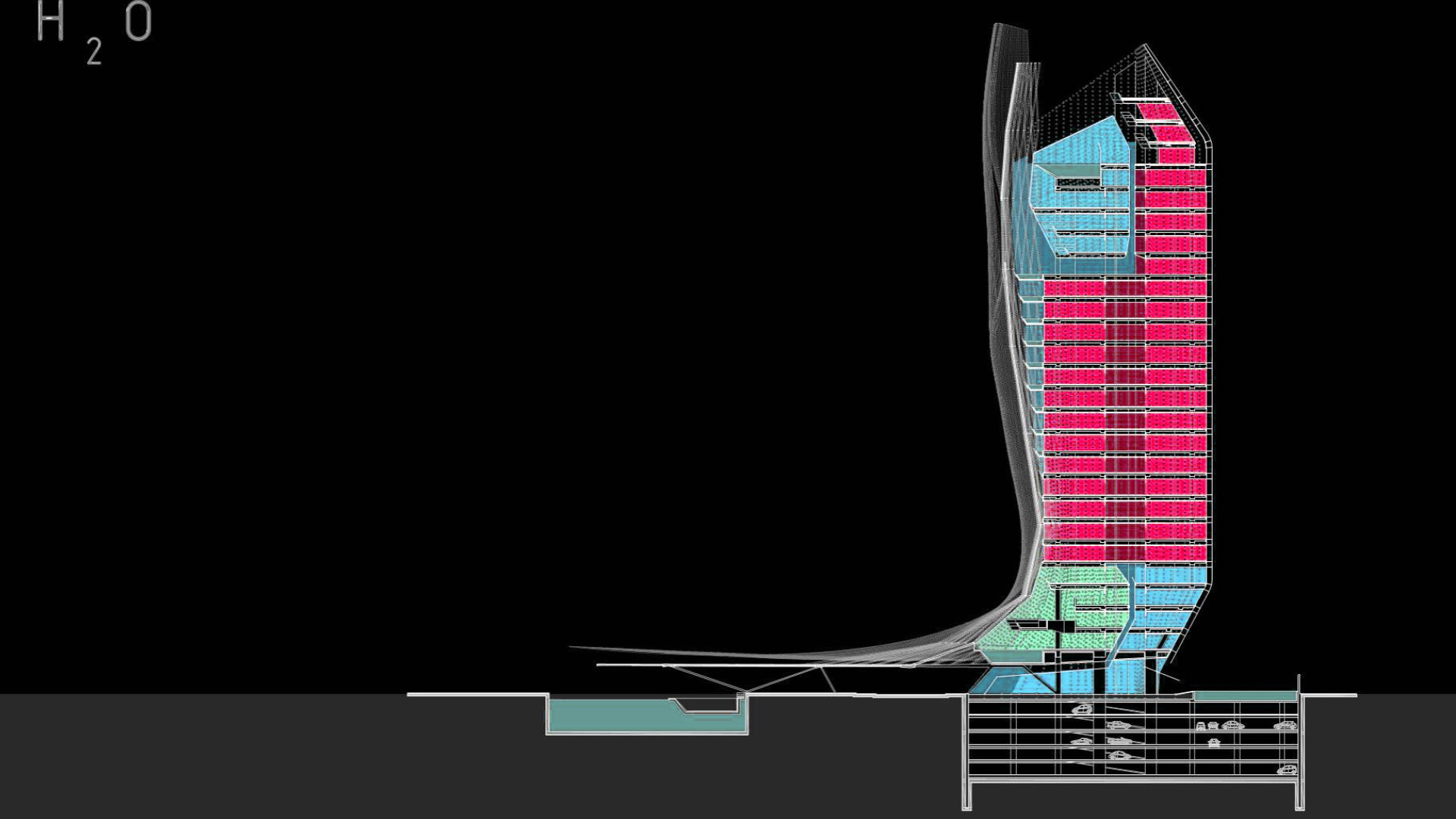 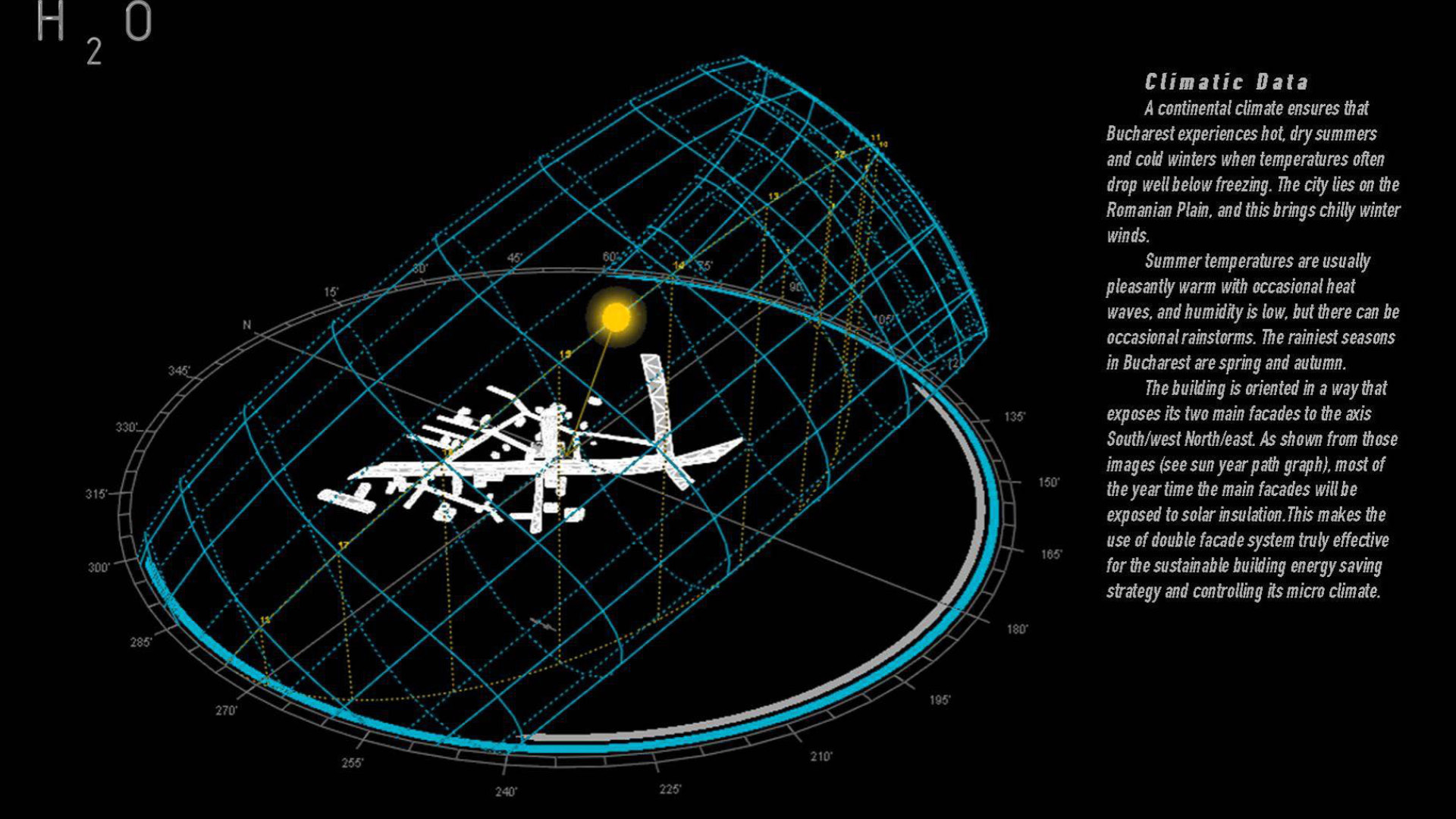 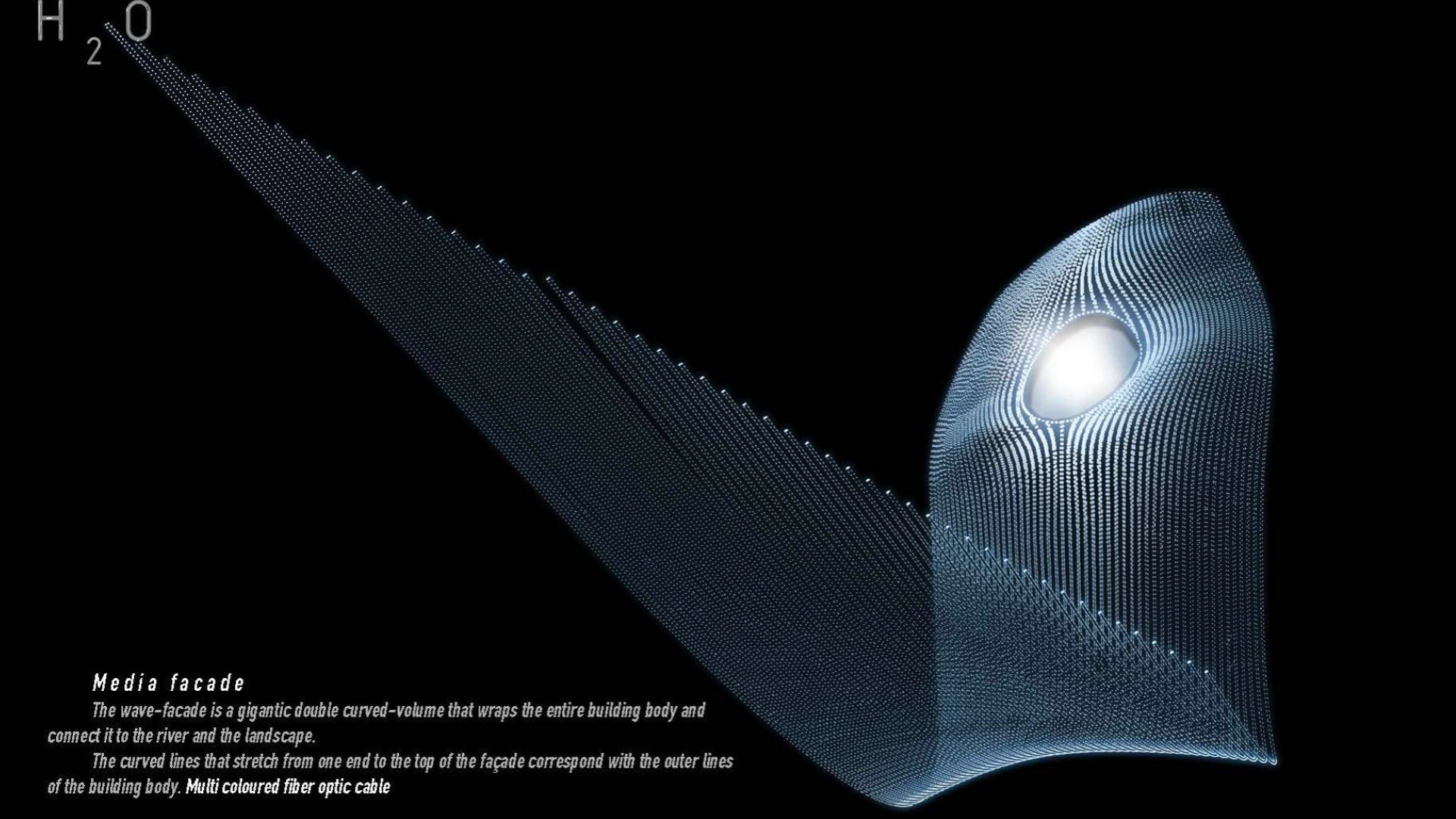 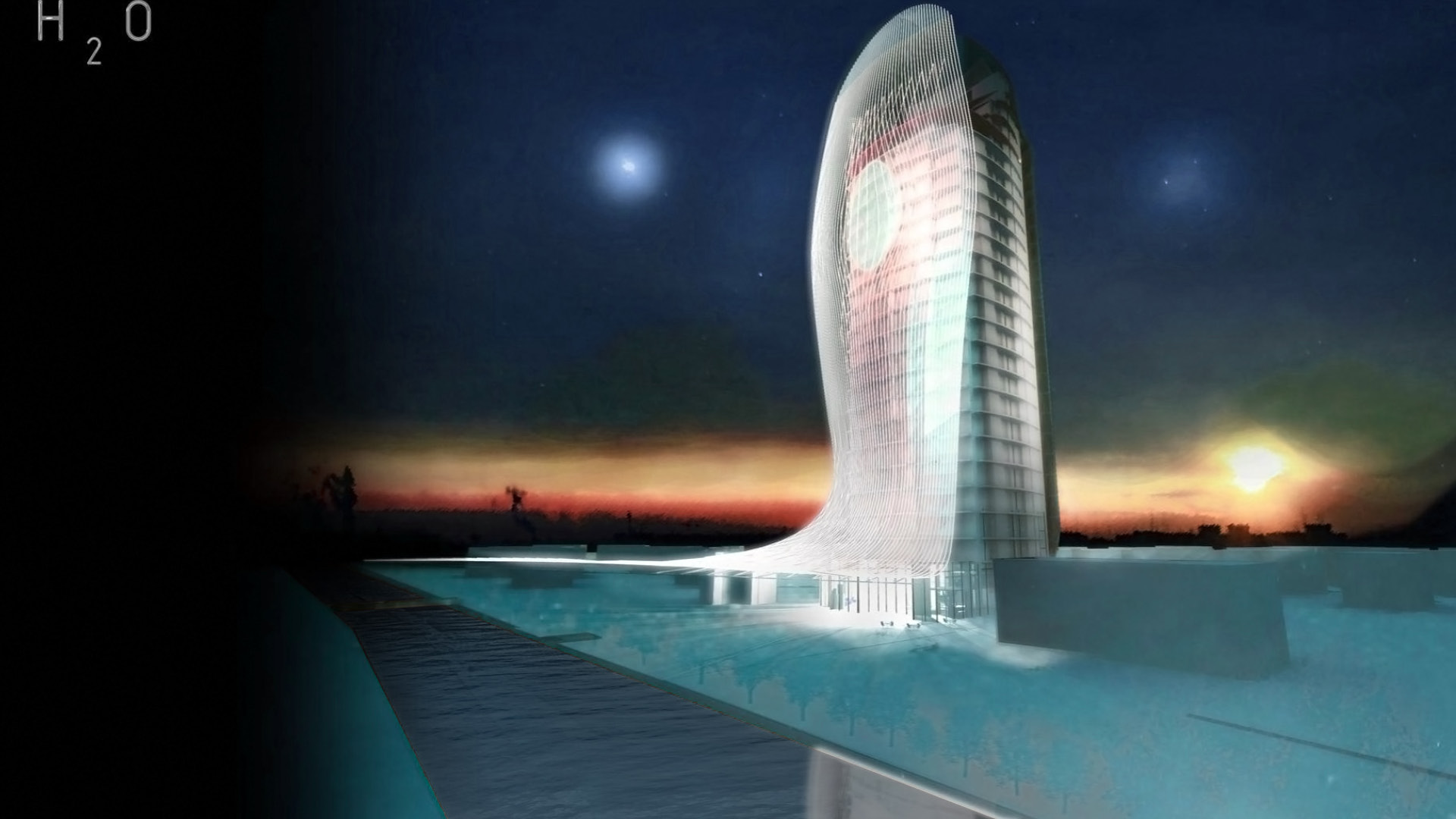 The Hotel H2O is an architectural experiment conceived by the Design LAAB of the Fundacion Metropoli. Forming part of Bucharest’s global modernisation strategy, the new hotel is inspired by water, more specifically by the dialogue between water and the city which is an essential feature of the townscape of Bucharest. The façade is designed with the intention to produce a seamless connection with the neighbouring river akin to a waterfall. The general aspect of the building symbolises the image of a waterfall sprawling into the city next to the river with the aim to make a mark on the urban scene of Bucharest.

The H2O Hotel Tower stands in the Bucharest skyline as a recognizable landmark both during day and night time. The proximity to the nearby river suggested the idea of water as an inspirational element for the project design as well as a distinguishable element in all design features, with the aim of enhancing the characteristic of the place and reinforcing the link between the building, its shape and the urban context. The origin of the facade design lies on the intention of having a seamless continuous connection between the river and the building, almost as if the water itself would flow up along the facade.