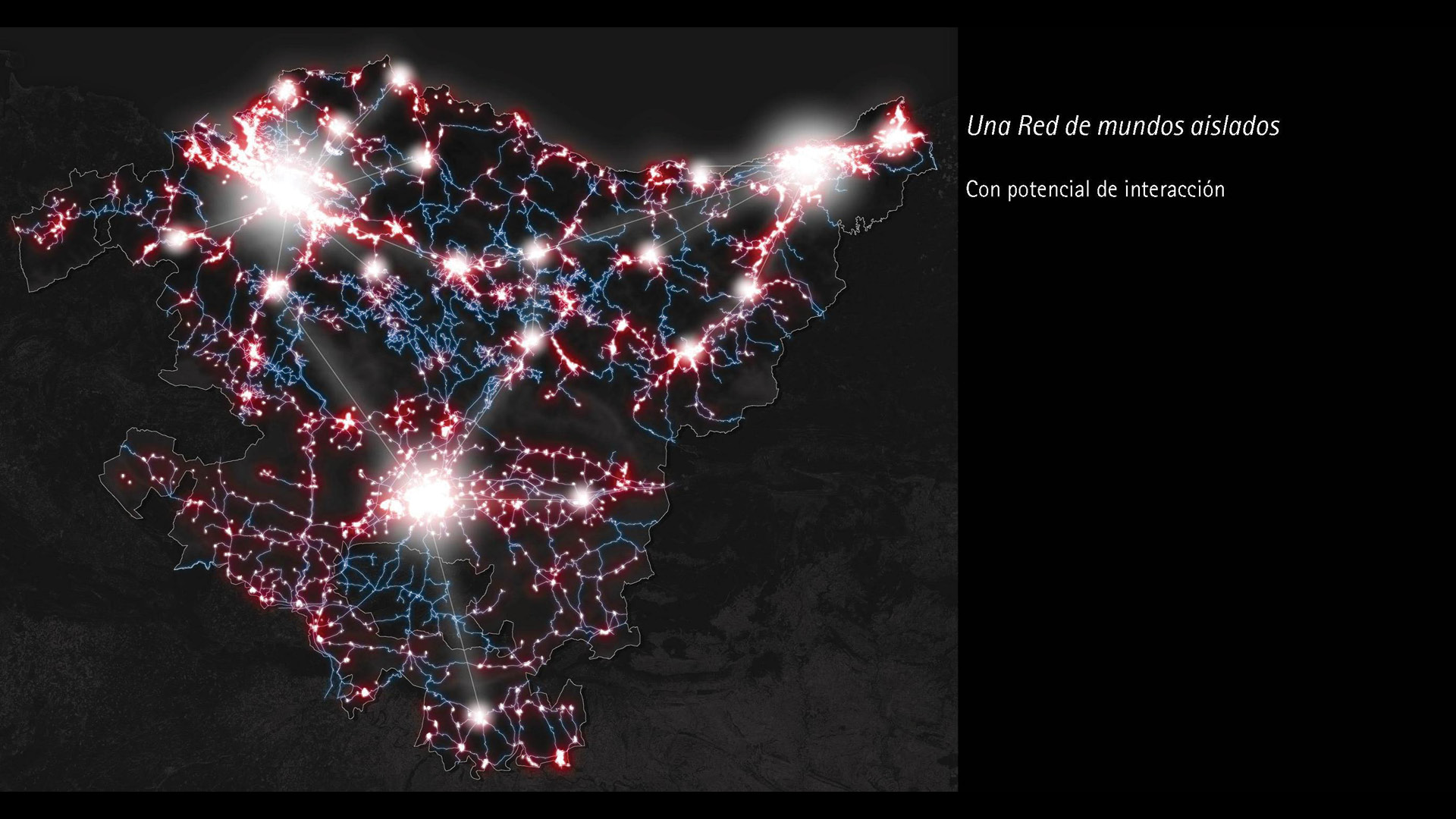 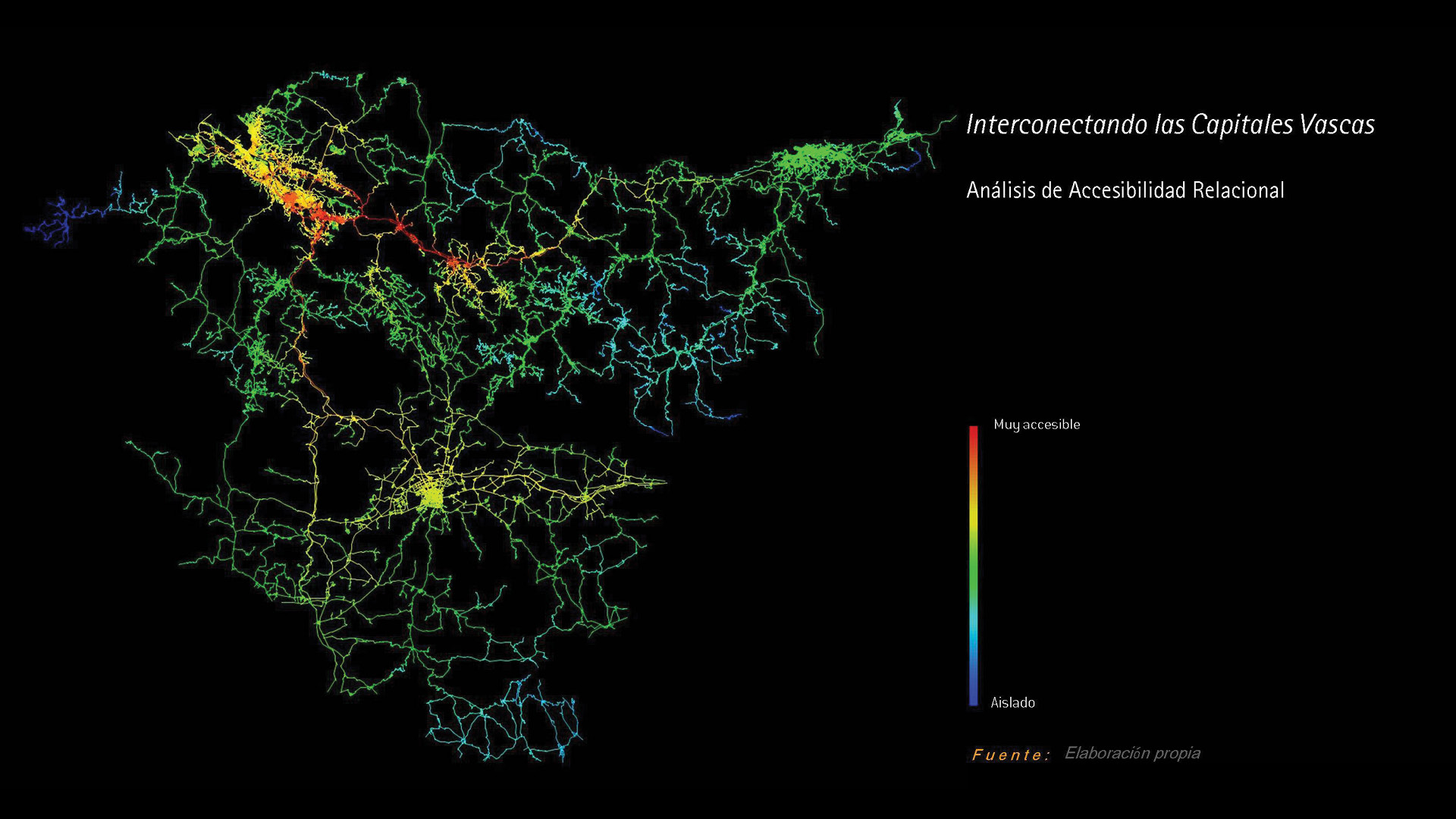 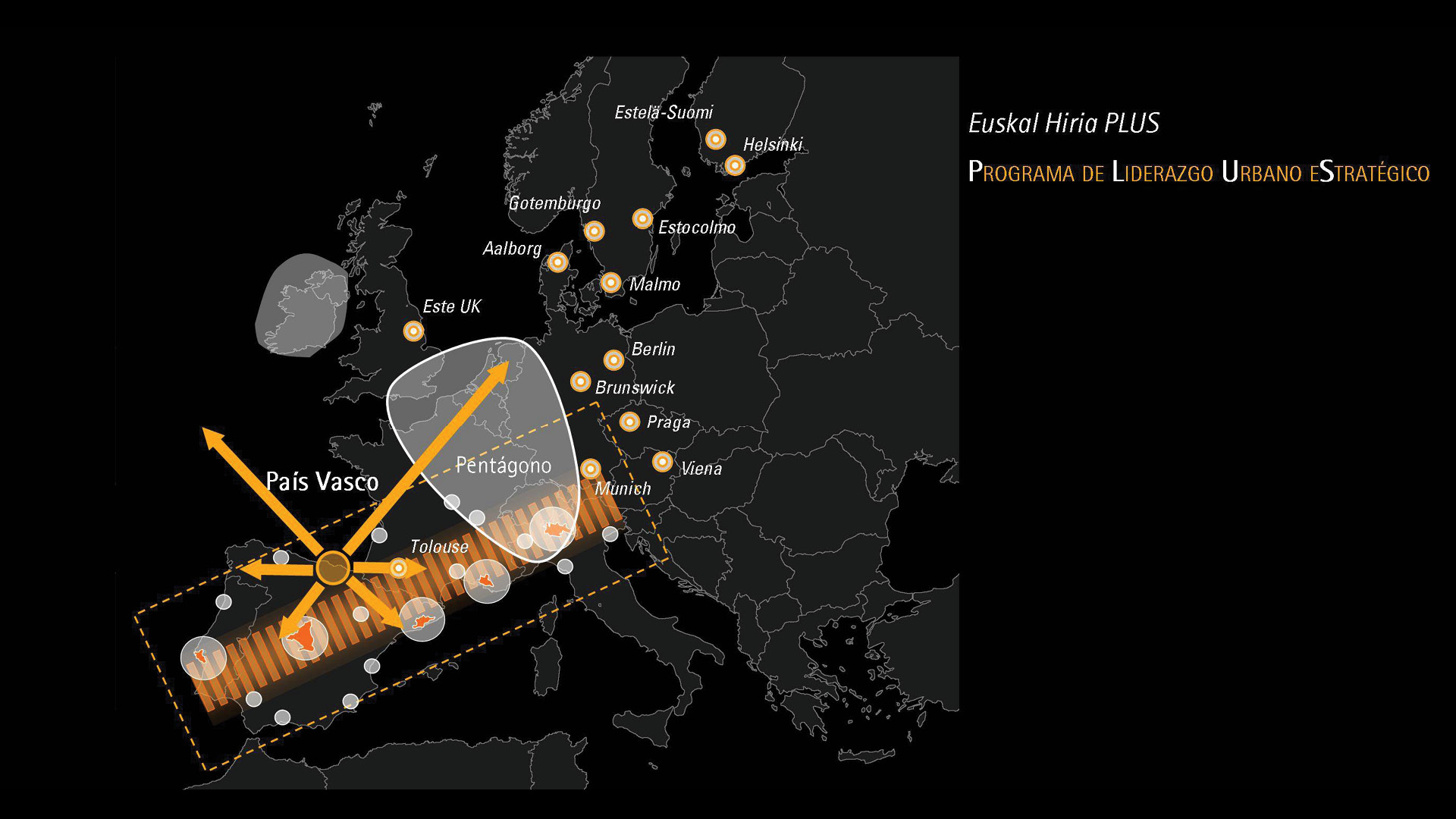 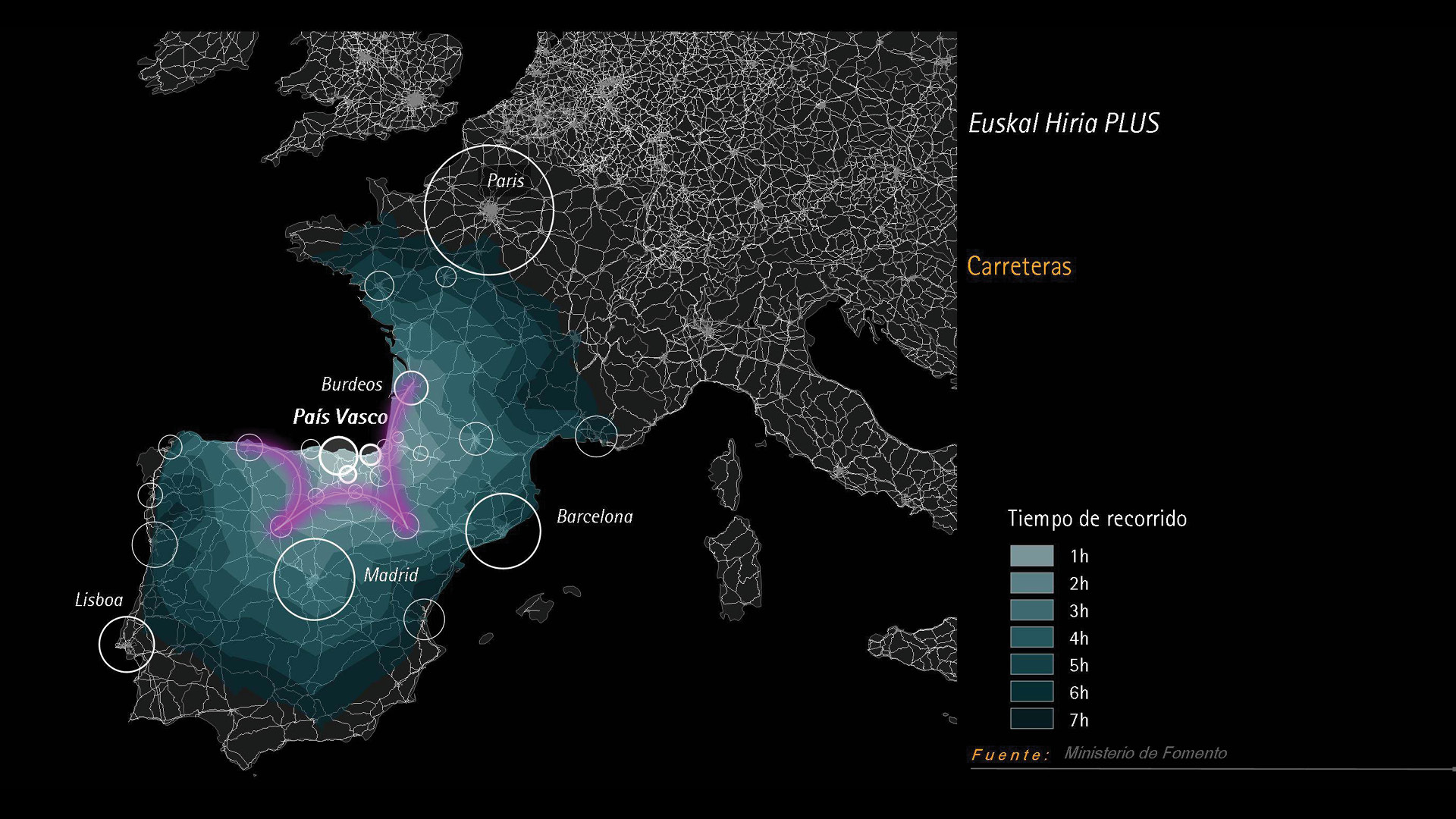 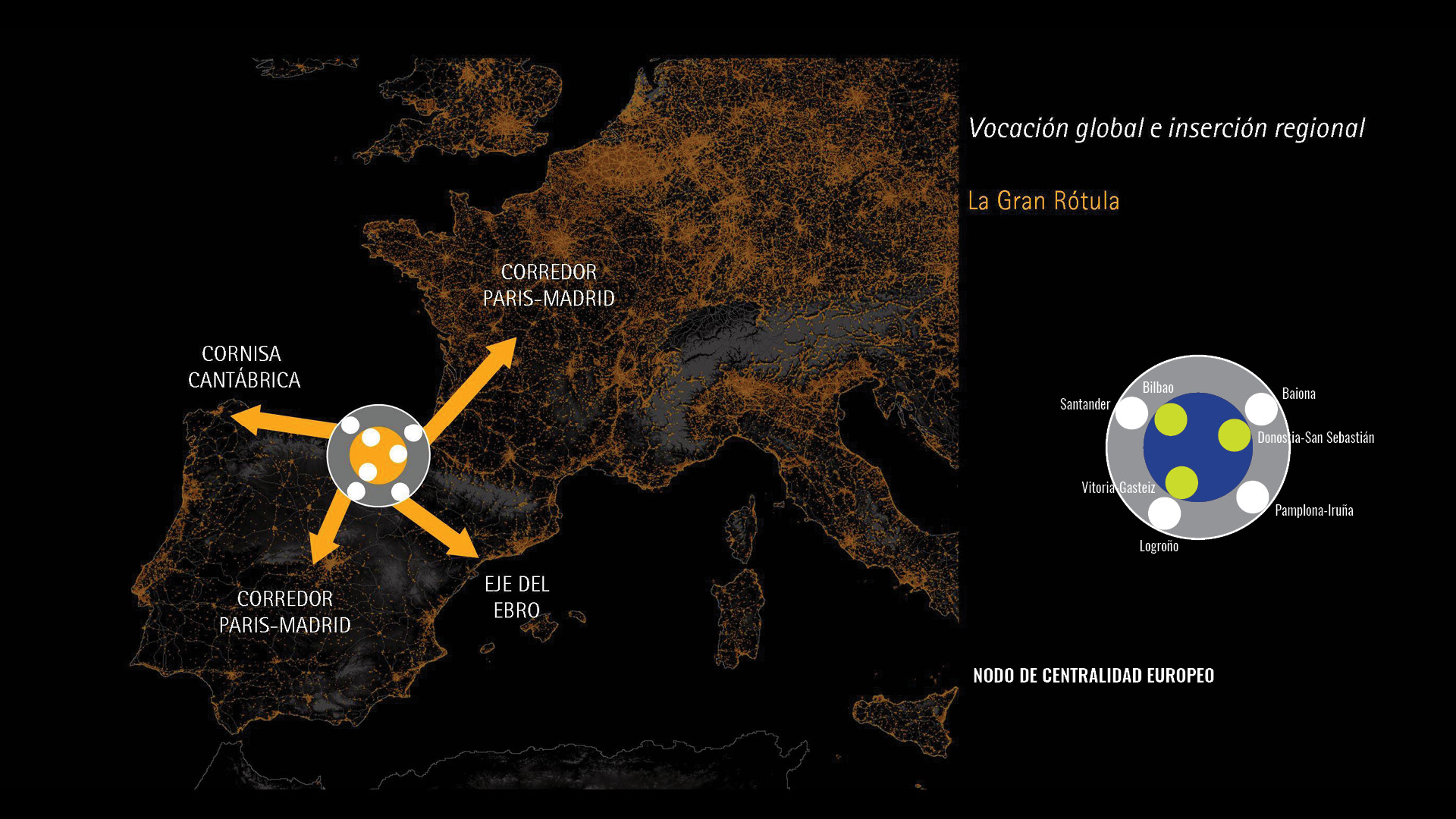 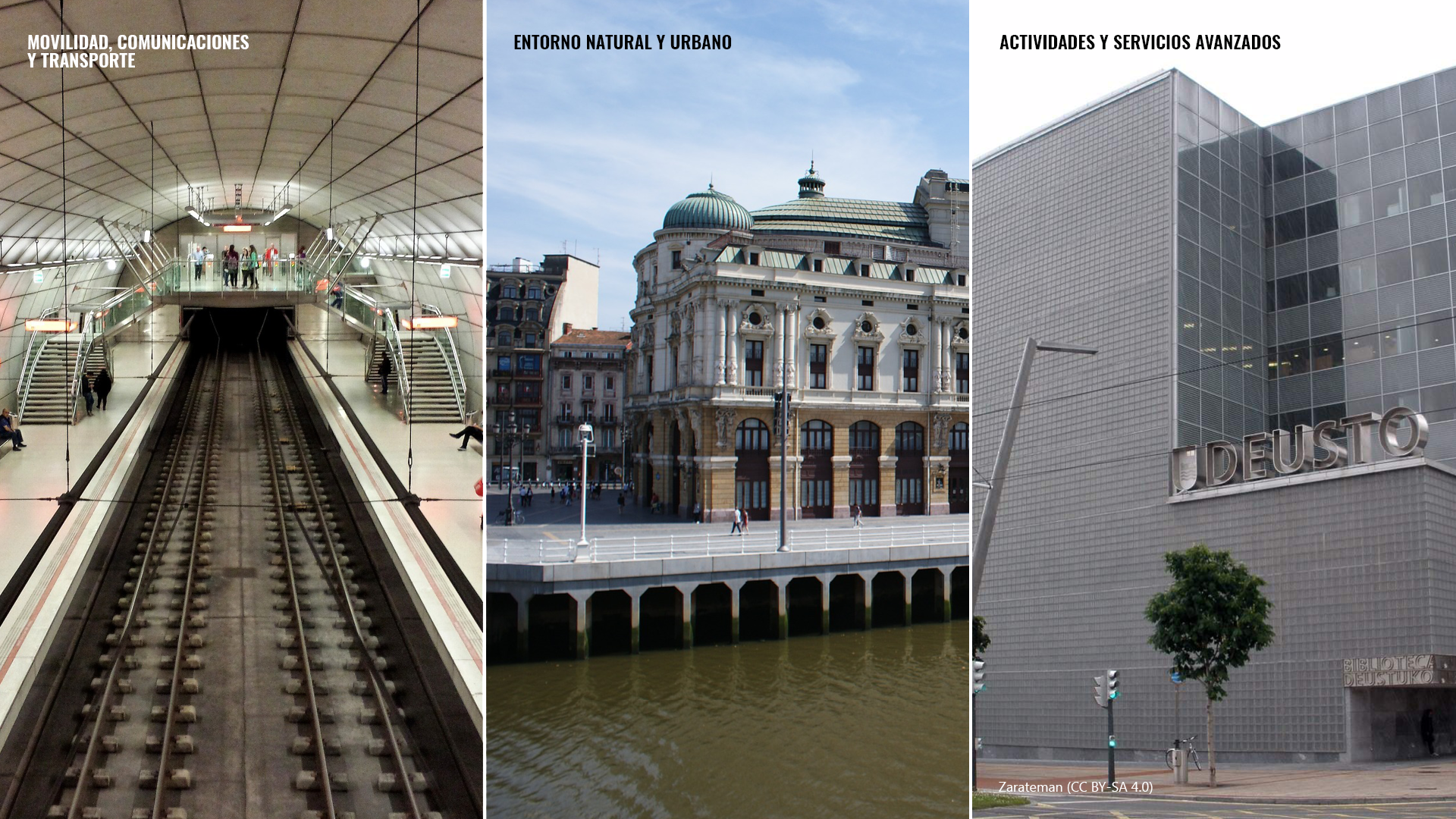 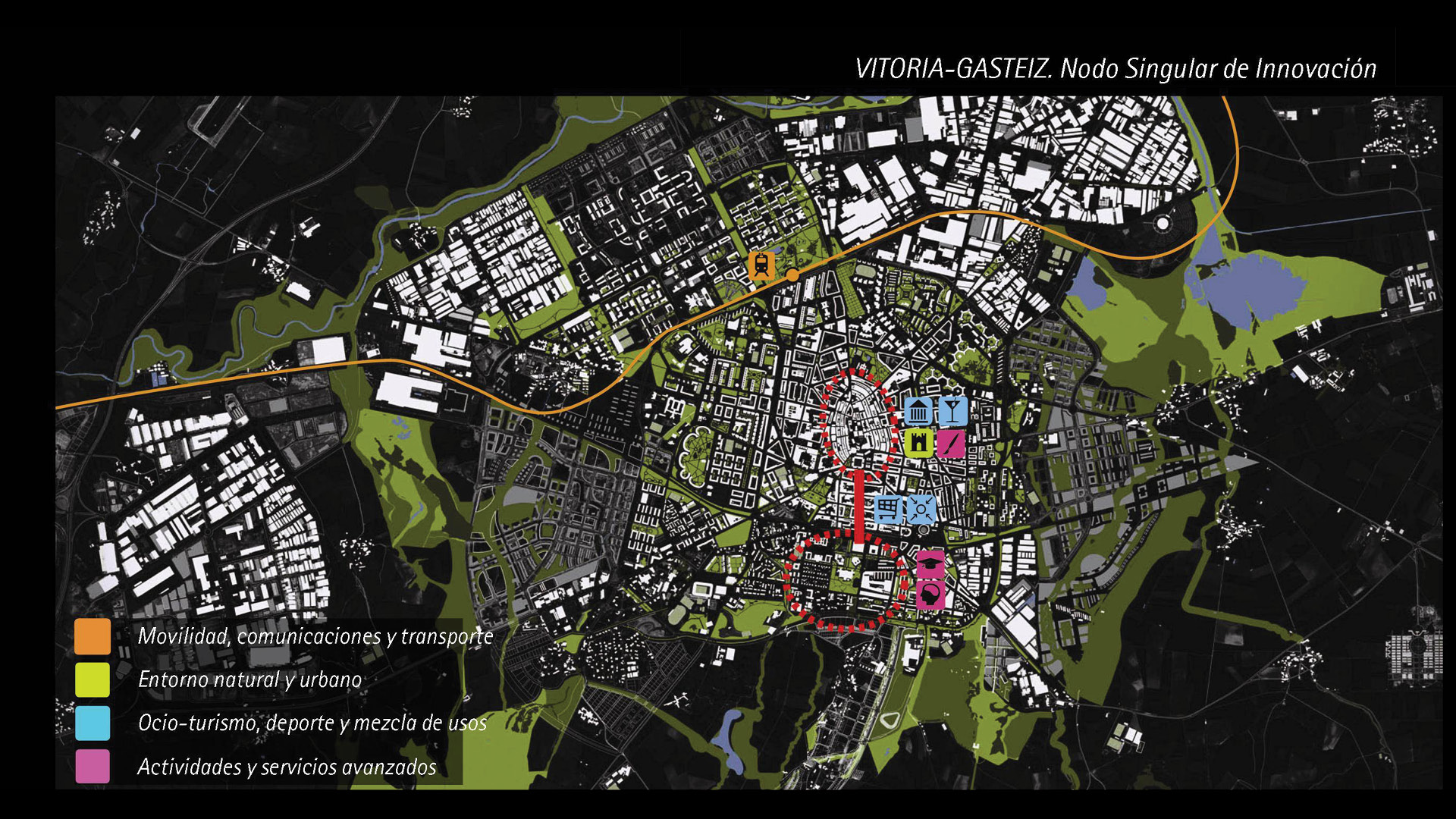 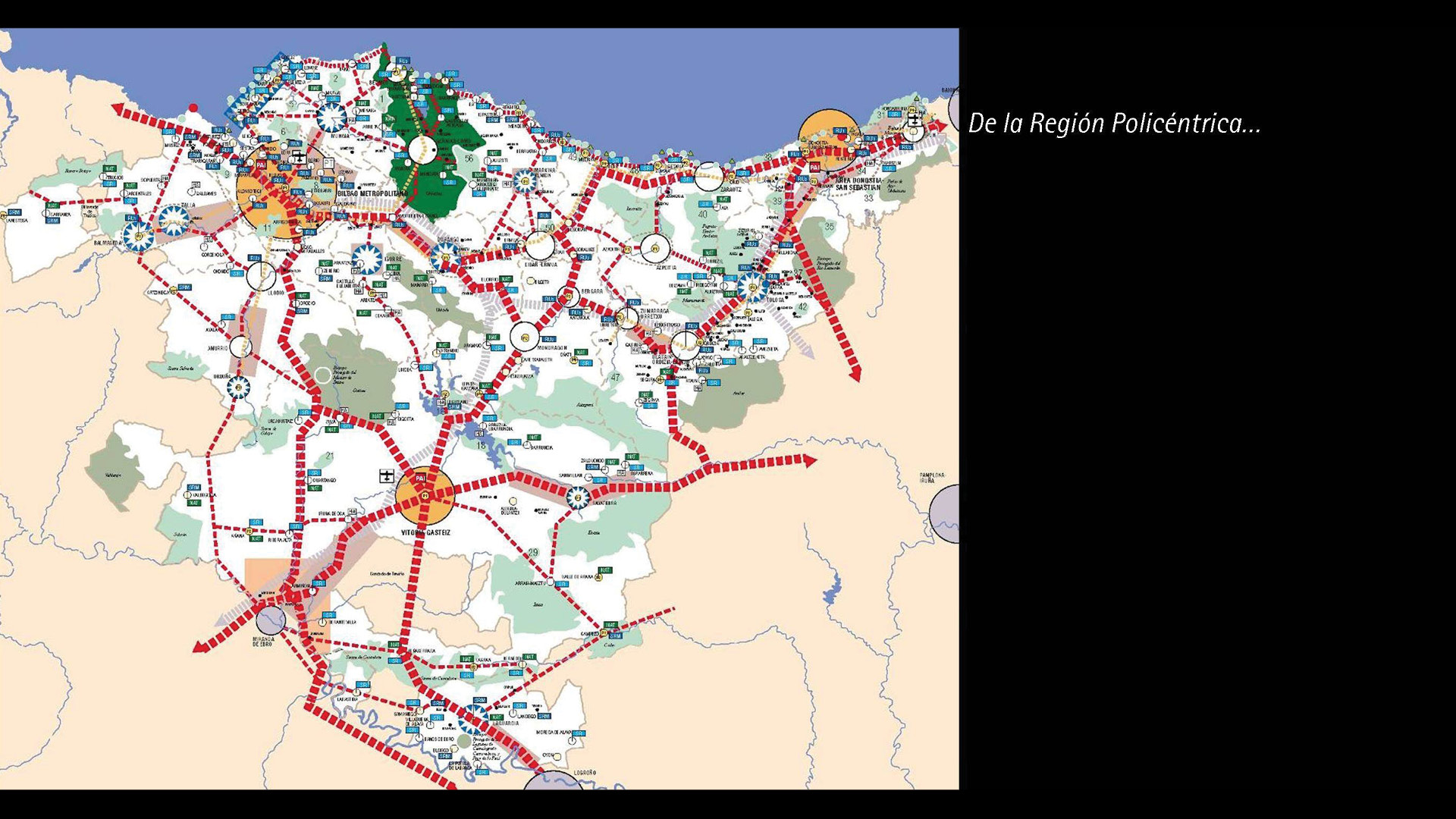 The Autonomous Community of the Basque Country (or Euskadi) is an authentic city-region within the international context, which a population of slightly more than two million and a density of 300 inhabitants per square kilometre. The scale of Euskadi is similar to other city-regions around the world. Indeed, the metropolitan Miami is larger than Euskadi, and metropolitan Sydney has about the same physical size, but twice as many inhabitants.

The concept of “Euskal Hiria” or “Basque City Region” responds to the opportunity of seeking interrelations and complementarities among the three Basque capitals (Bilbao, San Sebastián and Vitoria), and between these and the other urban settlements in Euskadi. None of the cities that make up the Basque urban system would be able, on their own, to possess the critical mass needed to offer the set of specialised services, infrastructure, facilities and options that are offered in successful global cities. Nevertheless, within the framework of emergent city-regions, the structure of the Basque territory has some unique singularities and competitive advantages.

Through the Proyecto CITIES methodology, Fundación Metrópoli identified the “components of excellence” for each of the three capital cities as well as for Euskadi as a whole. The study was undertaken in collaboration with the University of the Basque Country and the University of Deusto, and supported by the Basque Government and the City Halls of Bilbao, San Sebastián and Vitoria.