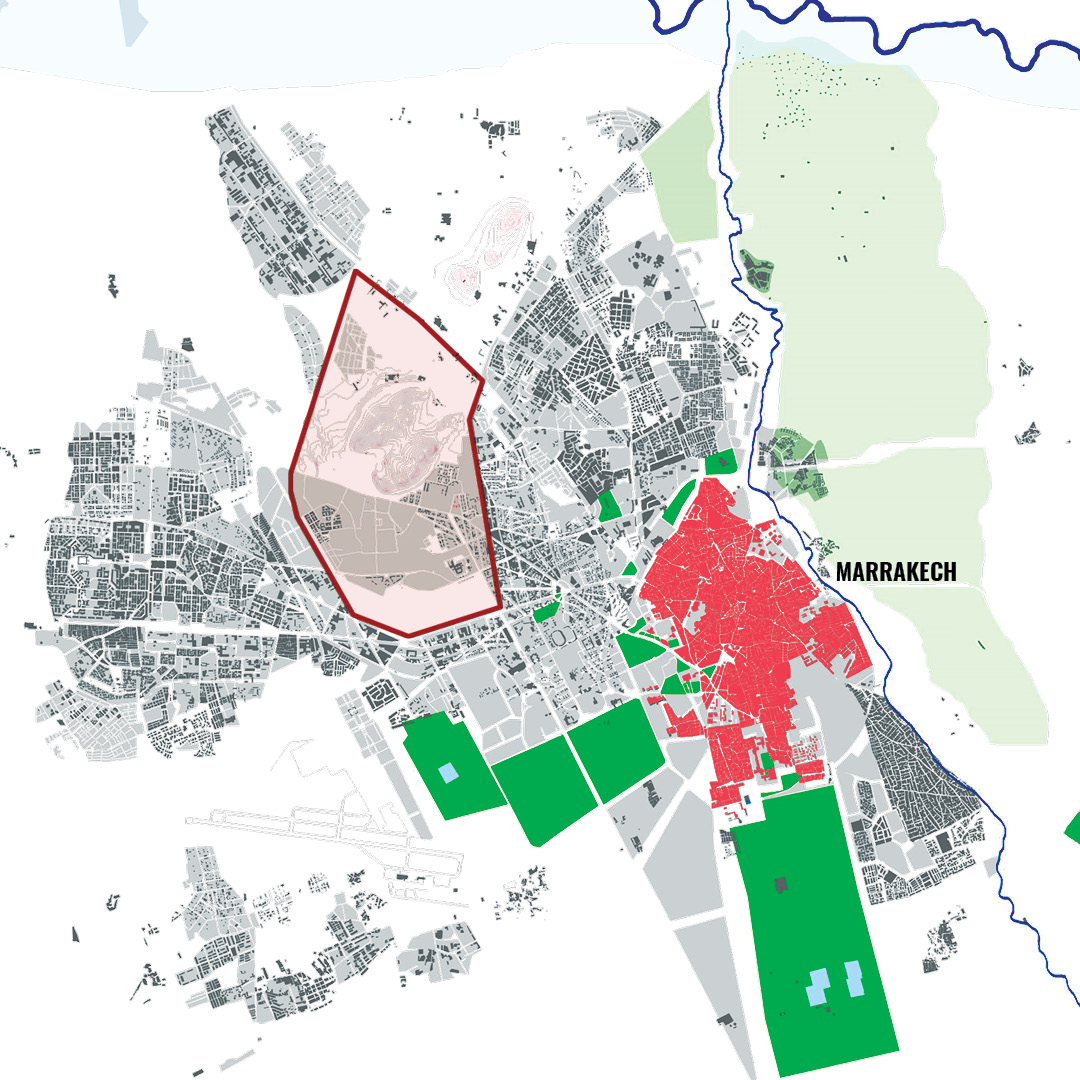 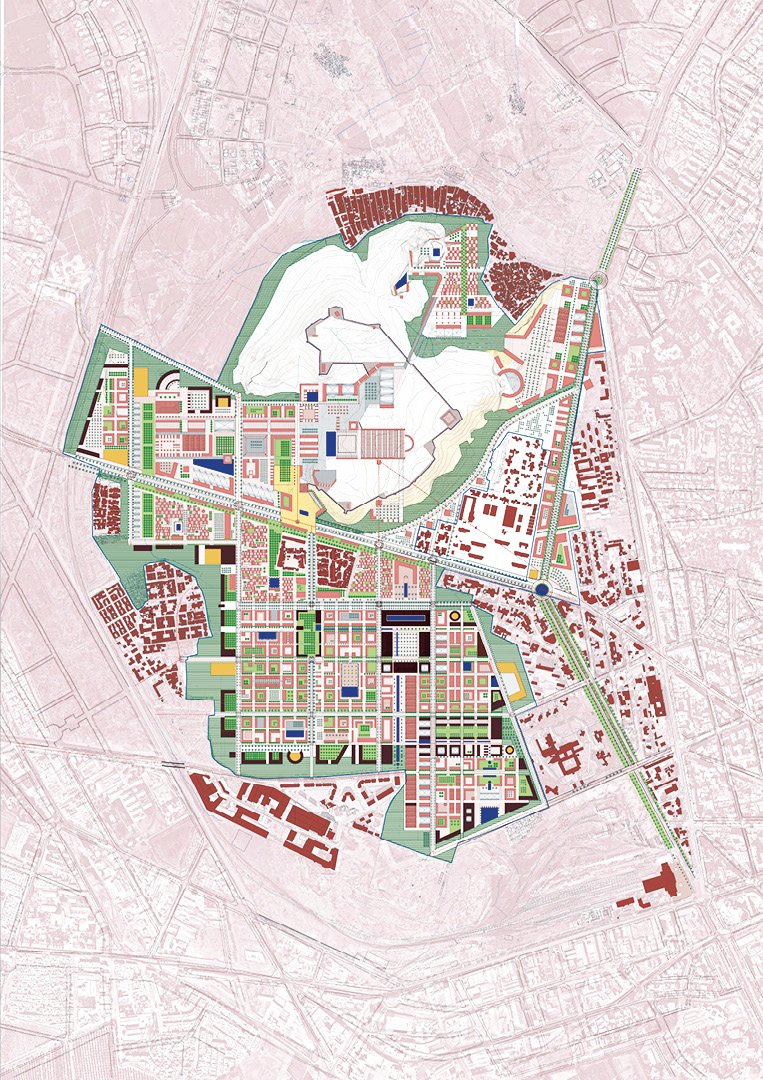 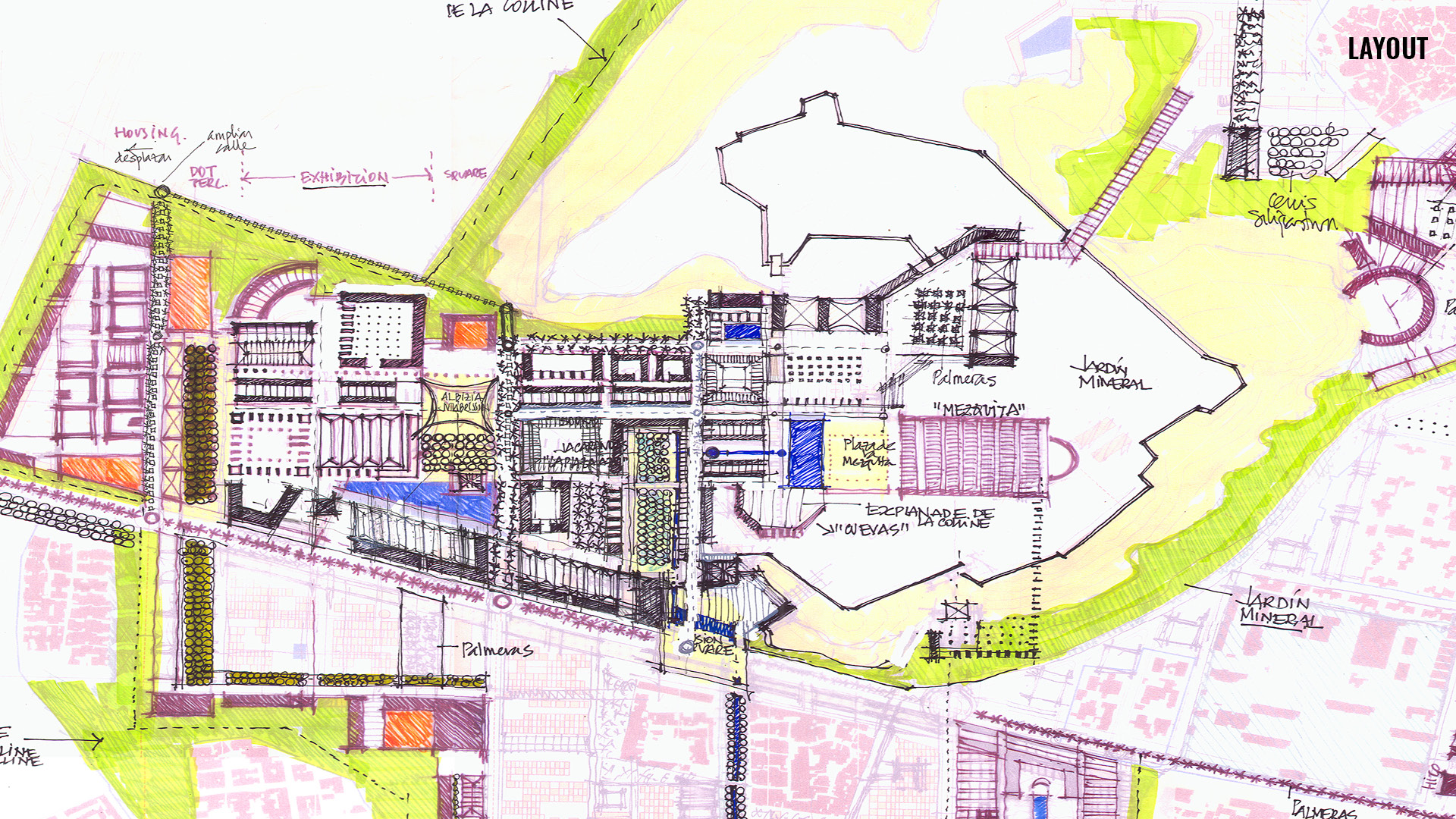 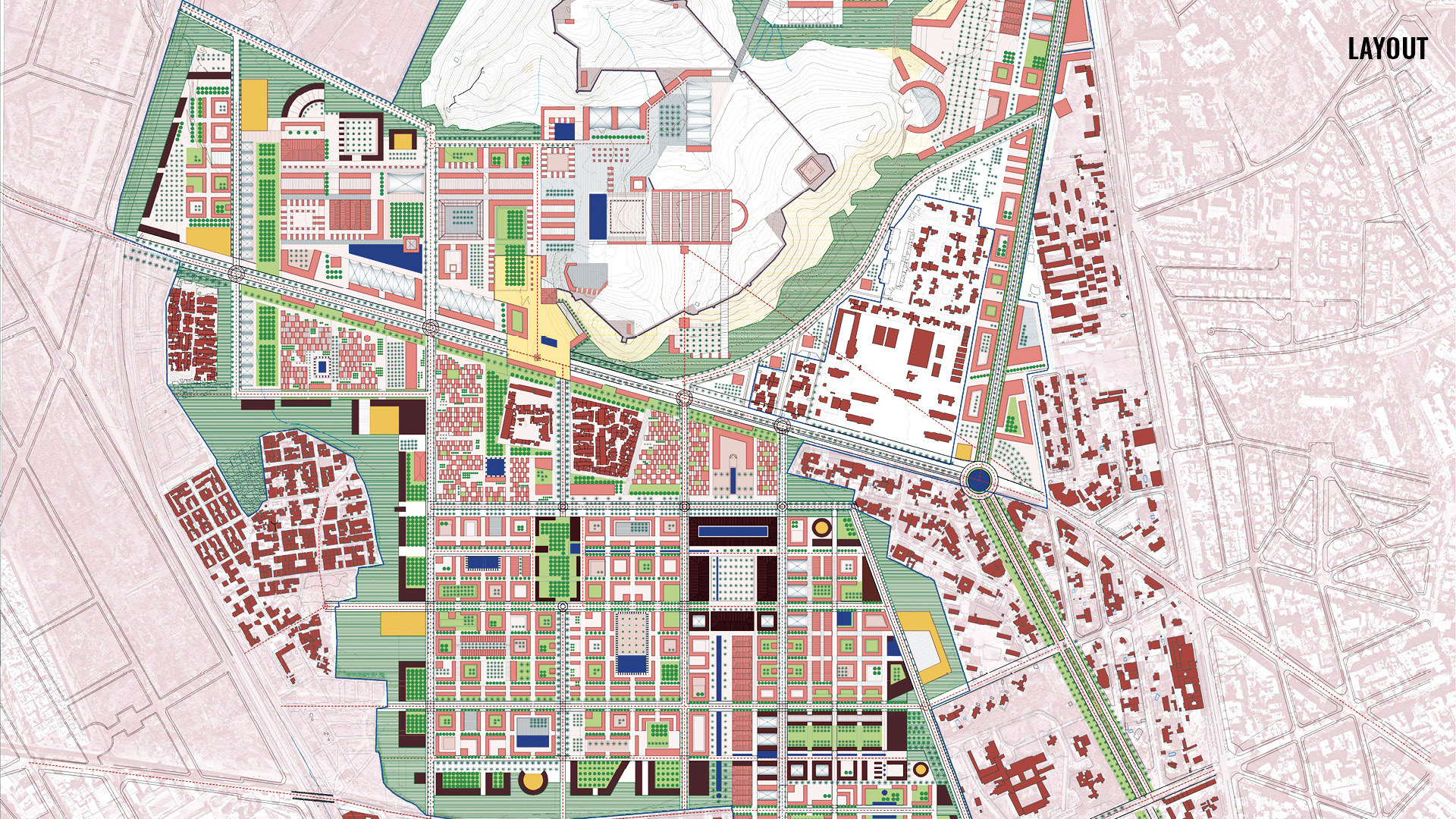 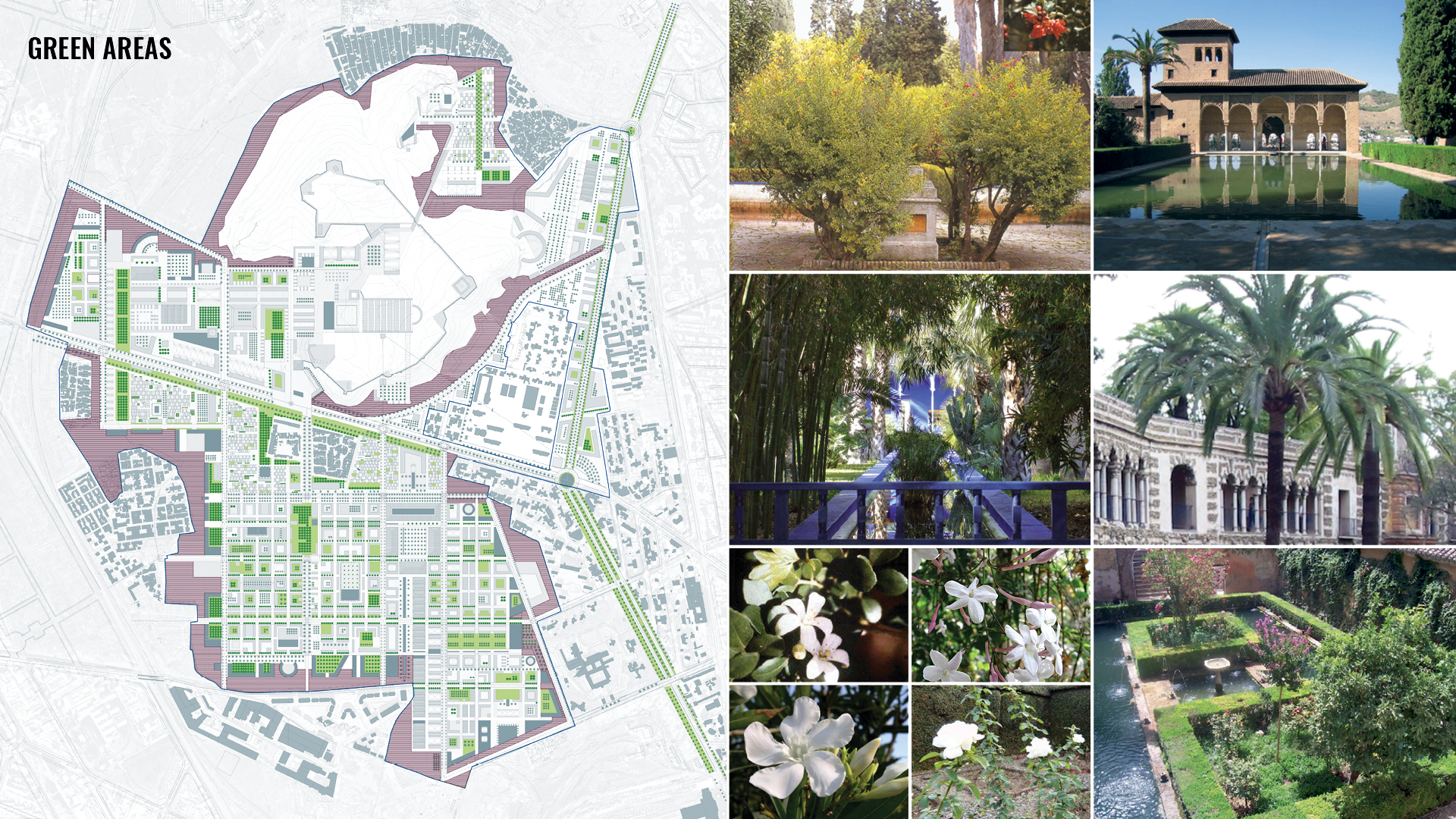 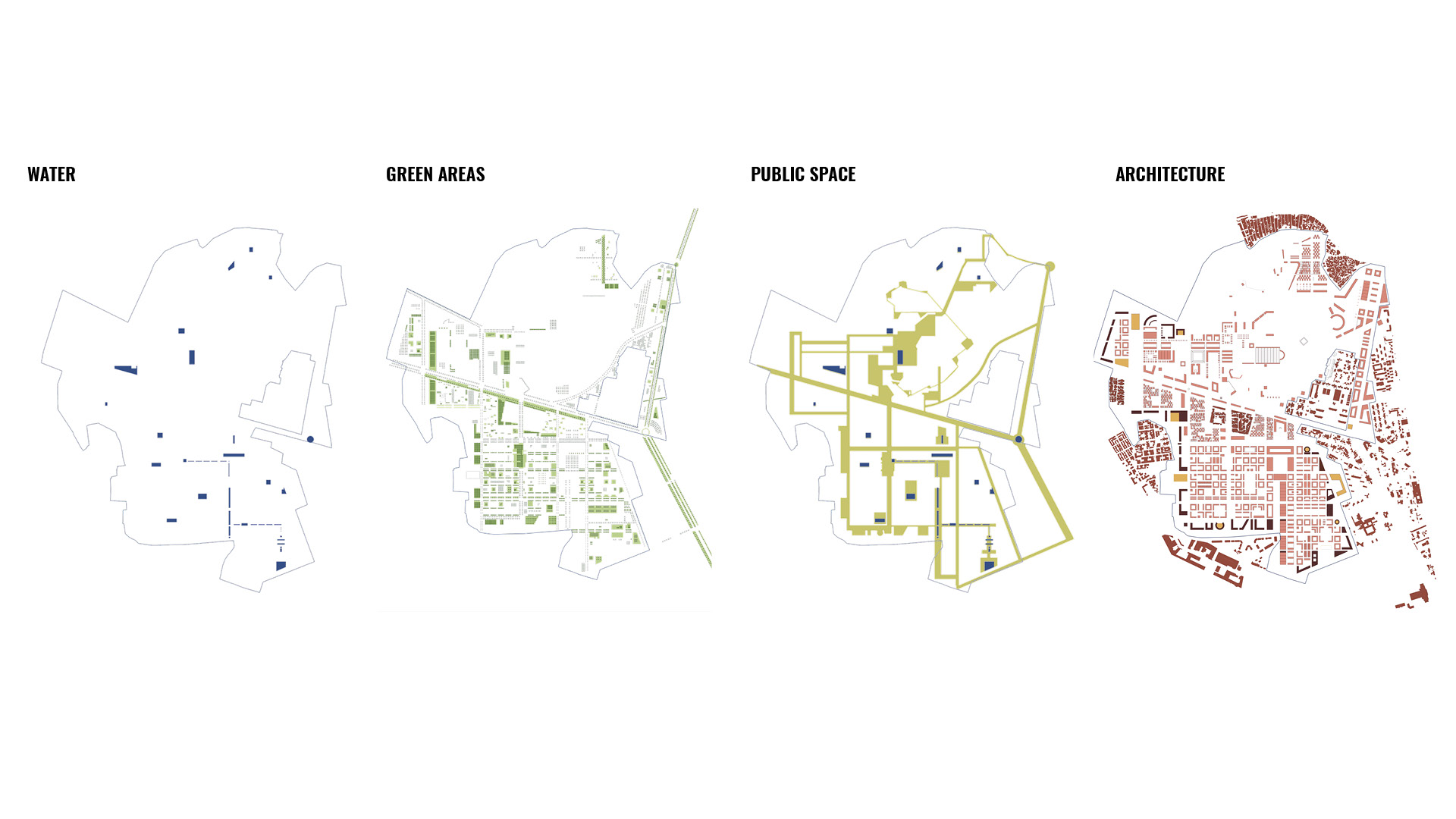 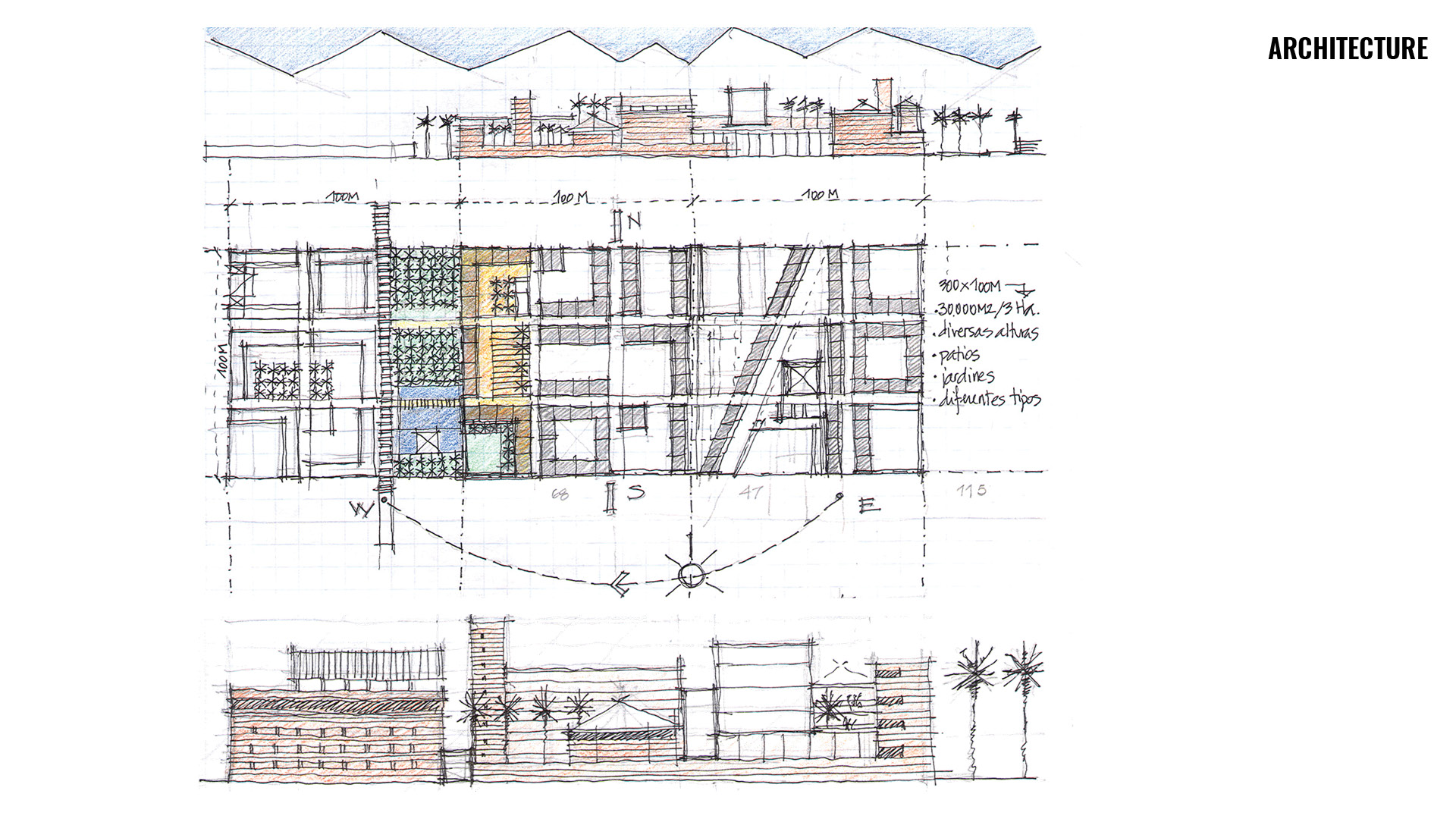 Medina of the 21st Century

Marrakech is a unique city of outstanding character and universal quality. This study was undertaken by the Fundacion Metropoli for the Moroccan Caisse de Dépôts et de Gestion and the Wilaya of Marrakech (municipality). A design proposal was elaborated for an area of 600 hectares in the heart of the city, occupied at the time by military installations and informal settlements, or “douars”. The design brief stipulated that the spatial development strategy should integrate traditional urban uses with innovation. The outcome is a ’21st century Medina’, a space for creativity with mixed uses intended to maintain the attractiveness of Marrakech.

The project is based on comprehensive research undertaken with the Proyecto Cities methodology of the Fundacion Metropoli and experiences gained from other cities on the wider context of the whole metropolitan area of Marrakech. This study allowed to identify the components of excellence of the project area in Marrakech from which the key urban development opportunities were derived. The transformation of this urban site was structured by linking it up with a network of boulevards which had led to the growth of the city in stages. The connection of the redesigned site with the outside was secured by a railway station situated on its edge. A hill with a strong morphology is located at the heart of the site and visible from the whole city. A new Mosque, the religious and cultural centre of the project will be carved into the rock of this hill.

The urban morphology proposed for Marrakech’s Medina of the 21st century has strong formal design features. They are inspired by the organic character of traditional medinas as a reinterpretation of the juxtaposition of functional networks of flows, landscapes, water and architectures, as well as pedestrian footpaths.