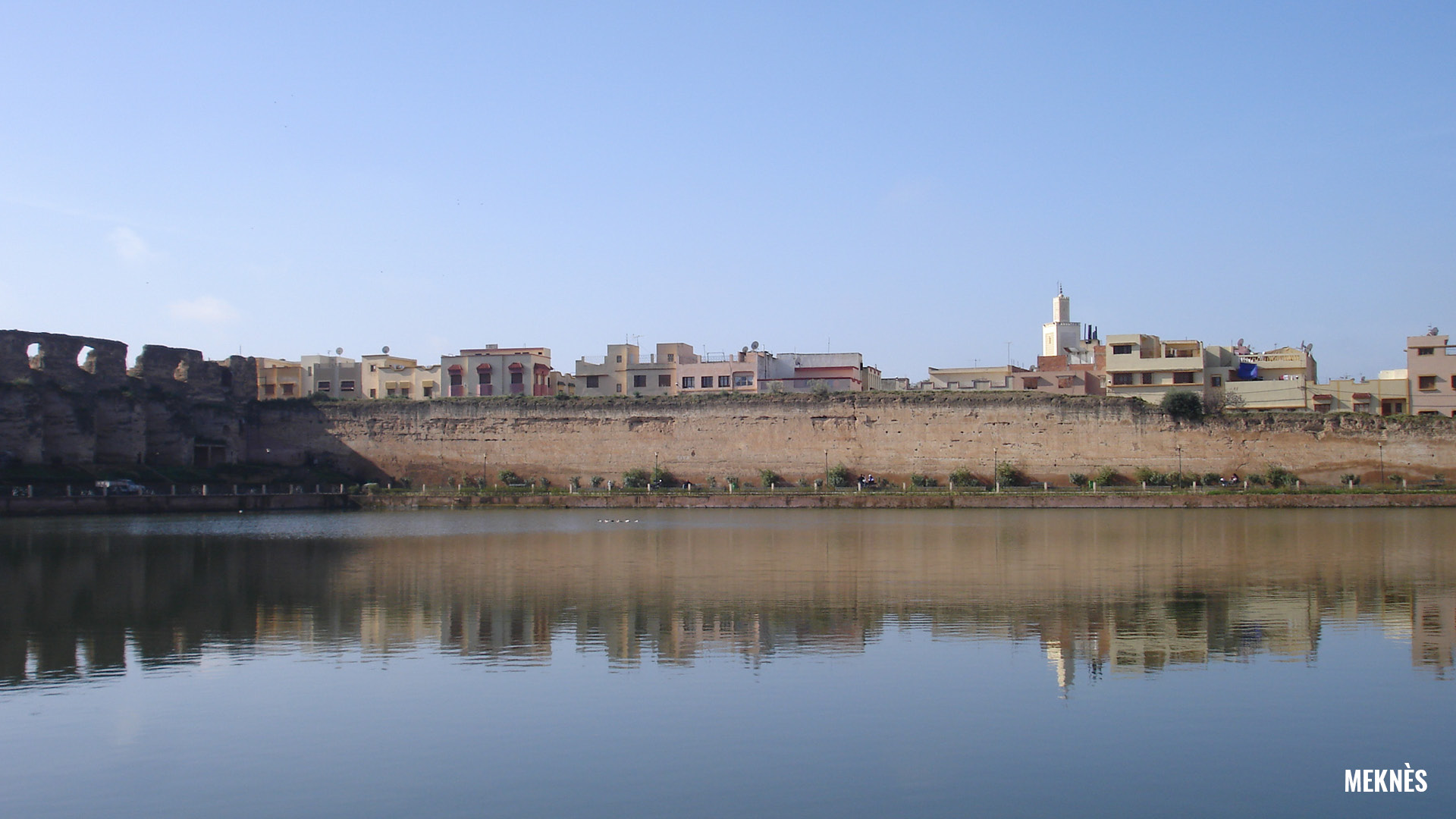 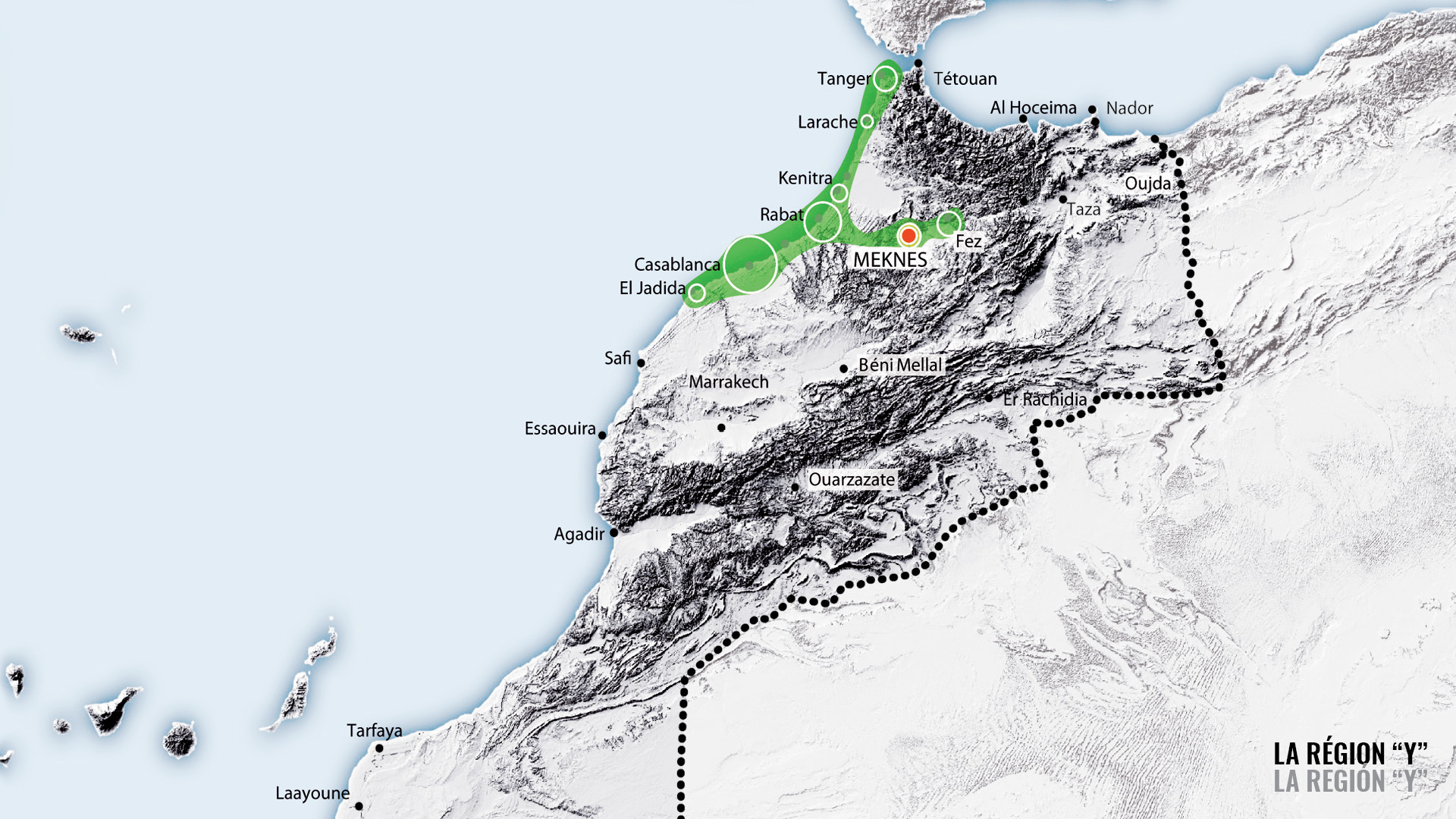 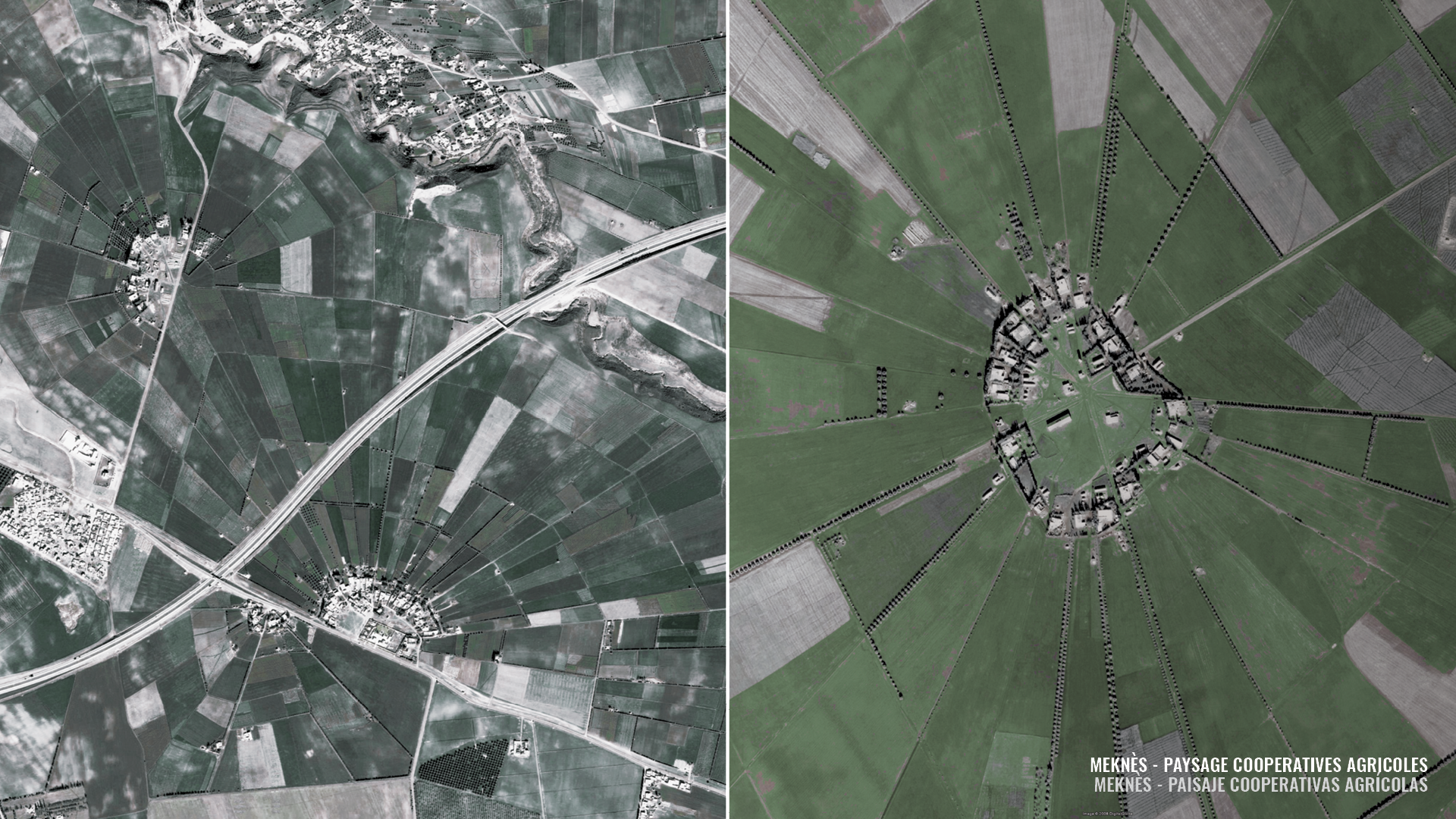 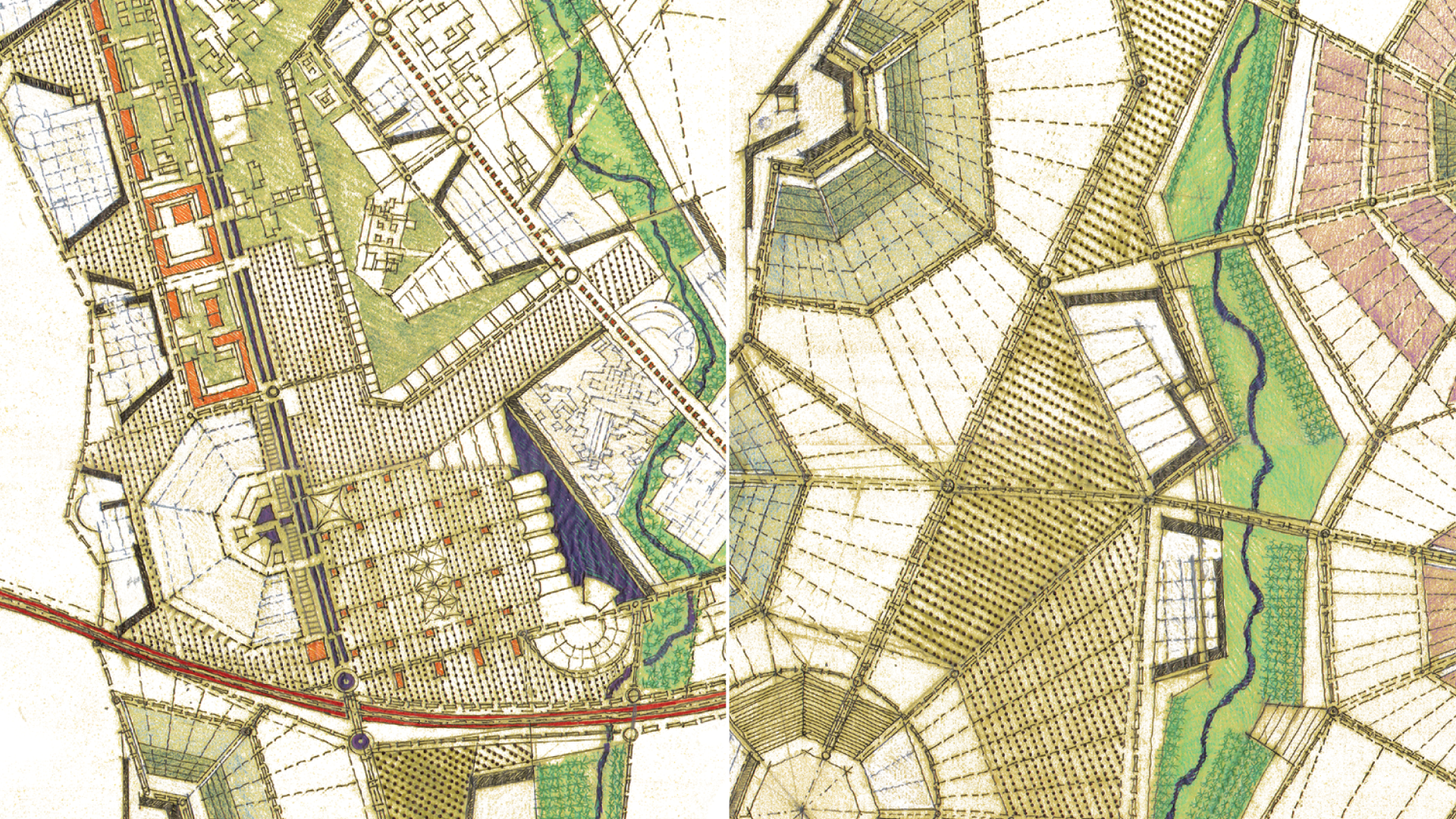 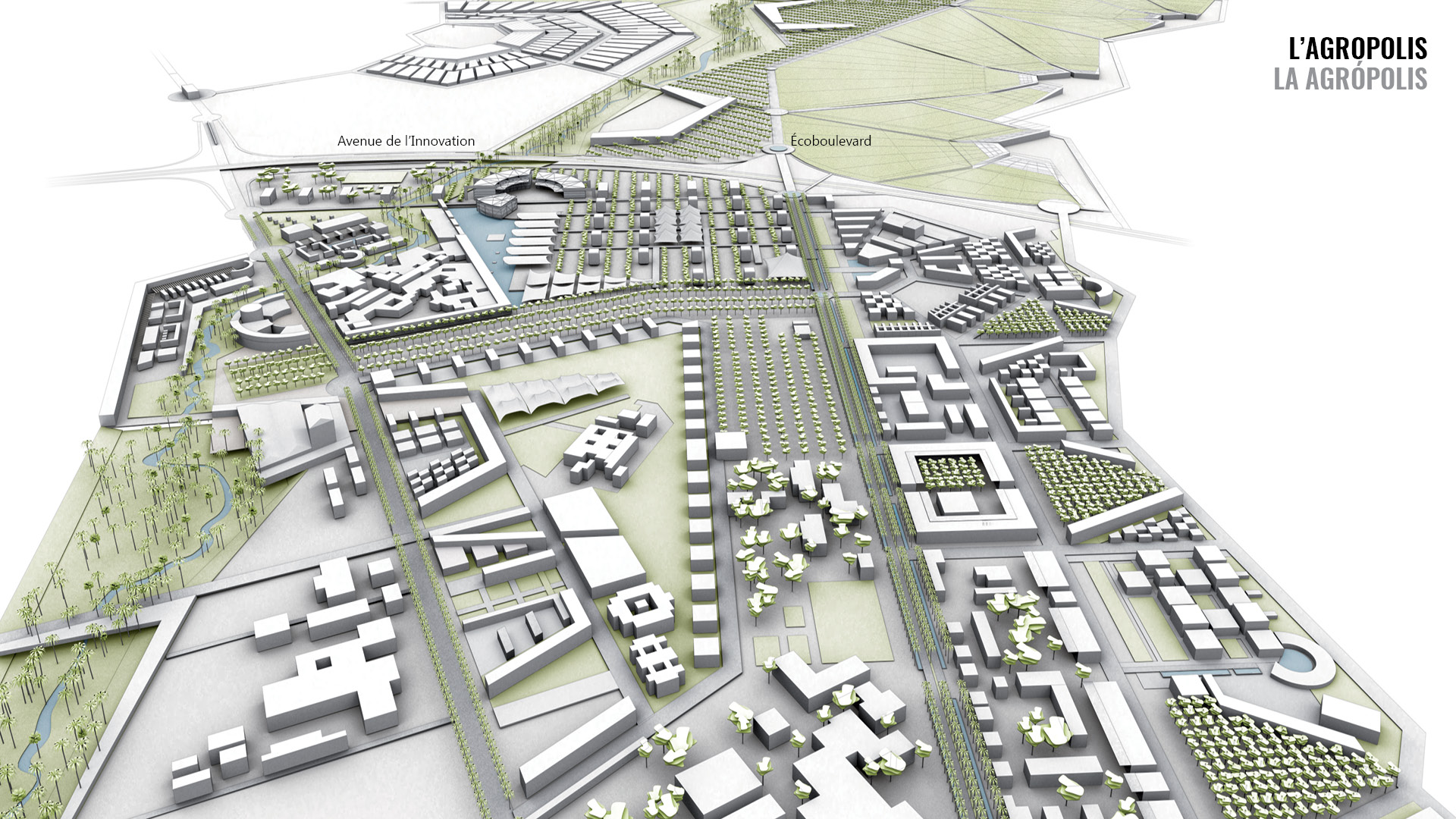 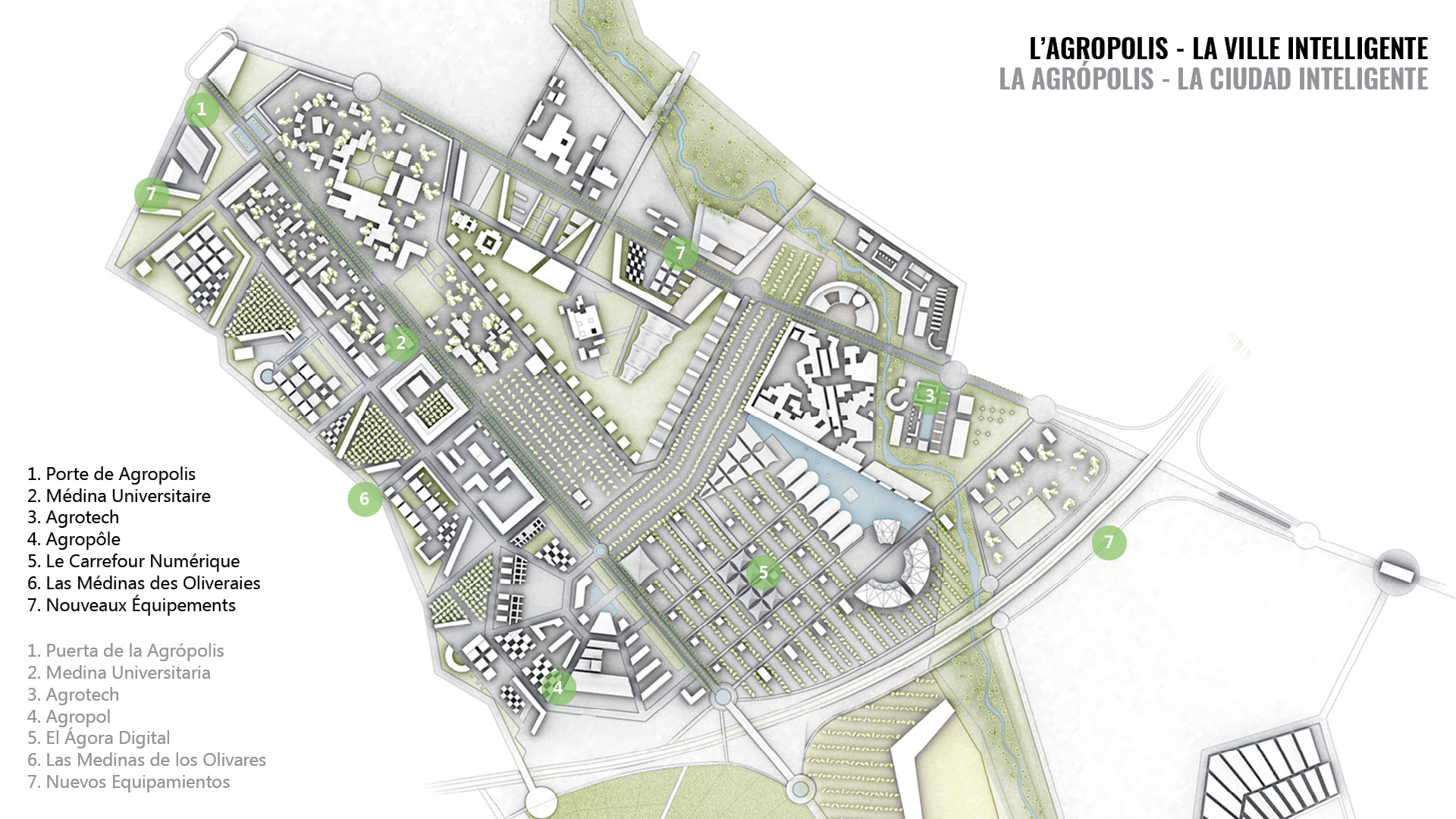 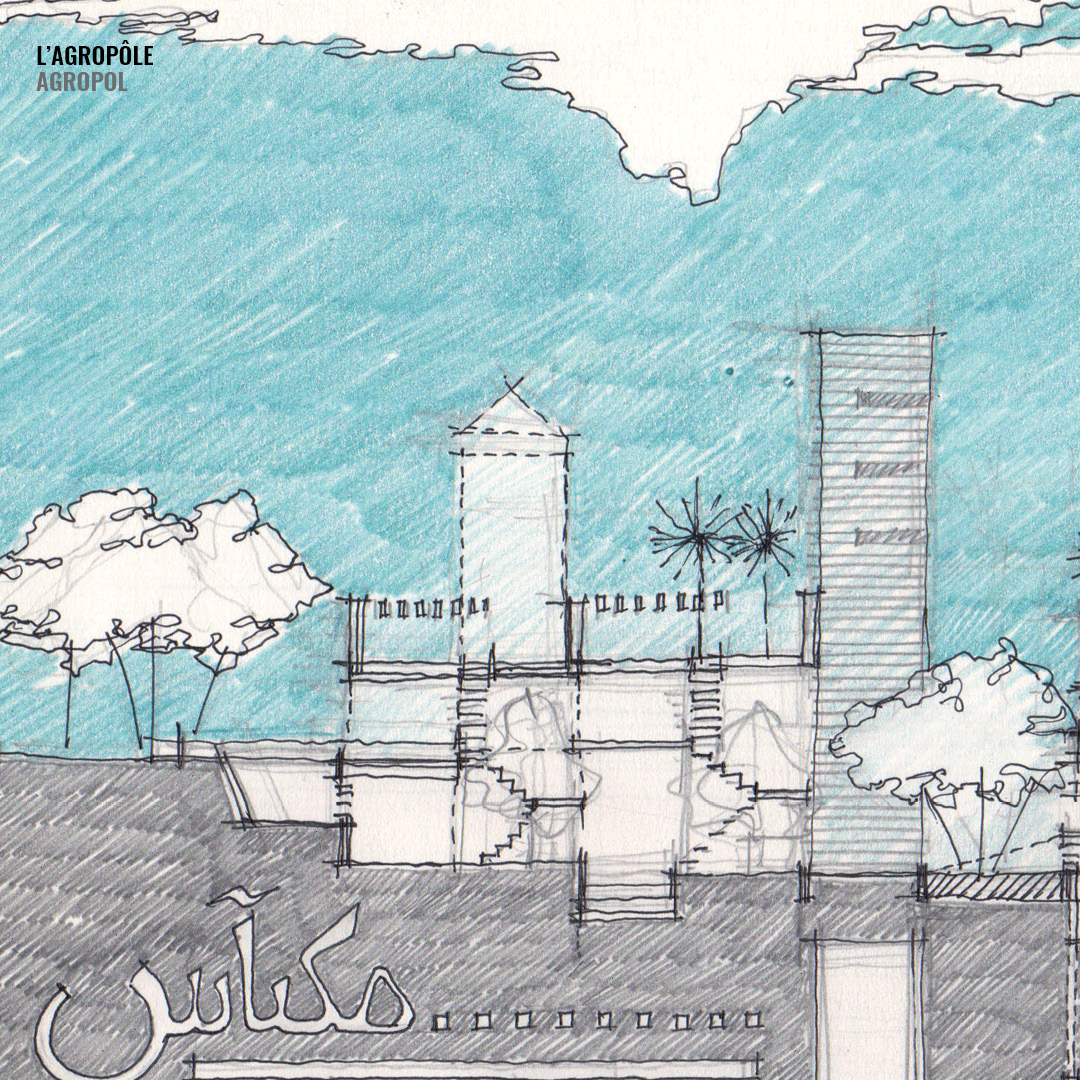 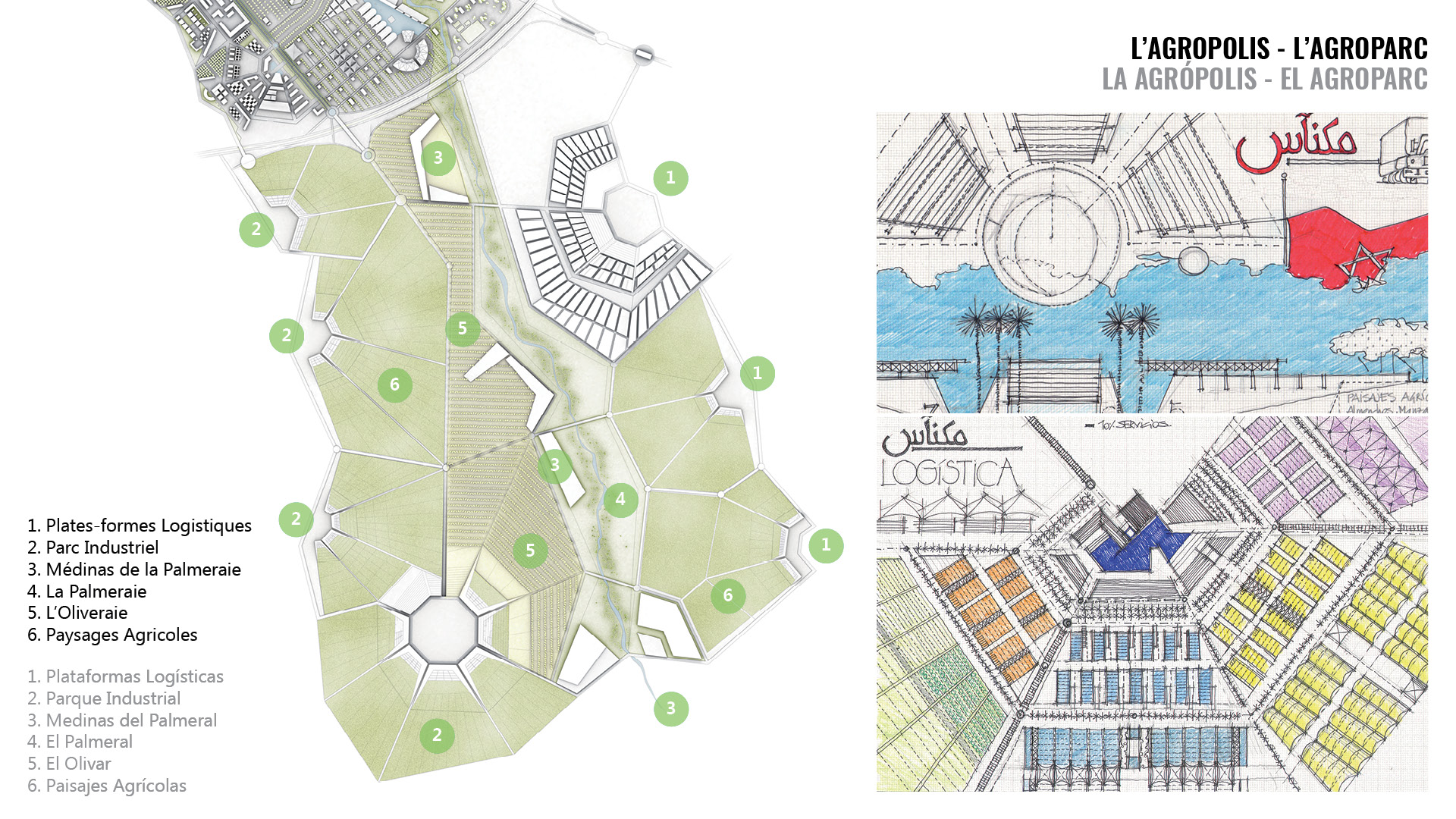 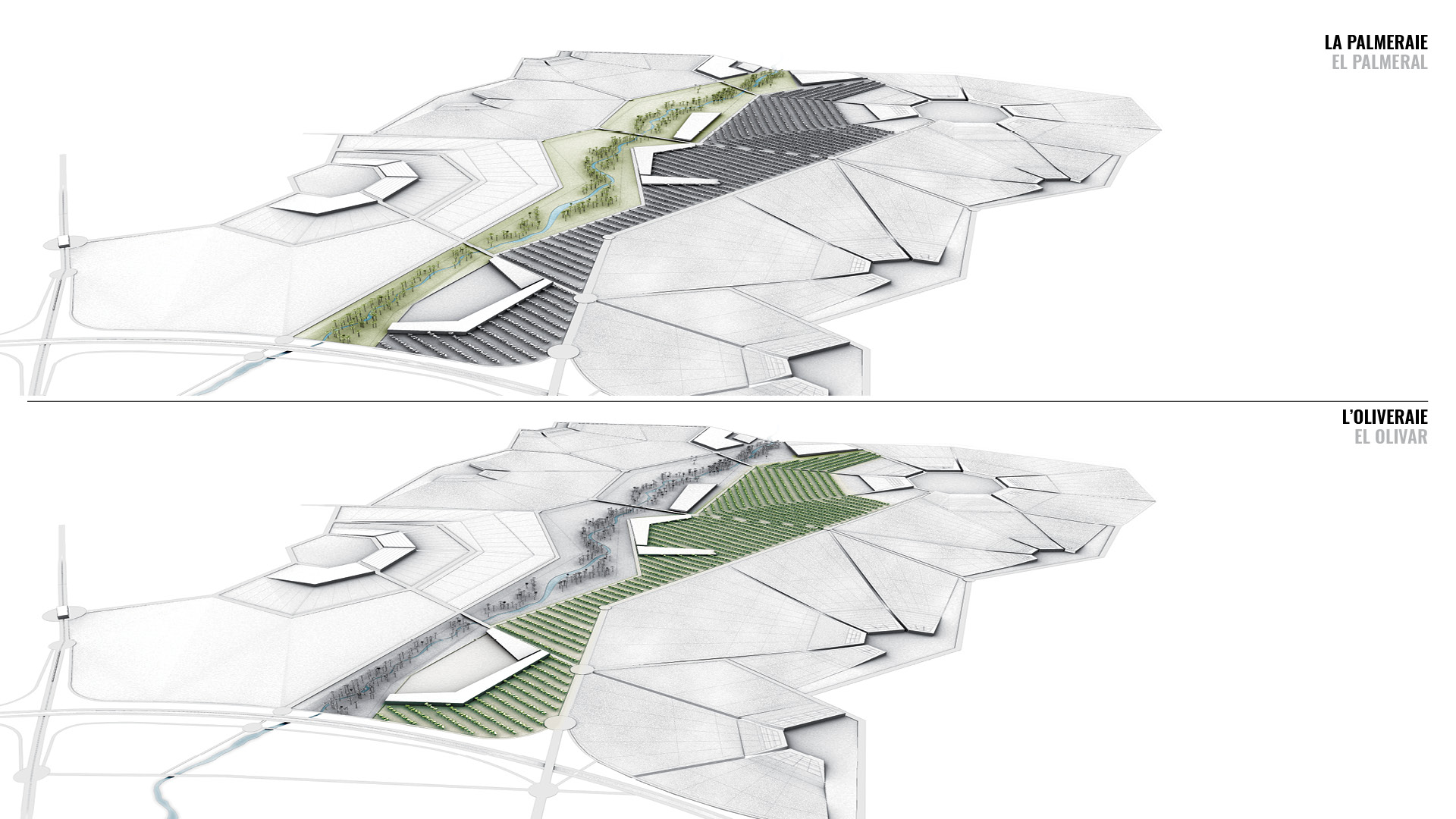 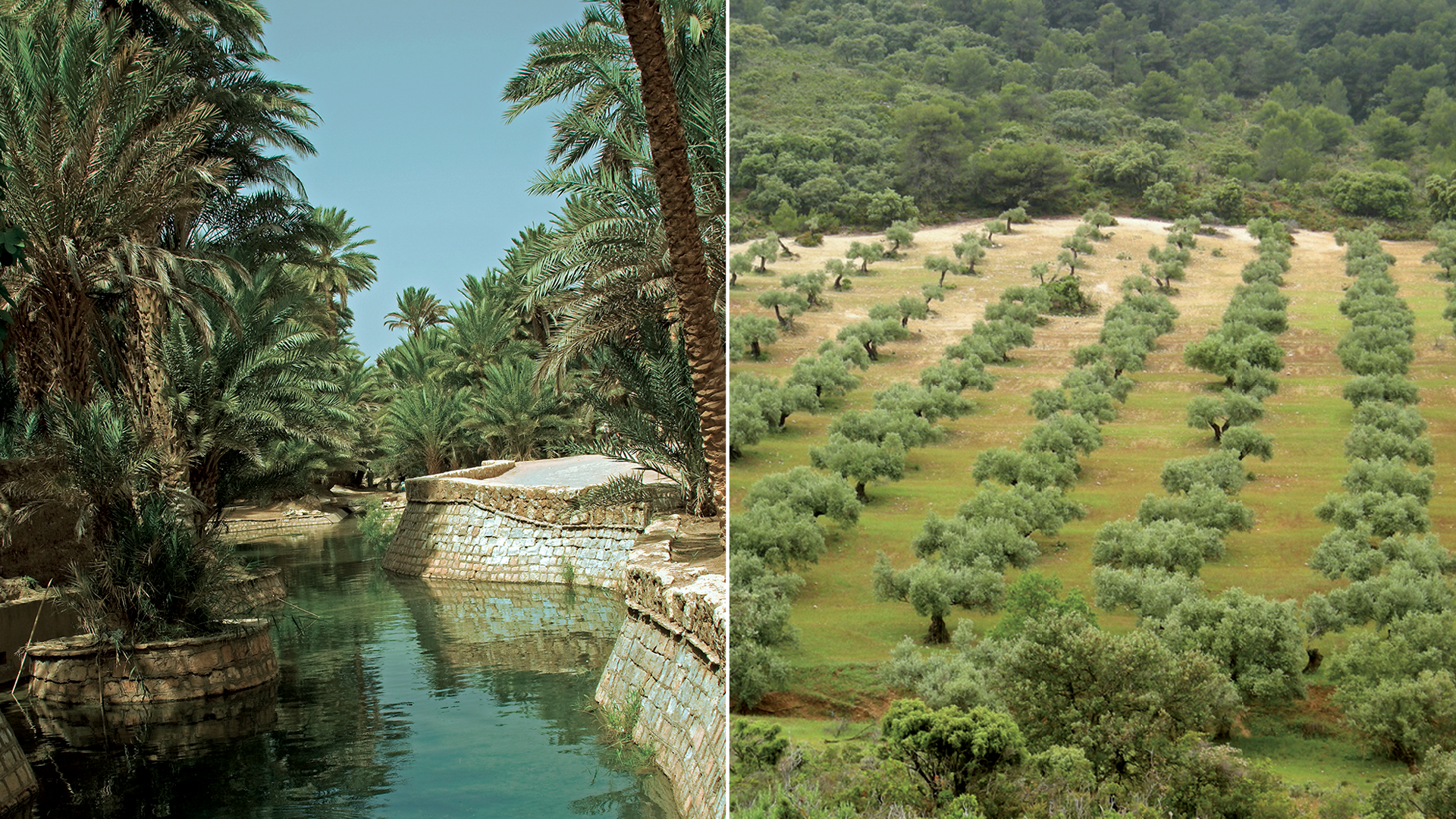 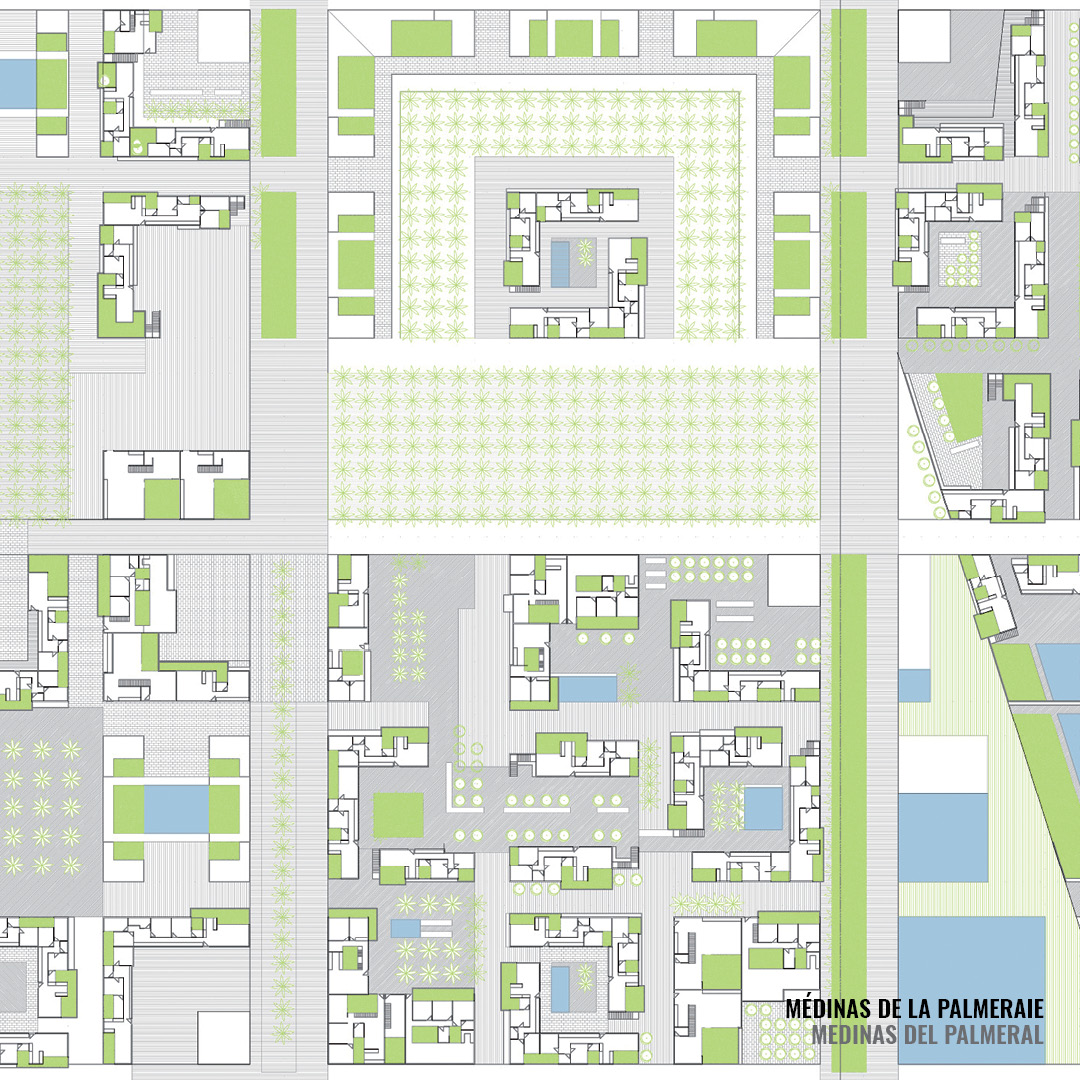 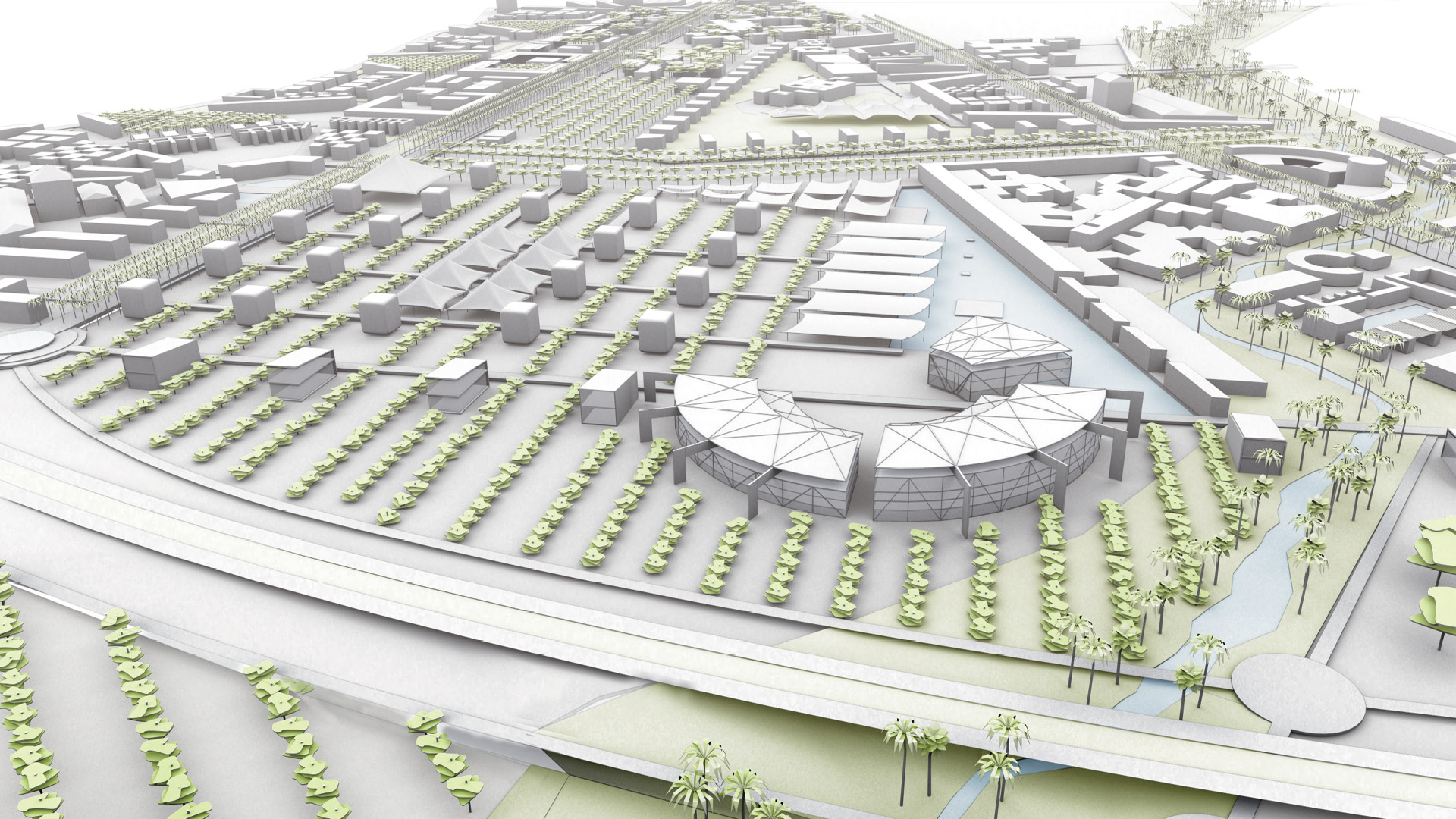 The Agropolis of Meknès is a structuring project whose main goal is to capitalize on the agricultural potential of the Meknès Region. It proposes to develop in the region a magnet of competitiveness devoted to the Agroindustry.

The Agropolis is inserted in the frame of the handover of the national strategies to the territories under the name of “Morocco Green Plan” and “Emergency”, which have maintained the agroindustrial sector as one of the basis for the economic development of Morocco.

The Agropolis is a project focused on the agri-food industry, spanning from technical and higher education to the development of activities and processes related to agriculture, transformation and distribution. In this context, an innovative urban space is proposed emphasizing public spaces for relationship, as well as investigation, production, logistic, residential and leisure areas. In addition, a special interest is set on landscape as a way of integrating the mix of uses and providing formal coherence in the Agropolis of Meknès.