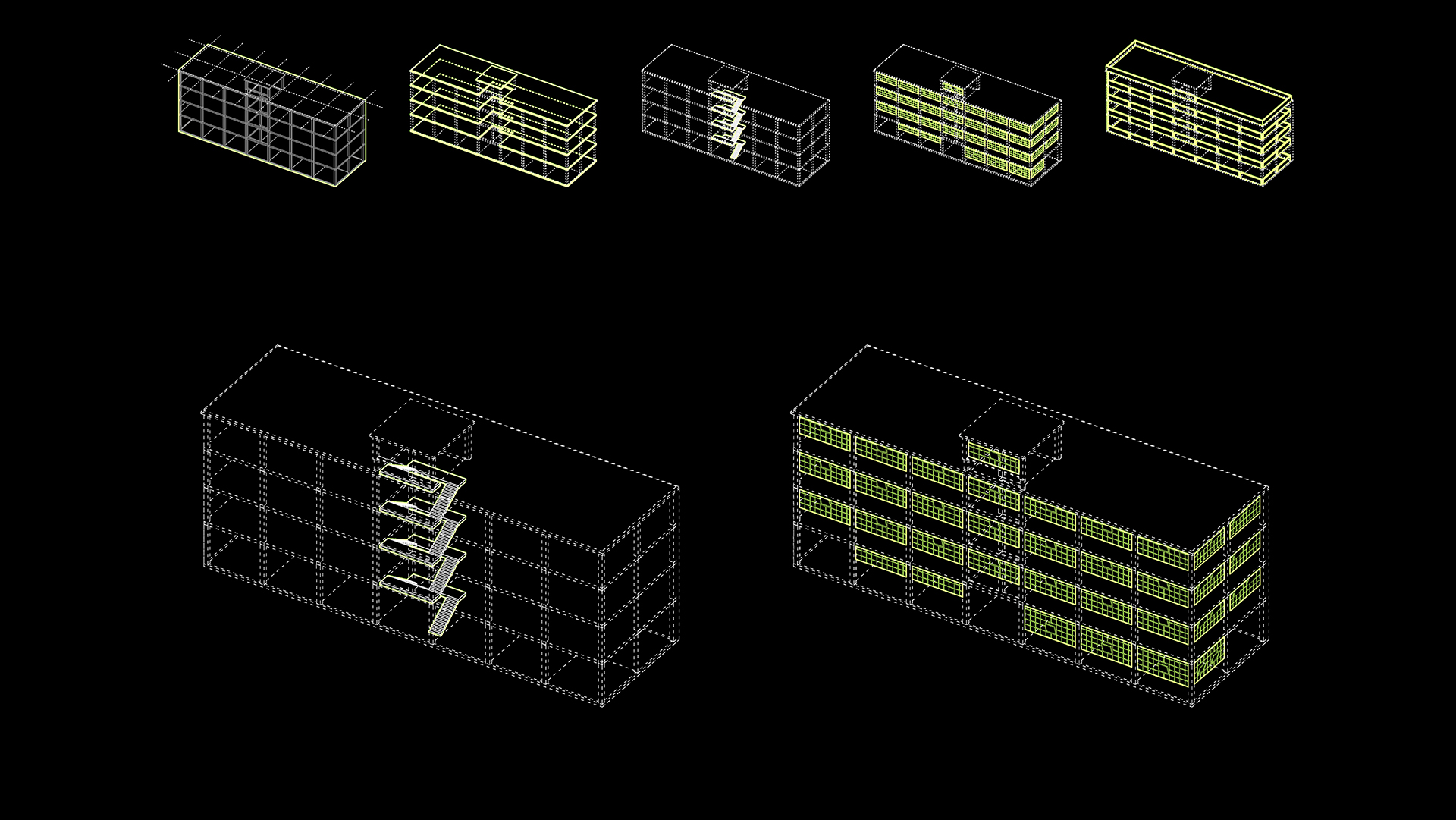 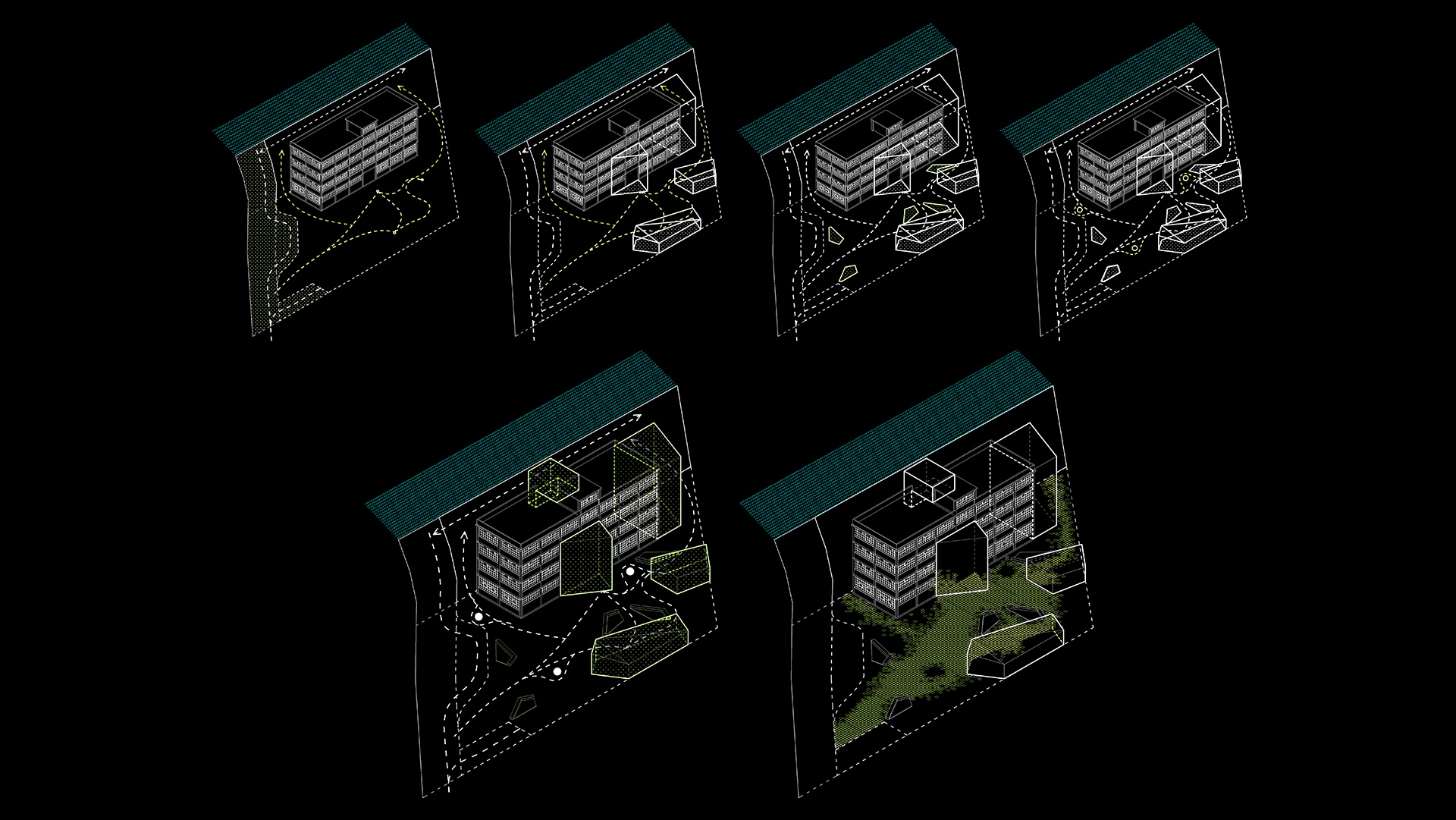 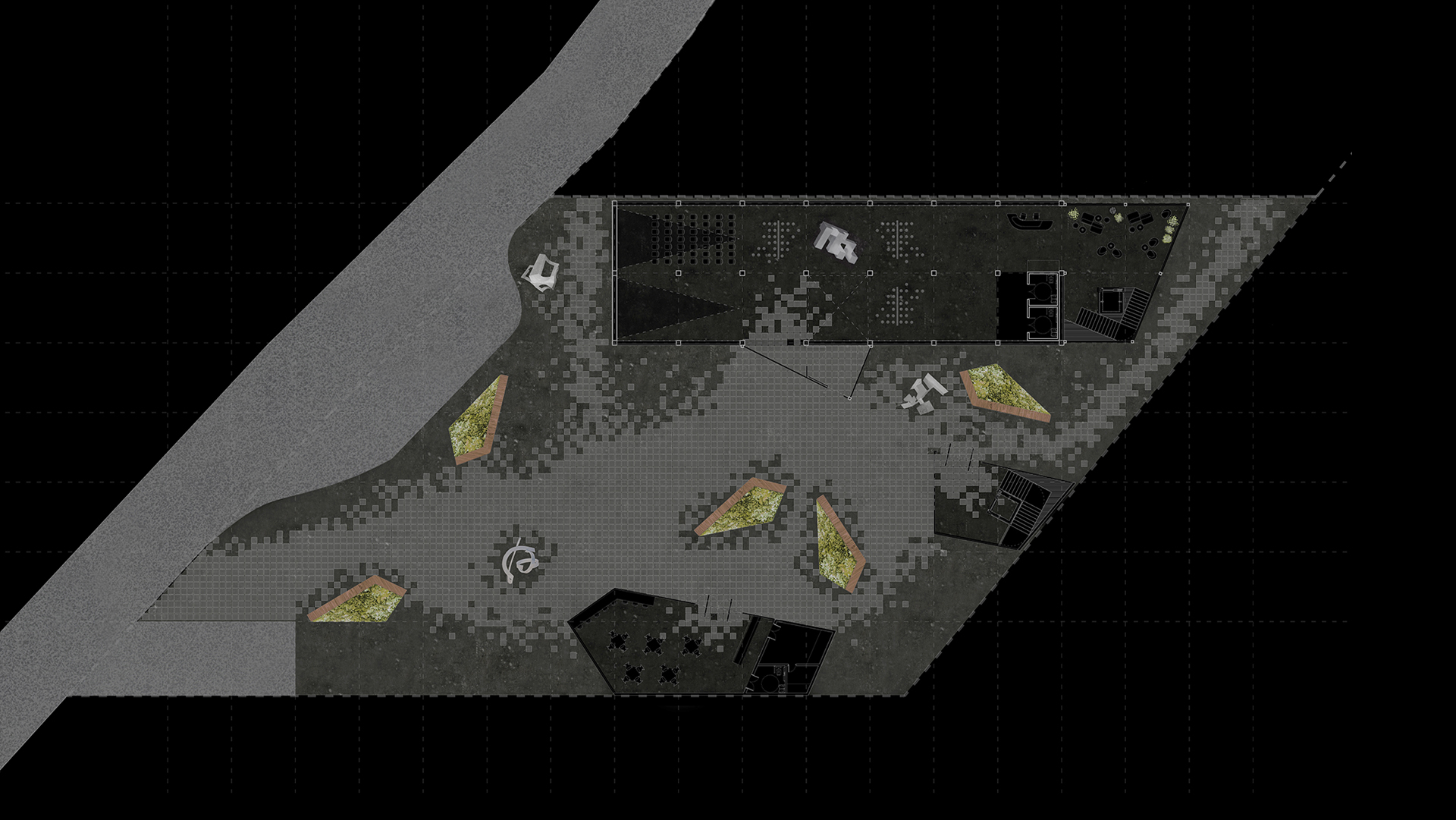 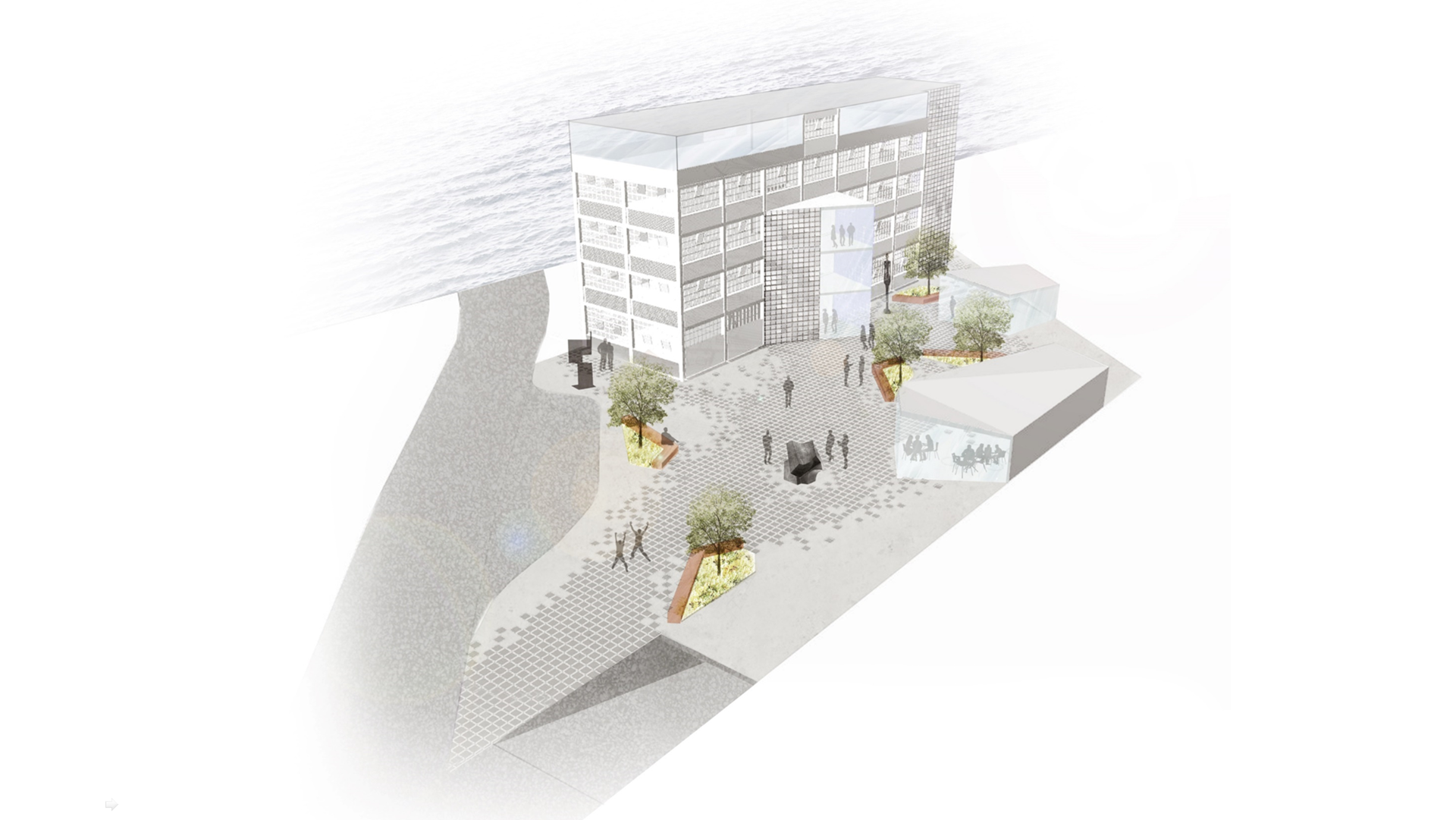 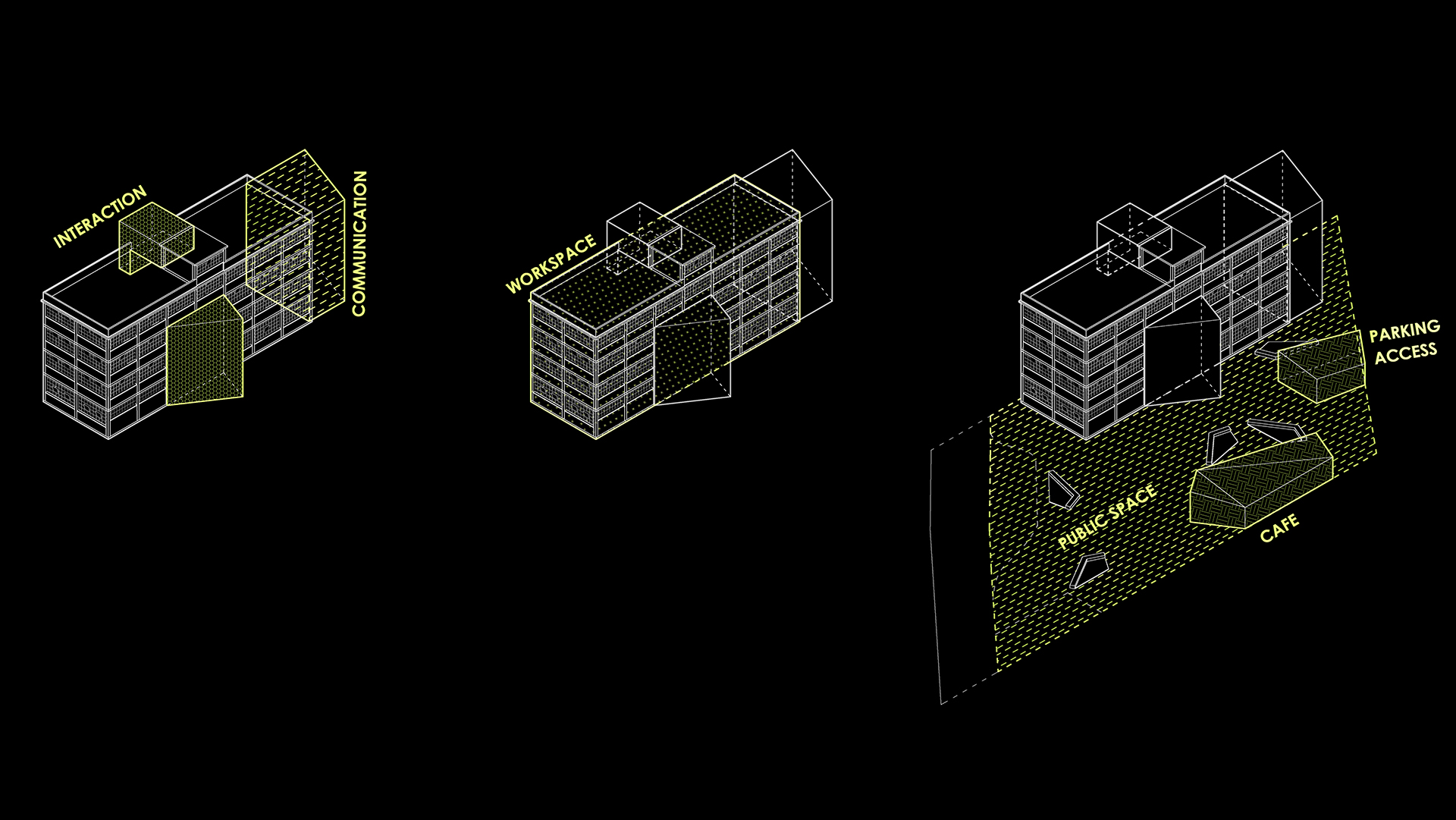 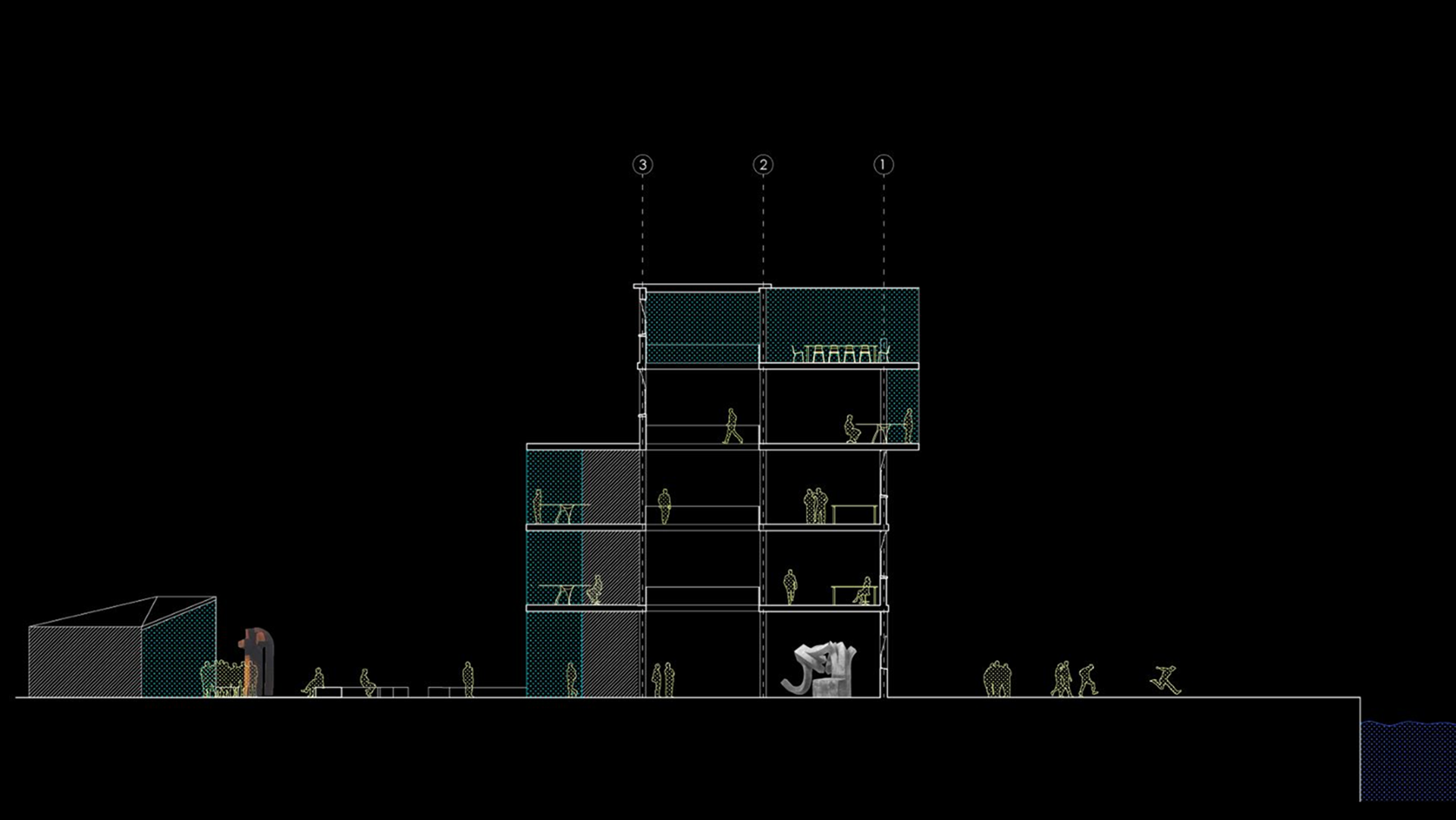 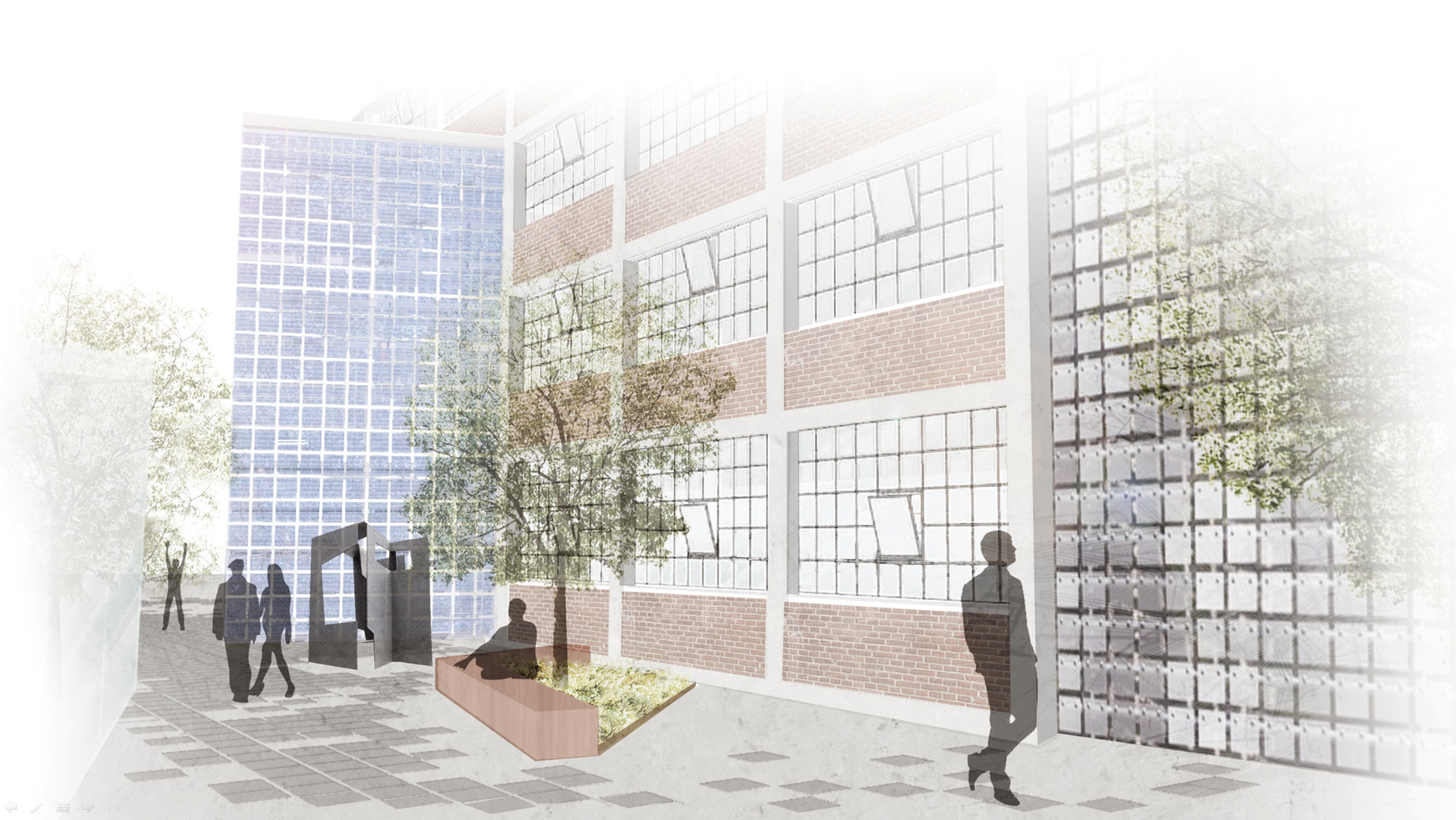 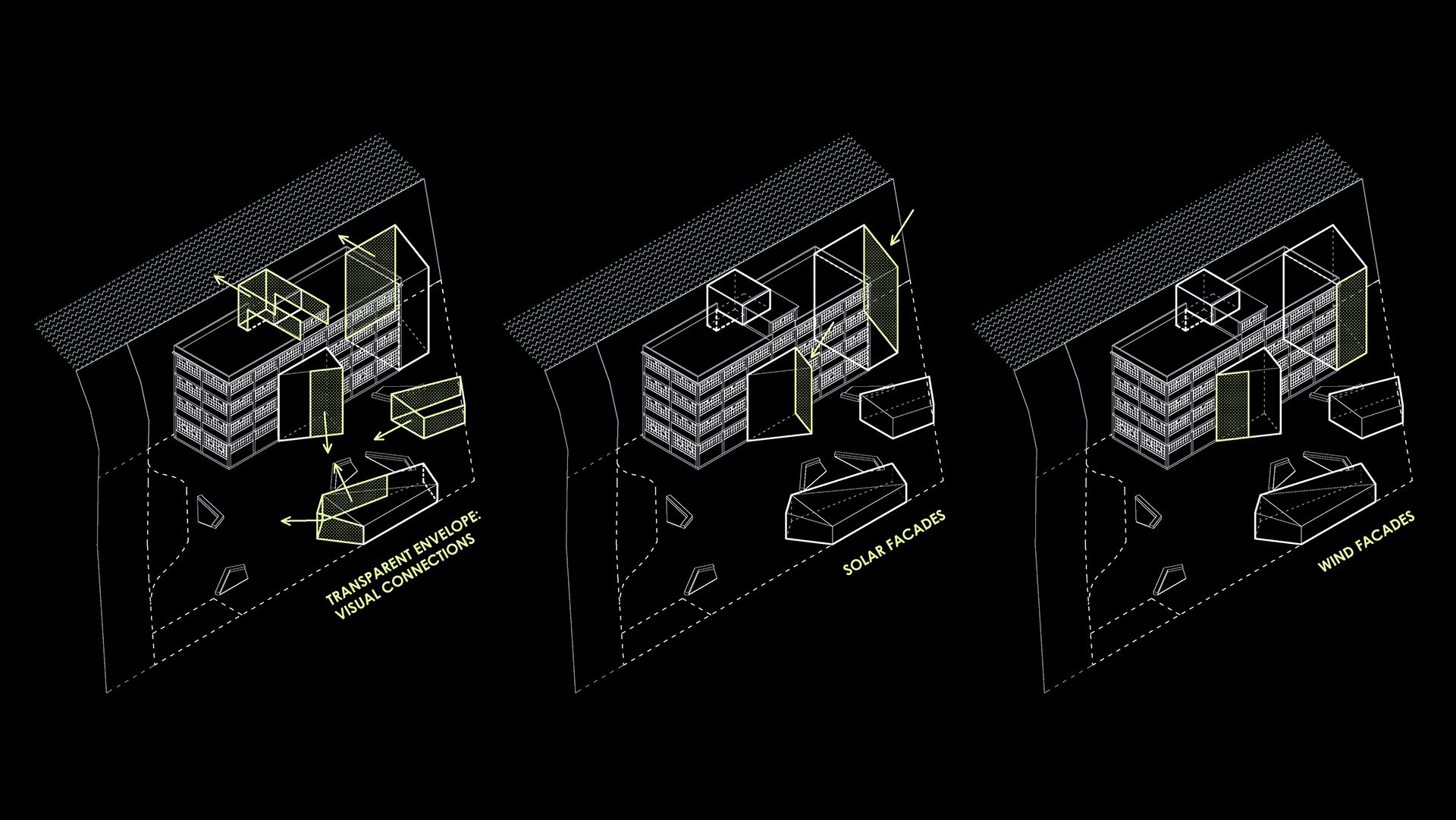 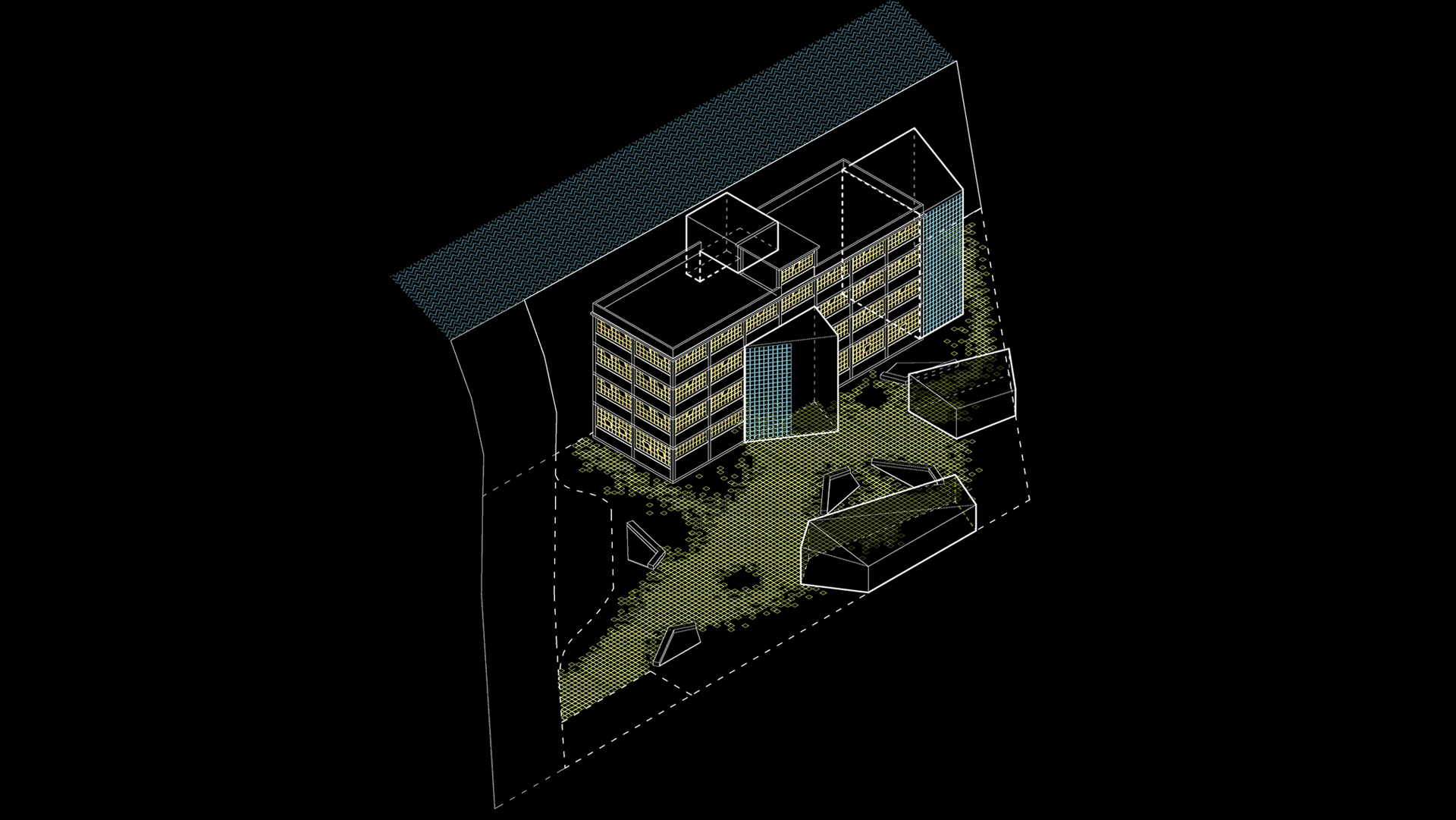 The project aims to retrofit the building and adapt it to co-working space. The strategy aims to plug in the circulation and common areas as new volumes whilst leaving the existing building as large open plan working space. This would allow for flexibility in the work areas and encourage interaction in the shared areas.  A top floor is added to the building to increase its density.

The envelope of the new volumes responds to their orientation: the sides that face south become solar façades, the ones where view is required become transparent façades and the others become wind façades. The proportion and window pattern is interpreted into the rhythms of the new modules of all the new facades even if the differ materiality to integrate the presence of the old and the new.