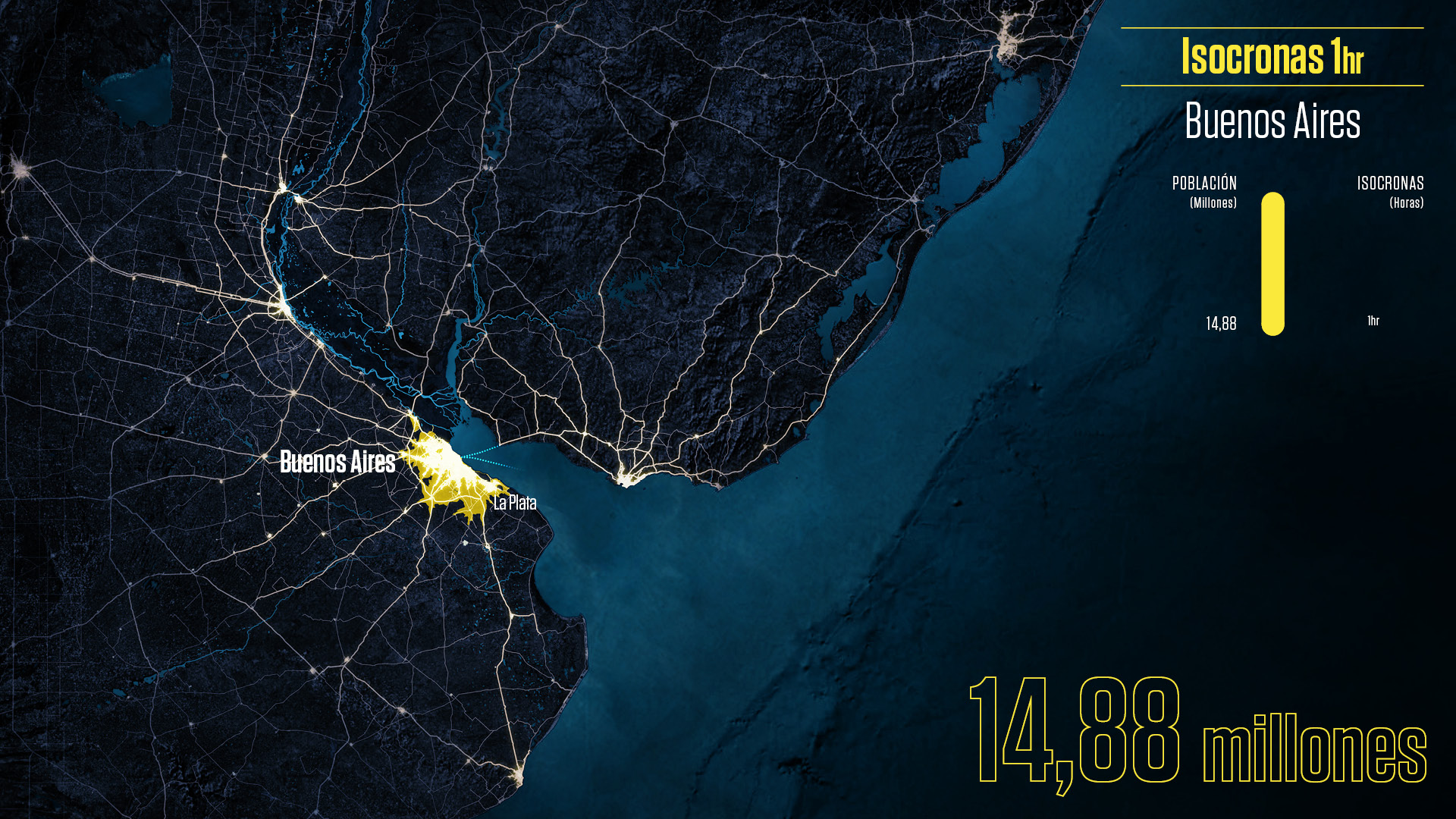 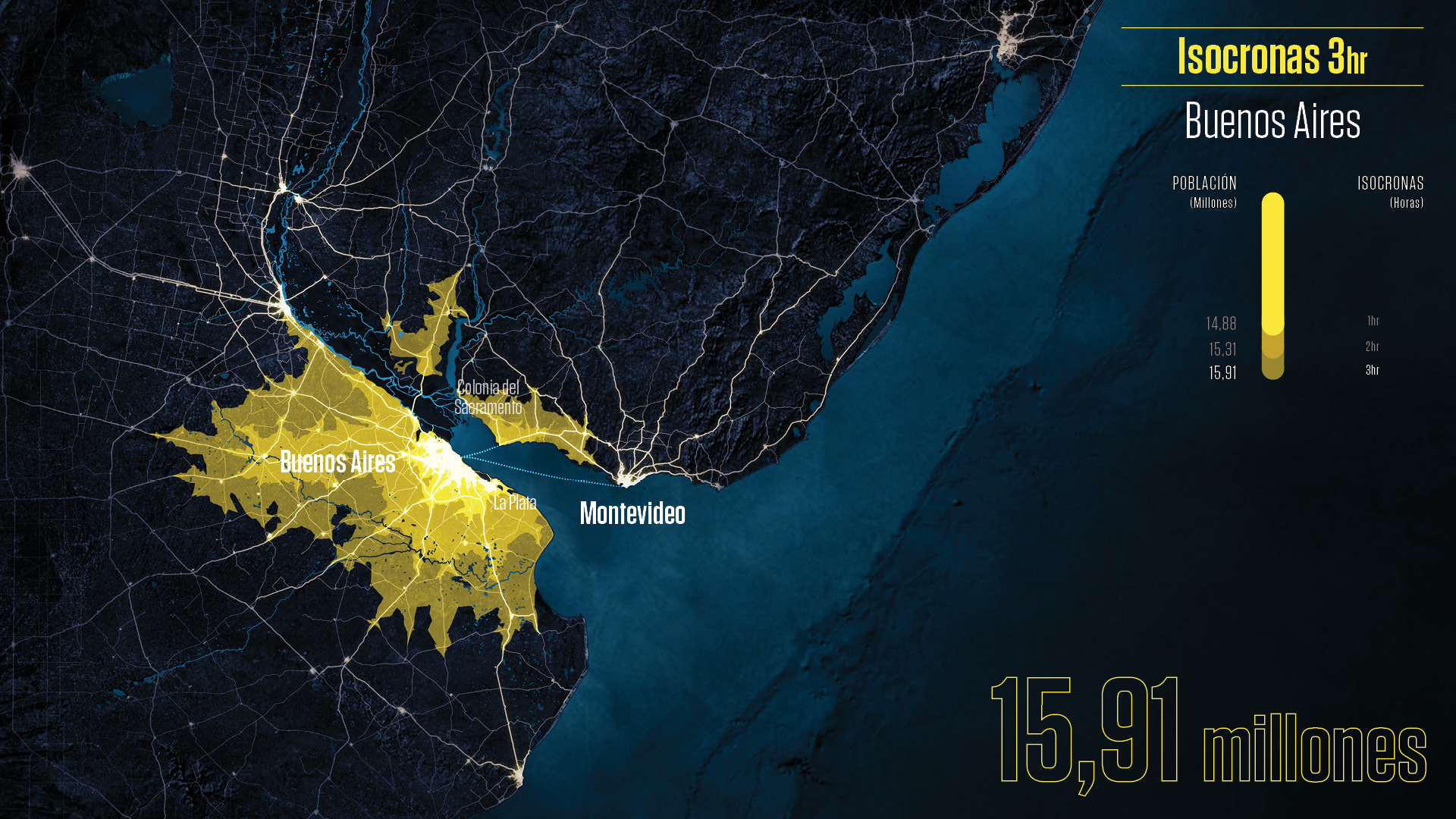 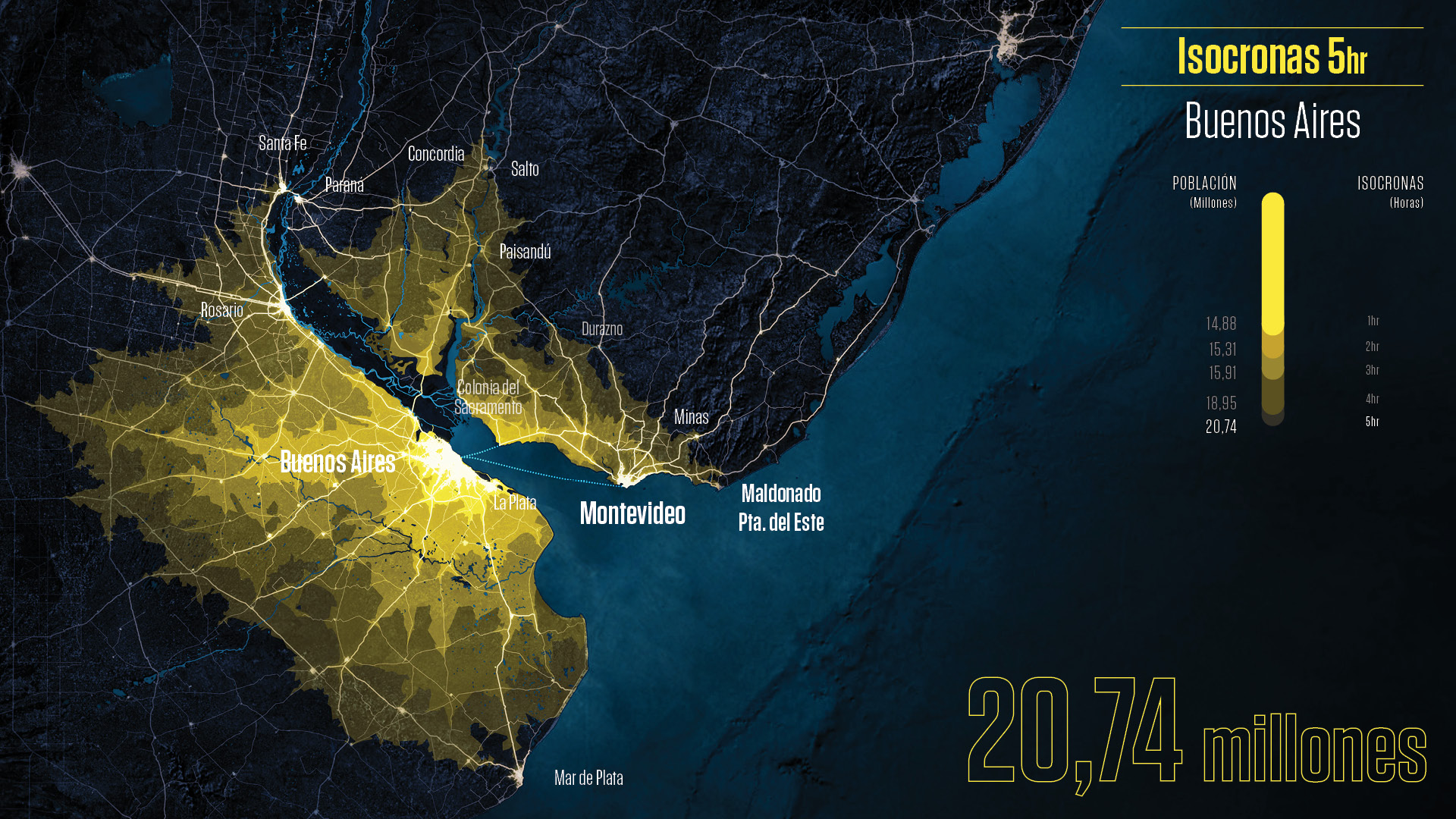 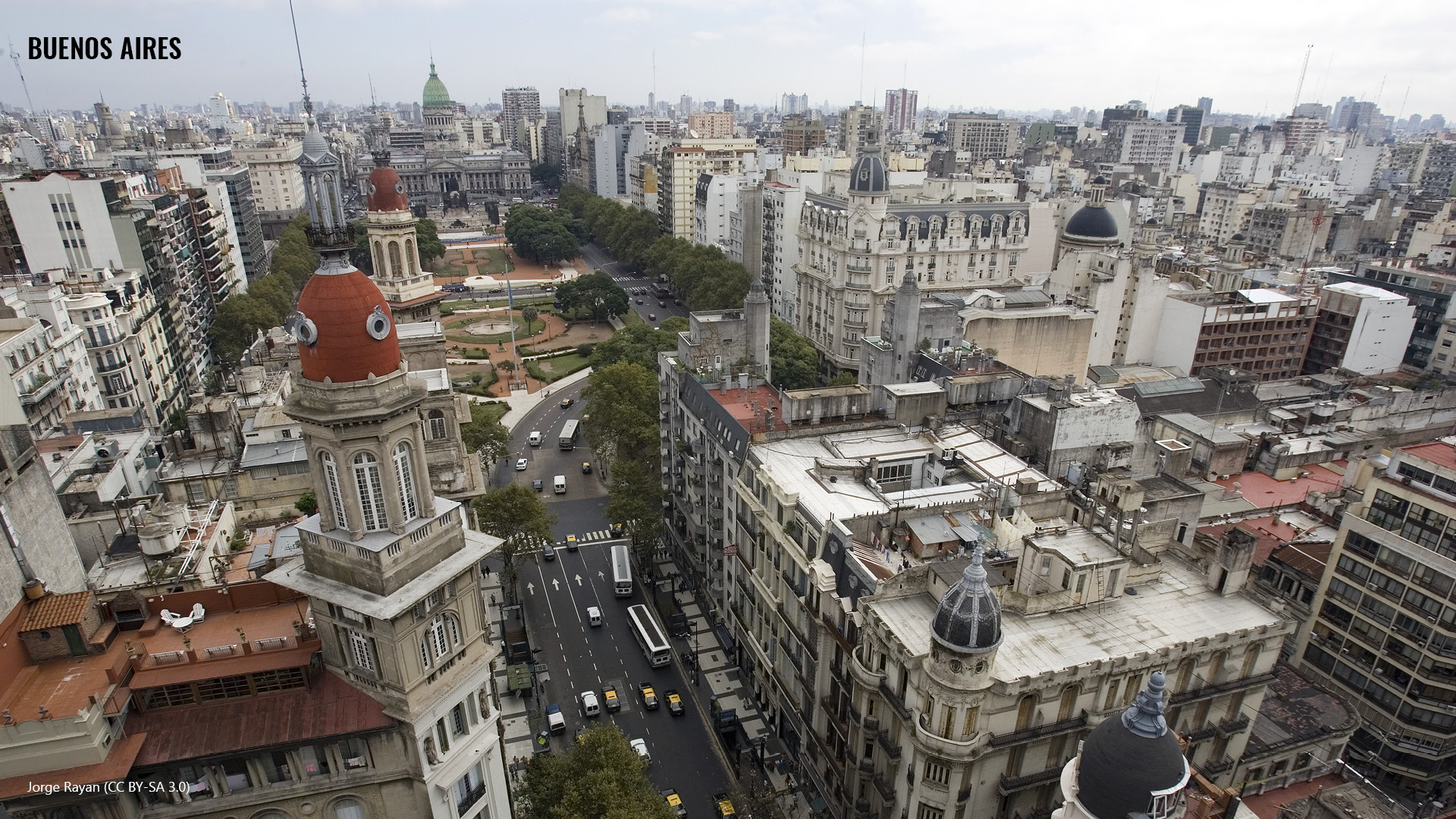 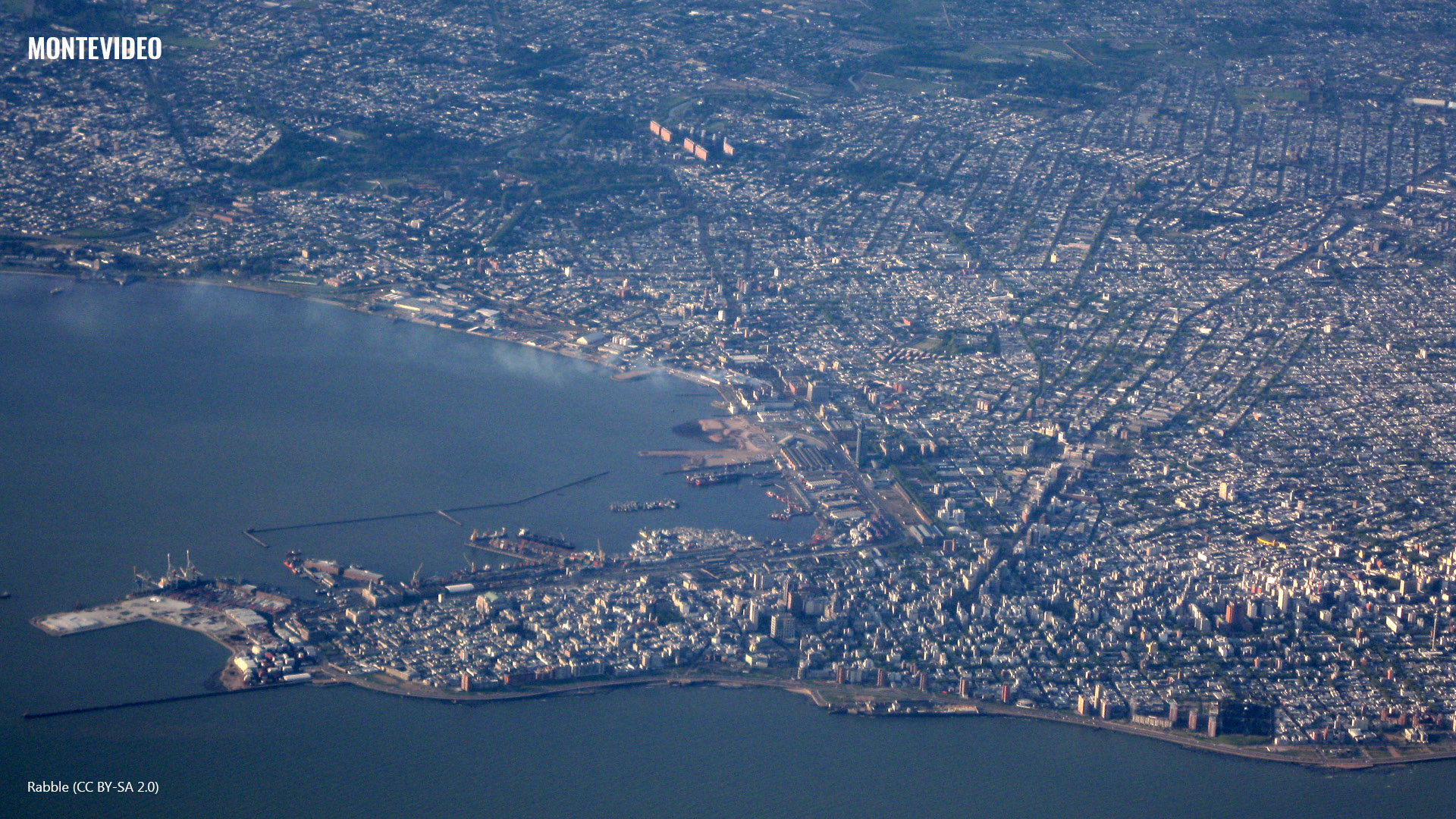 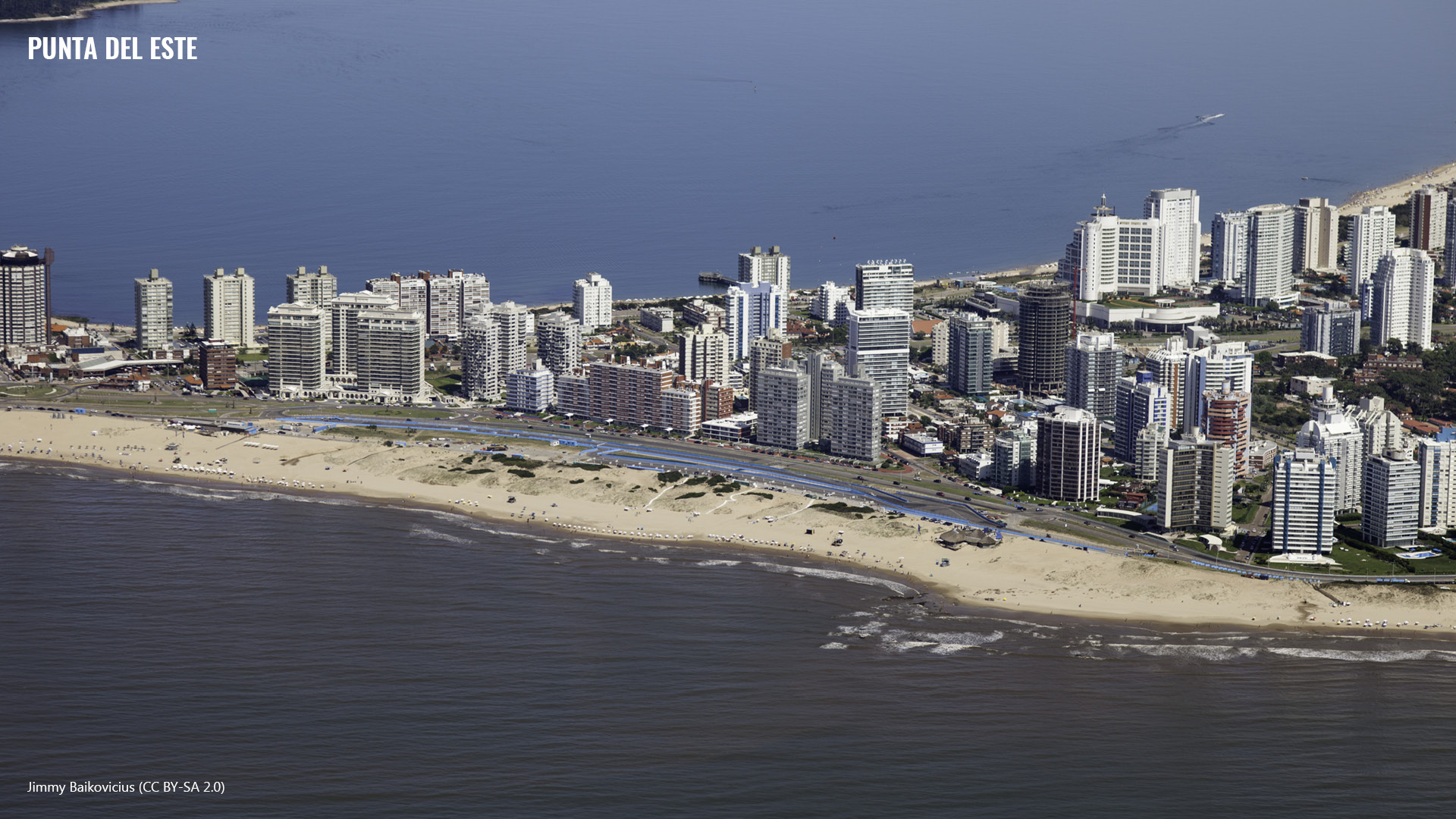 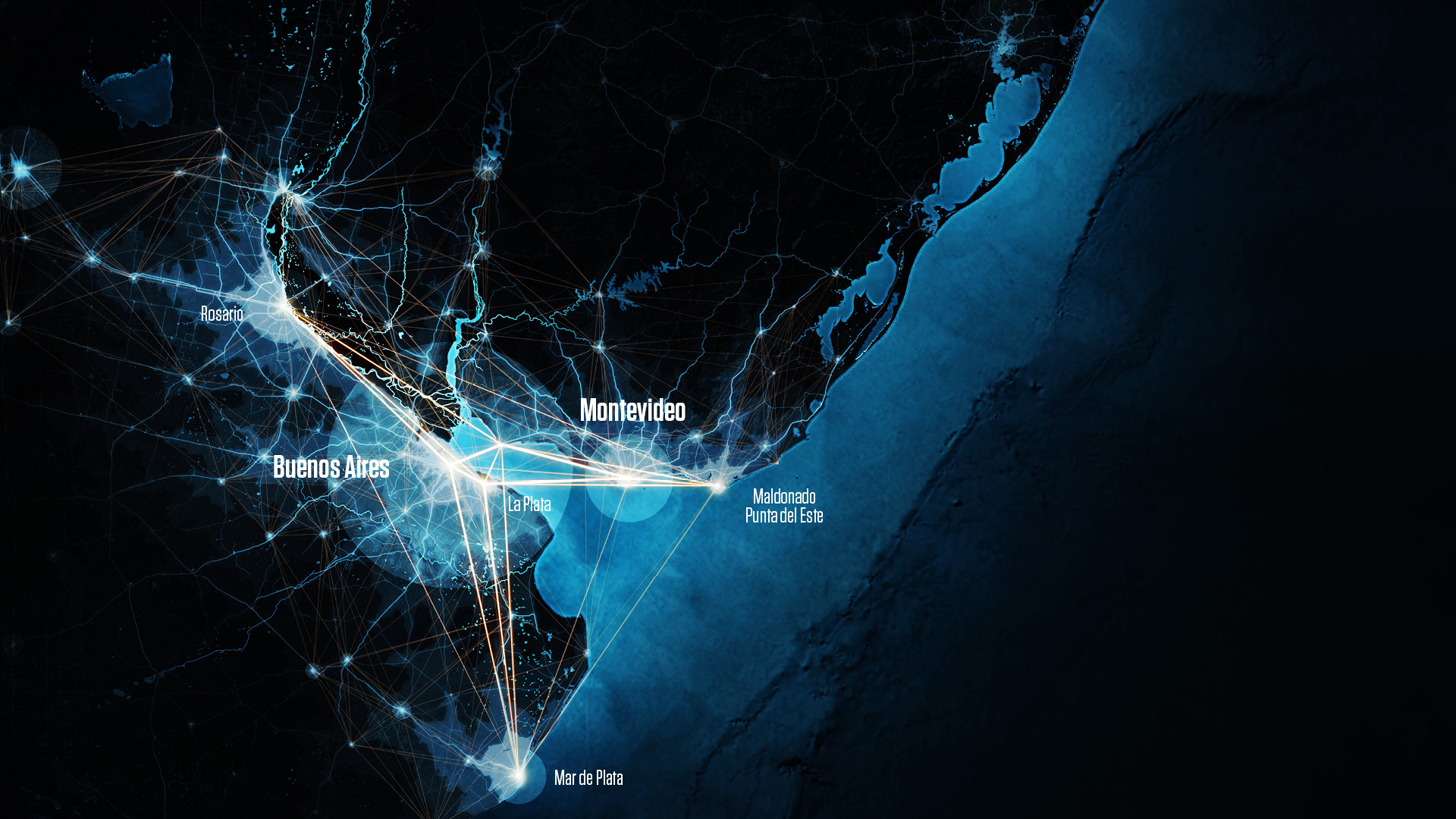 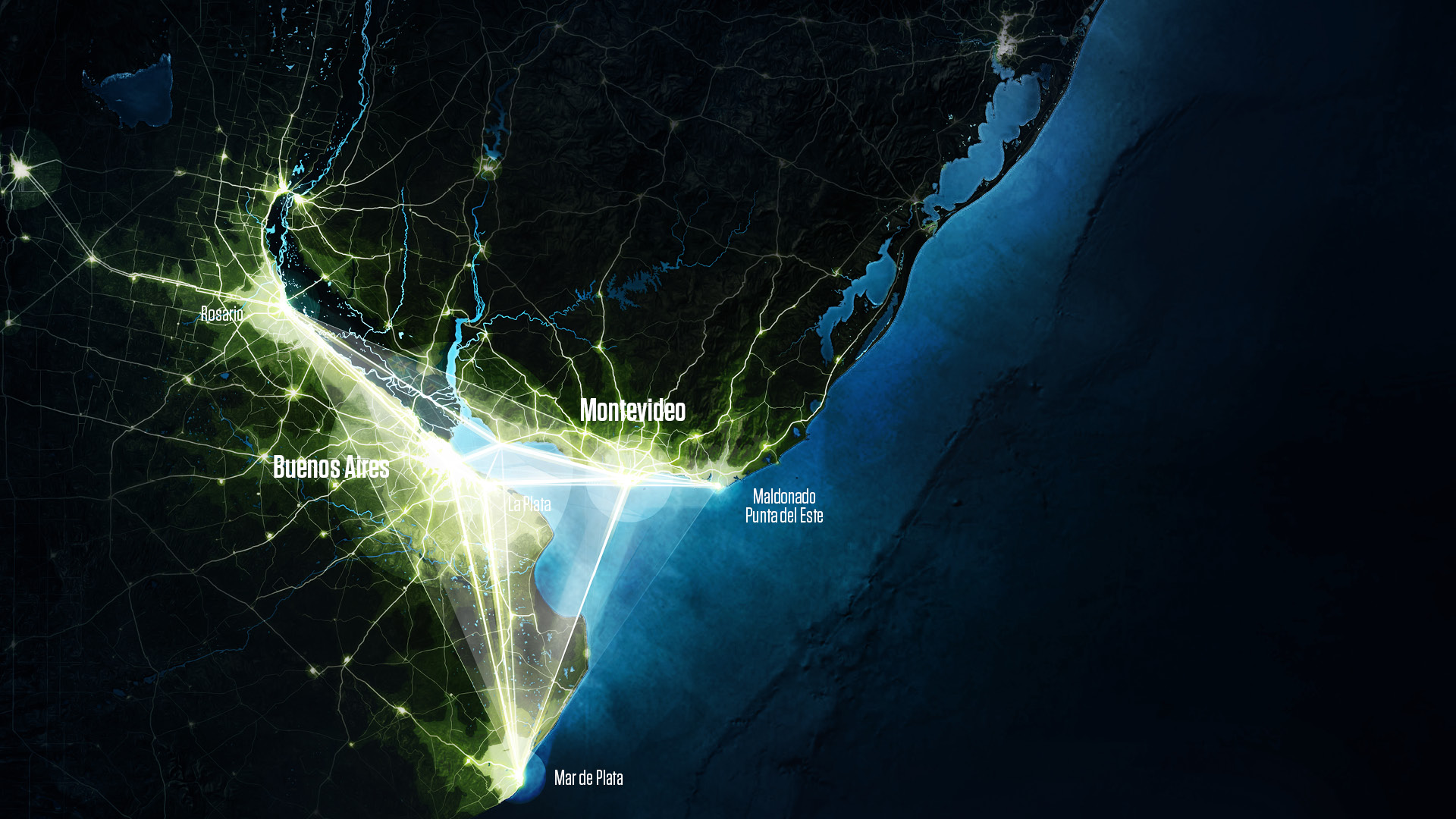 Around the great estuary of the Rio de la Plata are some of the most developed and largest urban systems of South America with a population of just over 21 million inhabitants. Main cities of Argentina and Uruguay are located within this area at a very short distance by sea and by land.

Main urban node is the Metropolitan Region of Buenos Aires, which with 14.3 million inhabitants is one of the great megacities of the world. Although this urban area occupies only 0.5% of the total area of Argentina, within it 35% of the country’s population lives and more than 30% of the country’s GDP is generated. With almost one million inhabitants, in the stretches of the Paraná River near the mouth the city of Rosario and Santa Fe are located, while in the southernmost part of the estuary is the Mar del Plata with almost 800,000 inhabitants. In the Uruguayan section towards the Metropolitan Area of ​​Montevideo we must add the presence of the Maldonado-Punta del Este Urban Area. Along the lower course of the Uruguay River are the other two major cities of the country, Salto and Paysandú.

The estuary is also the natural outlet to the sea and the point of convergence of the axes of communication of a vast territory of almost 3 million km2,  which covers Uruguay and almost all of northern Argentina,  in addition to the entire territory of Paraguay with the Metropolitan Area of ​​Asunción and great extensions of east Bolivia and the south of Brazil.

The Diamond of Buenos Aires  is an initiative for this territory to participate with a significant  role in the new international scenario of global cities through strategies supported by complementarity and synergies between the different nodes that compose it.