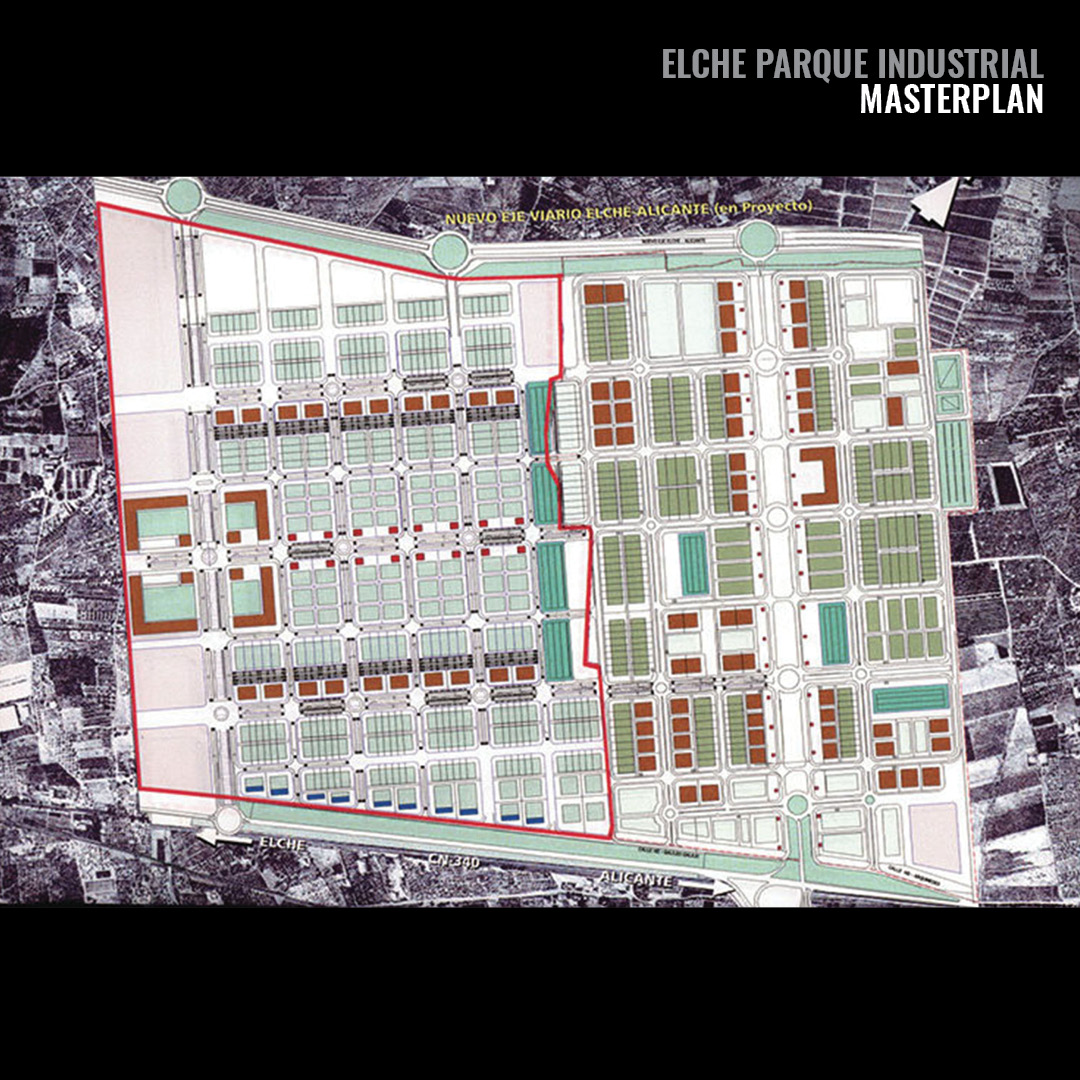 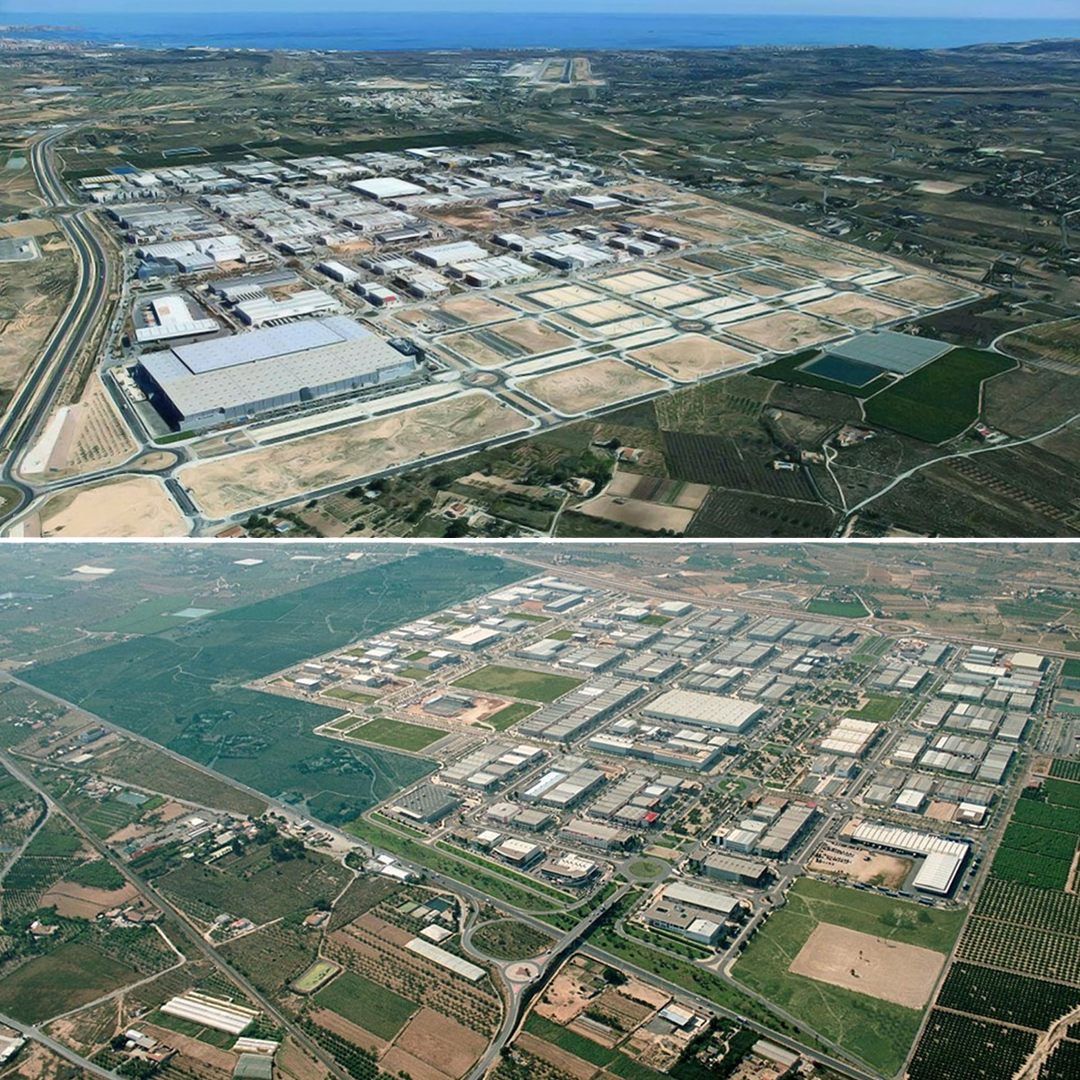 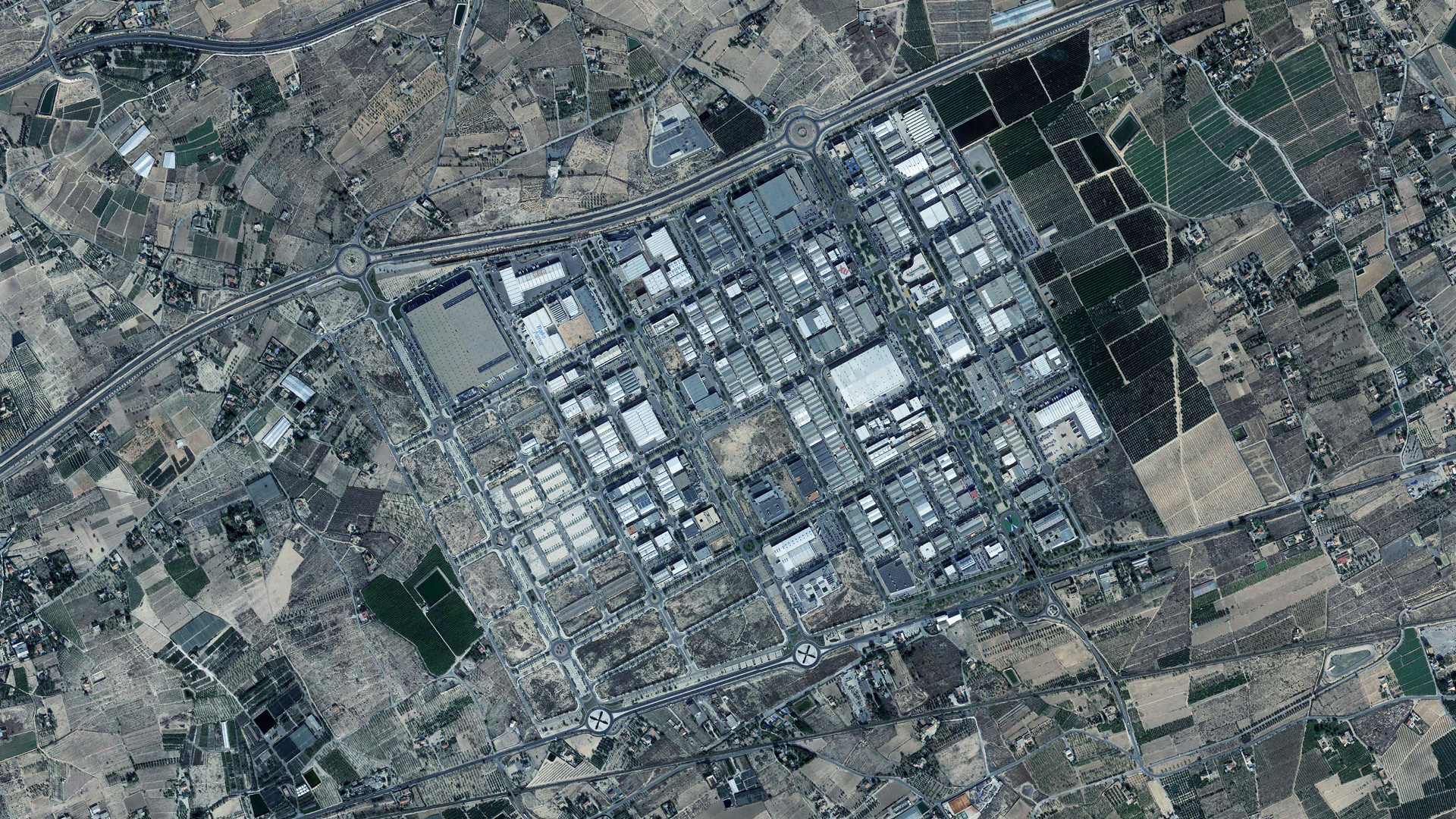 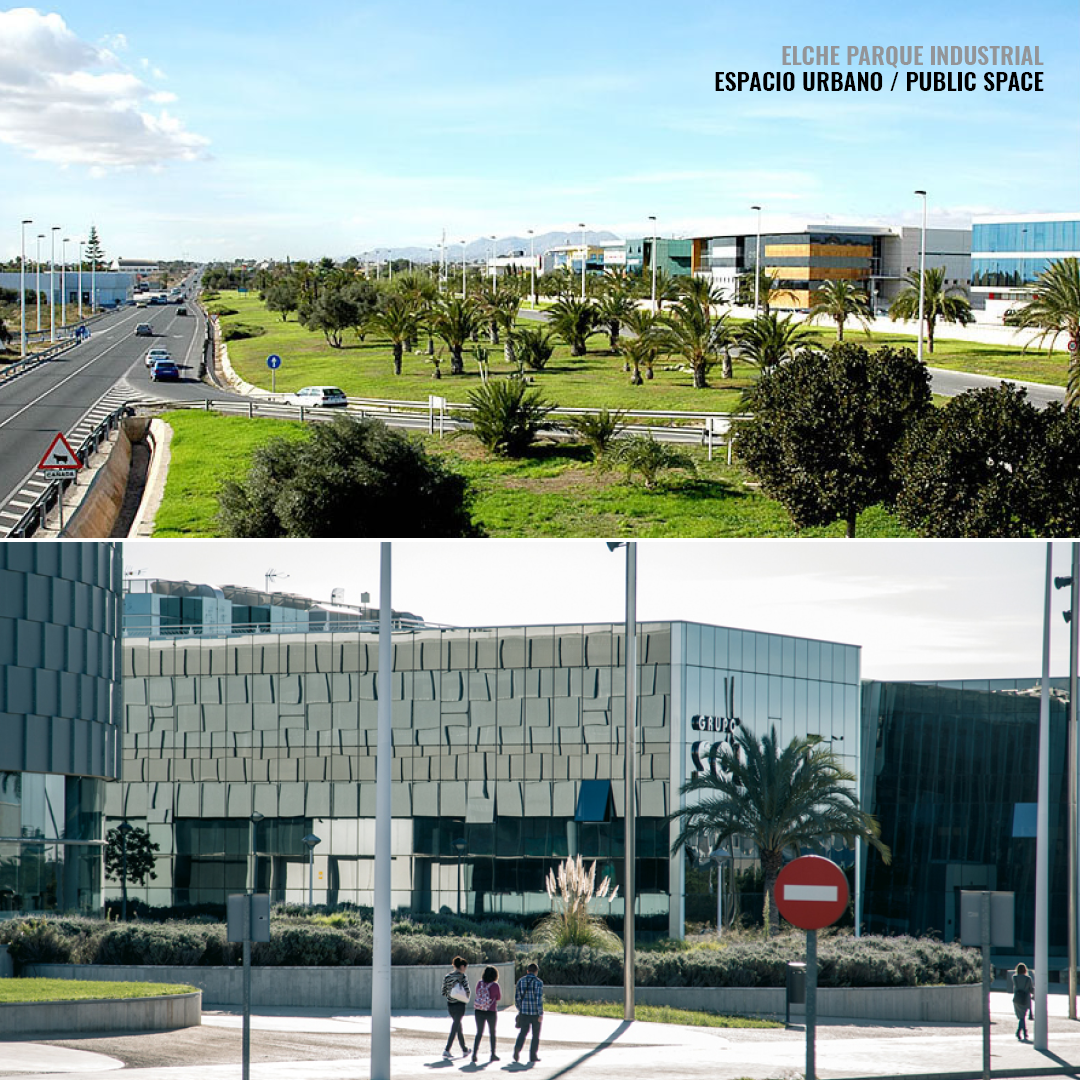 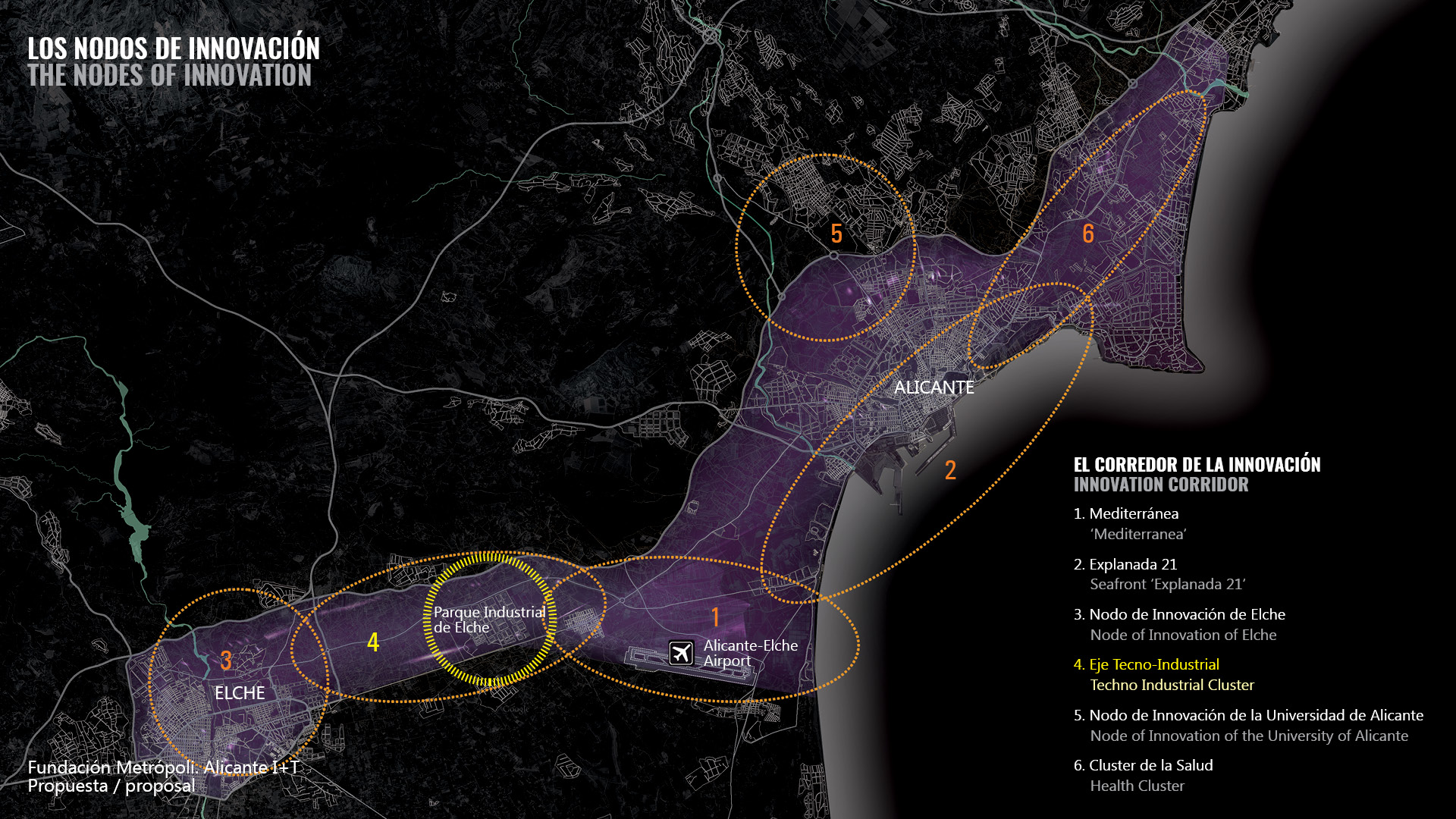 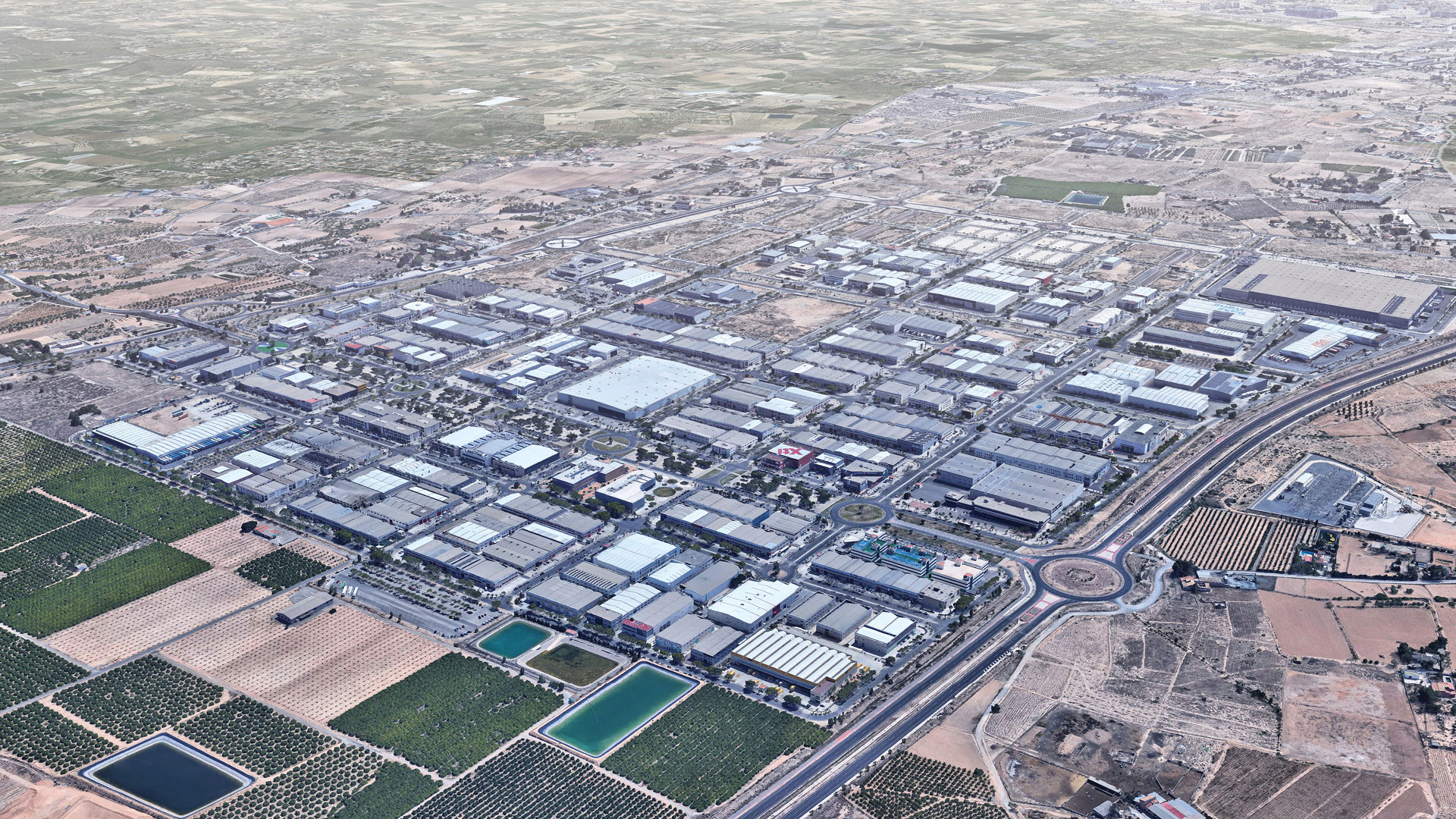 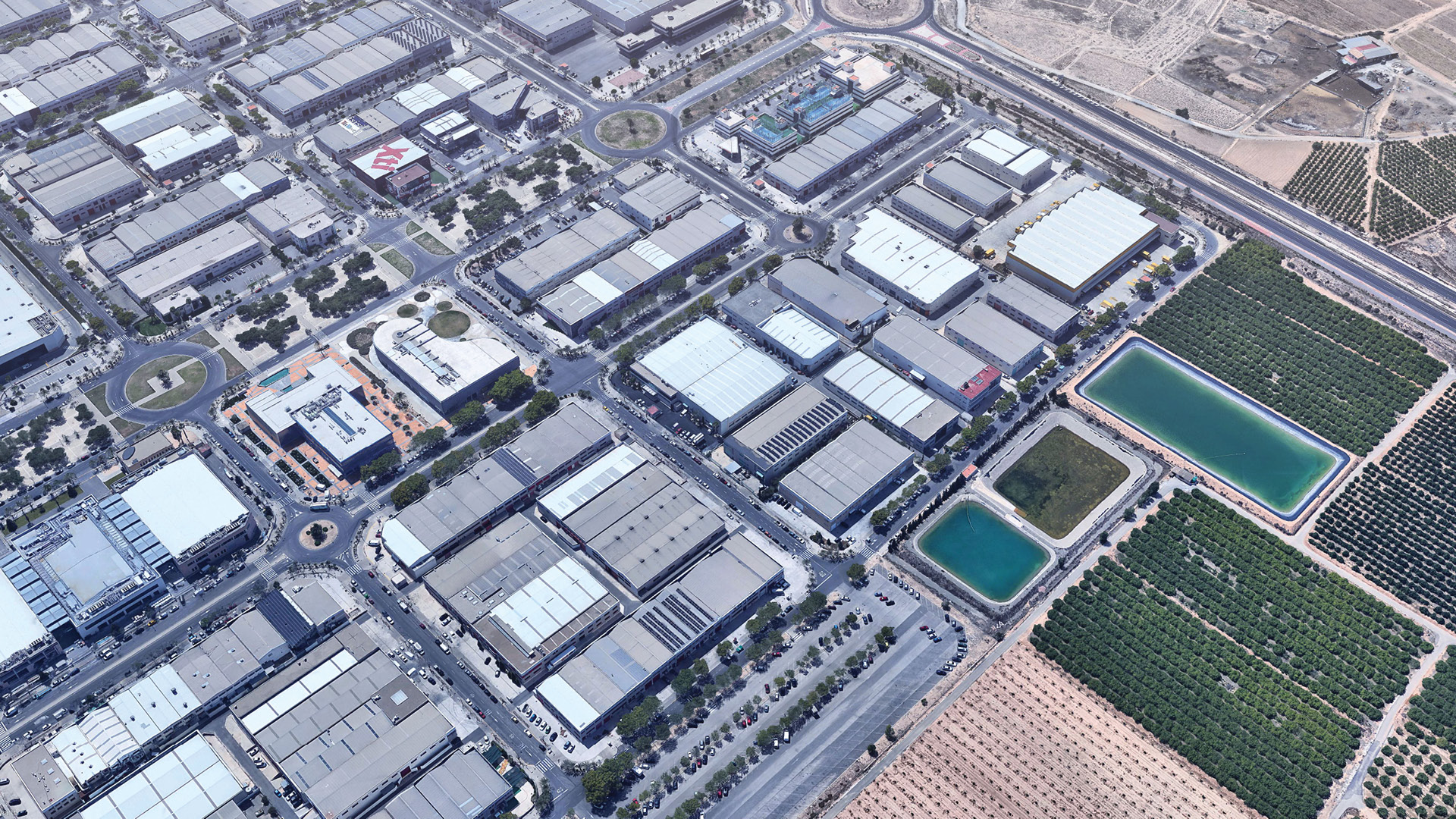 Elche Industrial Park is an important productive space in the province of Alicante, whith 12,000 workers and 700 companies, including Tempe, the shoe factory of Inditex. It is one of the economic engines of the Spanish uprising.

It was designed by the teams of Metropoli Ecosystems in the early 90’s. It forms part of the Linear City of Industry raised in the project Triángulo Alicante-Elche-Santa Pola. It is characterized by an efficient and rational urban design, urban facilities of quality, mix of uses and existence of urban spaces of relation like a boulevard, squares and parks.