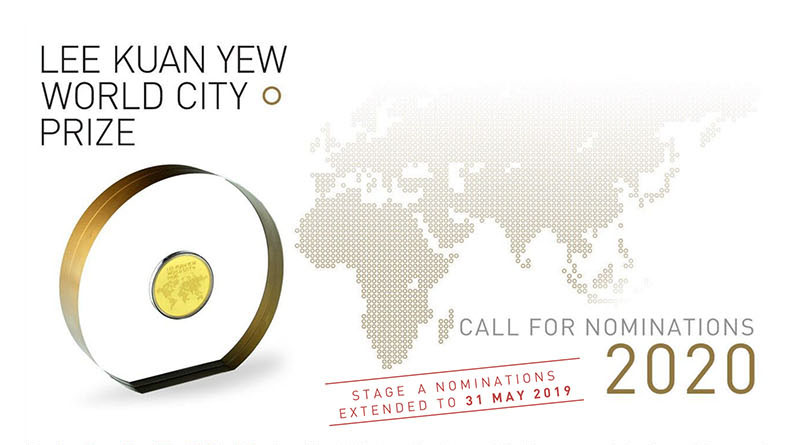 The Lee Kuan Yew World City Prize is a biennial international award that honours outstanding achievements and contributions to the creation of liveable, vibrant and sustainable urban communities around the world.

We would like to inform you that the Stage A Nominations for the 2020 Prize is now extended to 31 May 2019. 2020 marks the 10th-year anniversary of the Prize. Be a part of the joyous occasion.

We look forward for the 2020 edition!

We use our own and third-party cookies to analyze our services, based on your browsing habits (for example, pages visited).AcceptGet more information here